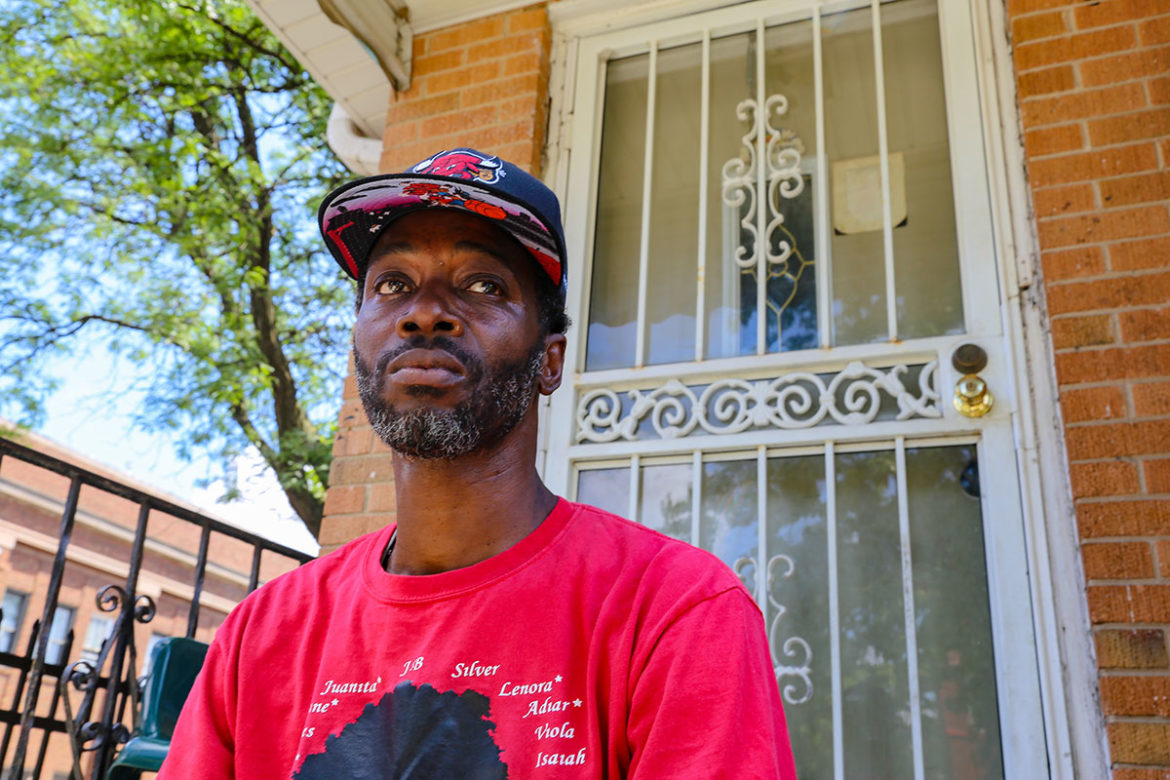 Charles Green says it's been a "waiting game" as he's spent years fighting to clear his name of a crime he says he didn't commit.

Charles Green has been out of prison for more than a decade but is still fighting for one simple thing: his good name.

Imprisoned since he was just 16 years old, Green was convicted of a 1985 quadruple-murder based on a confession he says was coerced by a Chicago police officer who years later was convicted of sexually abusing women during traffic stops. Released in 2009 after 24 years in prison, three years after the alleged killer in the gruesome crime got his conviction overturned, he’s been continuing the fight to prove his own innocence that began while he was still a teen in prison. That process has since thrust him into the center of a battle over decades worth of Chicago police misconduct records.

In 2015, Green filed a Freedom of Information Act request asking broadly for all police misconduct files dating back to 1967. When the department failed to respond, they surrendered their right to deny the records request as “unduly burdensome.” The fight for the records stretched out for five years before a Cook County judge ordered the department to release the records by the end of 2020.

Obstructing that release was another lawsuit, in which the Fraternal Order of Police was arguing that misconduct records should be destroyed after five years. In June, the Illinois Supreme Court ruled against them, nullifying a clause in their contract that would allow for the destruction of those records.

The city attempted to settle the FOIA lawsuit earlier this year, possibly escaping compliance, but Green refused the offer. Then, the city bumped up the payment amount to $500,000, according to his lawyer Jared Kosoglad.

That deal landed in City Council this week, but was deferred as aldermen work on an ordinance that would establish the process to release the misconduct records. The delay buys the parties involved more time for alternatives, such as releasing the records through legislative means.

Green has exhausted all legal remedies to prove his innocence in court,  Kosoglad said, but a petition for clemency was filed to Gov. J.B. Pritzker on July 21.

We spoke by phone with Green to find out more about who he is, what the settlement would mean to him and what this fight is all about.

This interview has been edited and condensed for clarity.

Who is Charles Green?

Charles Green is a guy who was raised in prison … At the young age of 16, I ran into a problem where the police put a case on me that I knew nothing about. Due to a statement that they forced up out of me caused me to spend all those years locked away. So things didn’t begin for me until the age of 40.

What do you gain by proving your innocence at this point?

First of all, I gain my name back because they destroyed my name. I don’t know, I probably would have came out of school and became a doctor, a lawyer or it’s even possible I could have been on the force. I don’t know because these years were stolen from me.

You’ve been out of prison for a few years now. What do you do?

It’s limited as far as what I can do. For one, as far as background checks that they do,when this pop up even though the crime did happen like thirty years or whatever, it still goes against you. When I was doing [job] applications, you’d have to answer certain questions. You can’t just leave it out and you can’t leave it blank. I always tell them the truth and I answer all the questions correctly, but I haven’t been able to land a job. The only way I can get a legitimate job is go through a temp agency. But my vision has went bad due to glaucoma.

Do you have any other health concerns? How long have you had glaucoma?

That’s the only one that’s hampering me … I don’t know, but I did notice when I was in [prison] it used to always feel like something was in my eye. You know how sometimes you wake up it’ll be cold in your eyes? That’s one of the things I would always notice when I was incarcerated. When I came home and went to see a couple of doctors that’s what they discovered. And they said it was the worst case.

No. Probably one or two people. I have a brother that is older than me, I talk to him a lot and I talk with my father a lot. Thank God that he is still here.

What’s your ideal outcome from this lawsuit?

The first thing is to make sure I have a stable place to live and not have to constantly move from here to there.

What does this moment with people protesting in the streets against police misconduct daily feel like?

A lot of times I say to myself: Wow, it took all of these years for a lot of people to start realizing and understanding that not all cops are in your best interest. Some of them are just there for a check. Then you got some that’s about doing their job wholeheartedly. Then you got those that do their job and step out of the rims and when they step out of the rims of their job — the rules and the guidelines — that’s when stuff like what I have experienced comes about.

What was your reaction to being offered half a million dollars for the settlement?

I was like I don’t know because the price of living is high. That can go in no time if you’re not careful with the things that you buy.

Do you see this money as hush money?

Somewhat I look it at it like that, like its hush money, because it’s certain things in those files that would shock the public.

What happened that day when police say you pushed a doorbell?

That day never existed because none of that ever happened. The police forced me to share a lot of things that was said.