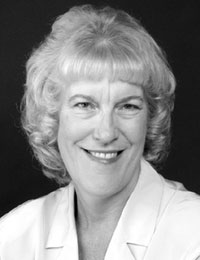 School districts are required by law to evaluate teachers, but for most, the process is more about paper pushing than professional growth, says education consultant Charlotte Danielson, who has been tapped to advise Chicago Public Schools on how to revise its teacher evaluation process.

“In many places, it’s a big waste of time,” she says, because there are no clear descriptions of good teaching.

Danielson’s standards-based model defines good teaching as expertise in four domains: planning and preparation, classroom environment, instruction, and professional responsibilities. Each of those four categories is further broken down into related skills.

Planning and preparation, for example, encompasses such skills as knowing content and pedagogy, designing coherent lessons and assessing what students have learned.

With Danielson’s scoring template, school districts then design a set of procedures to measure those skills. For example, it may include traditional observation of classroom performance, review of teachers’ lesson plans and other work products, and some measure of how teachers communicate with families.

Danielson cautions that the checklist of skills should be used as a guide. “It’s a mistake to be very rigid and formulaic about this,” she says. “It’s better to use those rubrics for feedback and dialogue, and then make a more holistic judgment.”

The National Association of Elementary School Principals is a fan. The Danielson rubric gives teachers a stable set of targets to work toward and provides administrators benchmarks for how to judge them, says Associate Director Ann Walker, who recently retired.

According to Danielson, hundreds of school districts around the country are using her rubric, and Delaware and Pennsylvania use a standards-based tool for teacher assessments. Although districts “are all over the map,” the system has found easier acceptance in suburban districts than urban ones, she says.

Critics of Danielson’s model note that it’s not tied to how students do in class and on tests, and say that it requires a burdensome amount of documentation. They also say it can be used punitively.

William Sanders, a researcher who has created a system to use student test scores to measure teacher performance, says Danielson assumes wrongly that a certain set of teacher skills and knowledge will invariably bring about better results. “It’s based upon the assumption that the process is highly correlated with the outcome,” he says.

But Allan Odden, lead researcher of the Teacher Compensation Project at the University of Wisconsin, dismisses that critique. Danielson’s system “is fair, valid and reliable in the places we’ve studied,” Odden notes. To skeptics who wonder whether the model can be used to make decisions and determine consequences, Odden has a quick response. “The answer is yes.”

Danielson counters that while student performance is relevant, the assessments “aren’t very good.”

National union leaders like the emphasis on improving skills but have some concerns. Tom Blanford, who oversees teacher quality issues for the National Education Association, complains about too much paperwork. “It tends to be cumbersome,” he says.

And Rob Weil, a deputy director at the American Federation of Teachers, worries that the program can be converted into a point system that determines teacher compensation. In those cases, “it’s gone from a supportive mechanism to a punitive mechanism,” he says.

In Newport News, Va., the school district uses Danielson’s framework to make decisions about whether to retain or fire teachers, not to determine pay scales, says Kathleen Pietrasanta, who coordinates staff development. Teachers are rated in each of the model’s 22 skills, and in an additional category, added after the Columbine High School shootings, that scores teachers’ ability to handle emergency situations.

To apply the rubric to pay, Pietrasanta says all principals would have to be trained to use it the same way. Now, she says, ratings are “all over the board.”

Danielson says she avoids getting involved with performance pay, although some districts she’s worked with have adapted the rubric to help them determine raises. “I prefer to stay outside of that debate on money,” she says. “It can set up competitive stuff between teachers.”

She prefers to limit the use of her rubric simply to make judgments about whether additional training is needed. “It doesn’t seem to me that what I’m offering is that big a departure from common sense,” she says. “I’m always amazed when people act like this is news. It’s what you do in every other field.”