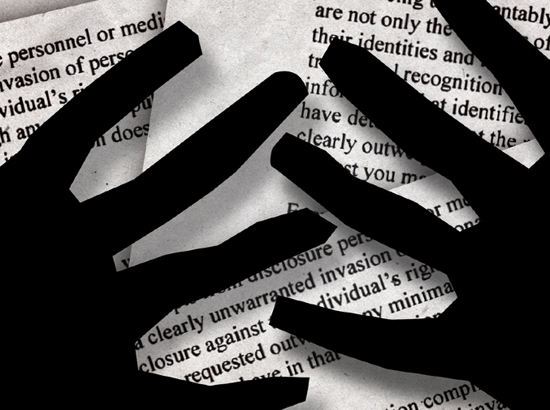 Cubic Corporation, the parent company that runs Cubic Transportation Systems, responsible for the CTA’s much-loathed Ventra fare system, has deep business ties to the military. Cubic provides weapons training for the military; offers technology that transmits surveillance data from unmanned aerial vehicles, also known as drones; and tracks assets all over the world for both private and military clients.

Cubic Defense Systems bills itself as the world’s leading provider of “realistic air and ground combat training systems.” In fact, the company’s operations are so wide-ranging that its website says “nearly every U.S. and allied soldier and fighter pilot has trained or will train for a mission using Cubic equipment.” Among the entities it contracts with are the U.S. Air Force, Marines and Navy, as well as the British Army and the Serbian Armed Forces. Other contracts the company holds are less clear. A newsletter in which it wrote at length about Cubic Transportation System’s $454 million Chicago contract also boasts about a more than $120 million contract with an unnamed “major Middle East customer.”

Though the company’s defense sector works primarily on military training–training systems made up 86 percent of Cubic Defense System’s sales in 2012–it also has subsidiaries that work with national securities intelligence. Abraxas Corporation, which operates under Cubic Support Mission Services, develops technology for national security intelligence and assists in data warehousing and management.

Abraxas came under scrutiny for its work in connection with the furor surrounding TrapWire, a surveillance system that connects data from thousands of security cameras in select cities around the country and at times makes it available to the FBI and the Department of Homeland Security, according to a Gawker round-up of information on TrapWire.

Soon after the extent of the surveillance done by TrapWire was revealed in emails made public by Wikileaks, PrivacySOS, a blog run out of the American Civil Liberties Union of Massachusetts, connected Abraxas Corporation, a subsidiary of Cubic, to Abraxas Applications, the Virginia-based company that sold TrapWire.

The concern, as elicited by PrivacySOS, was that: “Cubic oversees or owns a number of services and companies that deal in the extremely private data of millions of ordinary people. It’s therefore understandable that the $1.2 billion corporation didn’t want to be seen as having anything to do with TrapWire, a surveillance, ‘predictive intelligence’ and data-mining company marketed to governments and corporations.”

Similarly, as the company running the fare collection system for the Chicago Transit Authority, Cubic Transporation System will have access to data about millions of Chicago transit riders.

Kim Gregory, a spokeswoman for Cubic Corporation, said Cubic Transportation Systems and Cubic Defense Systems are entirely separate entities and not connected through anything but ownership.

The CTA declined to comment on the connection, saying only that the Chicago Transit Authority was simply a transit agency that had contracted with Cubic to install a fare system.

But Megan Groves, a Wicker Park resident and activist who helped organize Tuesday’s protest against the Ventra fare system, said she isn’t convinced. The access Cubic Transformation Systems has to rider information on cards that have been verified, and Cubic Support Mission Services work with national security intelligence, makes her wonder if she should be worried.

“It bothers me that the CTA would be in bed with a military company,” Groves said. “It seems like more stuff is coming out all the time about how we are spied on. I know there are people out there who see me as a troublemaker, and now I do care more about government surveillance of myself and my activities.”

This includes the protest she has been part of organizing, scheduled to take place Tuesday evening at the Chicago Transit Authority budget meeting.

“I know everyone is frustrated with Ventra,” Groves said. “I’m excited about the possibility of getting people who don’t normally go to protests to a protest. It’s a good way to get a conversation started about privatization, because it’s not a good thing.”