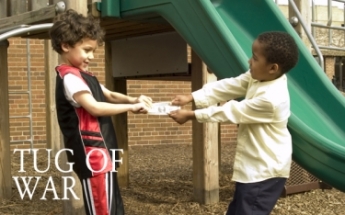 A new Chicago Reporter analysis of school funding data shows the long-term disparities in school funding as area civil rights leaders filed a lawsuit against the state and its school board for providing that inequity.

The Chicago Urban League and the Quad County Urban League on Aug. 20 filed a lawsuit in Cook County Circuit Court against the State of Illinois and the Illinois State Board of Education, claiming the defendants violated students’ civil rights by providing unequal funding to schools based on race, particularly black and Latino students. [Click here to download the groups’ press release.]

The Reporter analyzed funding for 857 elementary, high school and unit districts in Illinois and found wide gaps in funding. According to the Reporter’s analysis:

–¢ Due to the primary reliance on local property tax revenue for school funding, there are massive cumulative gaps in per-pupil spending, particularly in poor or minority communities. The 6,413 students who started elementary school in Evanston in 1994 and graduated from high school in 2007 had about $290 million more spent on their education than the same number of Chicago Public Schools students.

–¢ Many of the school districts that spent the most per-student received at least 90 percent of their money from local property taxes. Yet, these districts tended to tax themselves at far lower rates than their poorer counterparts.

–¢ The percentage of state contribution to school funding has decreased four of the last five years and is one of the lowest in the nation.

“We have an educational system in Illinois that discriminates against minority children and those who should be held responsible for overseeing it, are doing nothing and very little about it,” said Cheryle Jackson, president and CEO of the Chicago Urban League, at a press conference to announce the lawsuit. She was flanked by advocates, ministers and civil rights leaders.

The issue of school funding has long been a contentious issue, recently gaining steam as state Sen. James Meeks rallied for a Sept. 2 school boycott. Meeks, who attended the press conference and planned to hold a rally later that evening at the church that he pastors, Salem Baptist Church of Chicago, would not comment about the planned boycott.

“By definition, lawsuits pit side against side,” said Chicago Public Schools CEO Arne Duncan. “We should all be on the same side when the issue is properly funding the education of 2 million children throughout our state.”

Click here to listen to a discussion on funding inequities for public schools and the calls for Chicago Public Schools students to boycott their first day of classes on Sept. 2.

Read the Reporter’s past coverage on school funding gaps.

Read the past coverage on school funding by the Reporter’s sister publication, Catalyst Chicago.