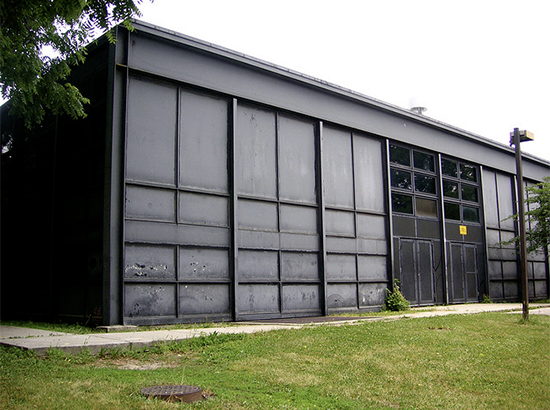 CPS officials made the surprise announcement Friday that they want proposals for a new, open enrollment neighborhood high school to be located at Dyett High, the Washington Park school that is in the last year of being phased out.

Jitu Brown of the Kenwood-Oakland Community Organization, who has been leading community activists, parents and students in an intense fight to keep Dyett open, declared it a victory. But with many questions still outstanding about the school’s program–and in particular, whether a private operator will be chosen to run the school–Brown said it’s not a complete victory and emphasized that the win didn’t come easily.

“None of this would have happened without the diligence of the community,” he says. “This is not an example of a responsive elected official or government.”

Over the past four years, numerous rallies and sit-ins were held and several people were arrested as they battled to keep Dyett a neighborhood school and to save it from the chopping block as dozens of other schools in black communities were closed. Brown and the coalition’s main concern was that Dyett’s closure would leave the surrounding neighborhood without its own high school and students would be assigned to Phillips, which is about two miles away.

CEO Barbara Byrd-Bennett said in a press release that she looks forward to working with the community. CPS spokesman Bill McCaffrey said the Dyett request-for-proposals to run the school will be separate from a request for new charter schools, which also will be issued in December. He said the Dyett site will not be open to charter operators, but contract schools will be considered. (Contract schools operate under much the same rules as charters.)

The new Dyett won’t be opened until the 2016-2017 school year, which means the site will sit vacant for a year.

Dyett’s potential closure became the focus of a federal civil rights complaint filed with the U.S. Department of Education by activists in Chicago and in other cities where school closings hit African-American communities. Students accused CPS of using tactics to drive students out and alleged that keeping resources from their school violated their rights.

A plan for teaching global leadership

Brown questioned why the district is even putting out an RFP and said the community does not want a private operator running the school.

“We want this to be a CPS school and we want them to use our tax dollars to run it,” he says. “Just like they do in Lake View, we want a CPS neighborhood school with high expectations.”

Also, Brown says he sees no reason that the high school can’t be open next school year. The Coalition to Revitalize Dyett has already been having regular meetings and will have a second retreat on Saturday.

The coalition has a plan already developed to turn Dyett into a school focused on “global leadership and green technology.” The plan was developed over a two-year period by various groups, including the Chicago Teachers Union, Teachers for Social Justice and the well-regarded Annenberg Institute for School Reform at Brown University.

The coalition got more than 2,000 signatures in support of the plan and it has the backing of the Kenwood and Bronzeville Community Action Councils, as well as DuSable Museum and the Metropolitan Tenants Organization.

Activists have also complained about conditions at Dyett as it is being phased out and students fanned out to other schools; this year, only 13 students enrolled in the school. For example, activists complained about students having to use the back door for entrance and as the numbers decreased, an increasing number of classes were taught online.

Earlier this year, Mayor Rahm Emanuel met with activists and students and agreed to let the students enter through the front door, have a gym teacher and host a prom.

From our sister publication Catalyst

is an associate editor for our sister publication, Catalyst Chicago.