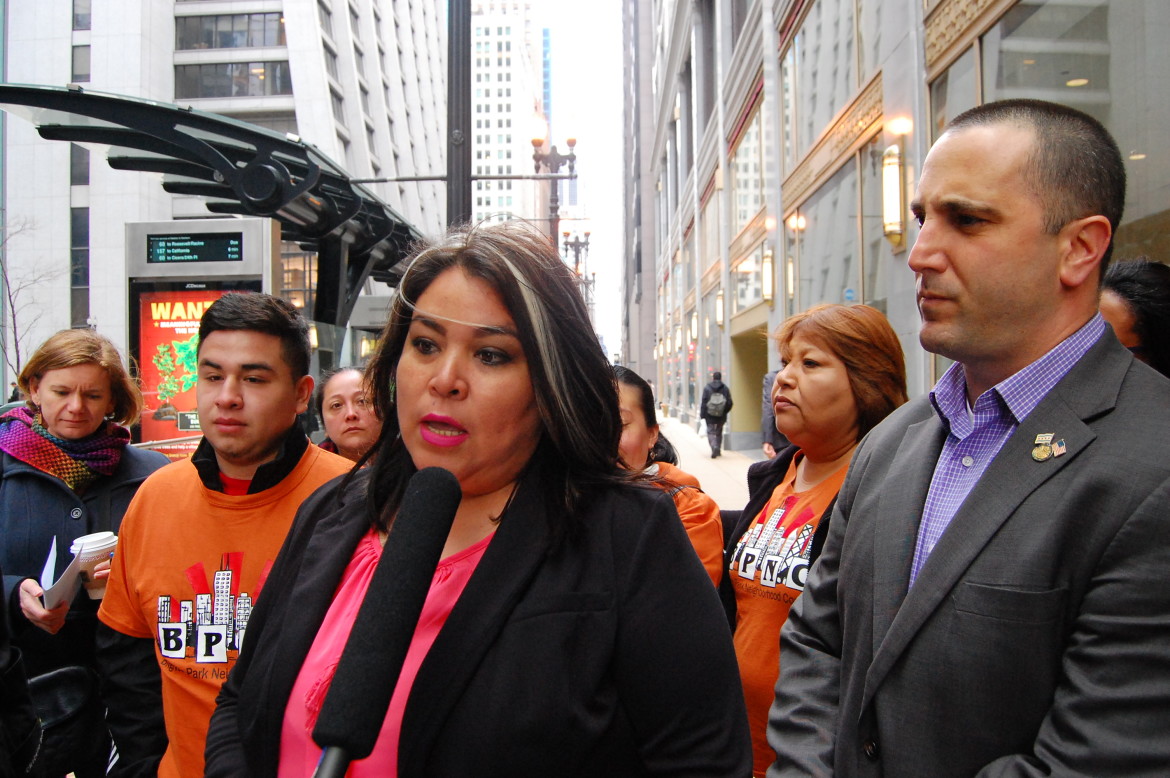 Critics of charters say the move will drain even more students from struggling neighborhood schools in some communities. But Chicago International’s Interim CEO Michael Bower said the move would help transient families and make it easier to transfer students for safety reasons or to pair up siblings, while allowing money to “follow the student.”

Together, the three networks could re-allocate up to 5,200 seats from schools that are not at capacity, including schools where grades are still being adding, according to an analysis of enrollment data. Charter officials point out that not all schools have space to accommodate more students, even if they are entitled to more slots, and would require renovations or additions.

The School Board also approved an additional 339 seats at privately run schools, with increases for two LEARN Charter campuses, Rowe Elementary Charter School and Chicago High School for the Arts, a contract school.

But the district didn’t recommend a proposal for a new 200-student Magic Johnson Bridgescape Academy that had been sought by Edison Learning for the Grand Crossing area, despite some community support at a public hearing. And the board revoked a plan for Ombudsman Educational Services to open a new campus this fall for 350 students after it failed to find a site. Ombudsman will also delay the opening of a campus planned for fall 2017 and Pathways in Education will no longer open a new campus this fall.

Charter opponents gathered outside the board meeting to call on state and city officials not to spend $42 million in federal grant funding to open new charter schools.

“It’s diluting the funding in all of the schools and we’re losing so many programs for our children,” said Chini Na Farfan, a parent from Belmont Cragin whose children attend Steinmetz High School and Lyon Elementary.

Separately, the district has yet to reveal any new charter proposals, which were due this week. In February, 16 operators expressed their intent to apply to open 21 new schools.

Activists and some elected officials have asked the district to halt the opening of new schools so the cash-strapped district can focus on existing ones, especially struggling neighborhood schools.

In recent months, elected officials have raised louder opposition to charter expansion. A group of about two dozen aldermen—many from the City Council’s progressive caucus—as well as about 30 state legislators are sending letters to Gov. Bruce Rauner, asking that his administration not spend the federal grant to expand charter schools.

Some of them also expressed concern that the grant was applied for without approval from the two houses’ education committees or an evaluation of whether there was community support for more charters, especially in tough budget times.

CPS held a sparsely attended hearing on the charter amendments and renewals last week while families and teachers were on spring break.

A spokeswoman for the Illinois Network of Charter Schools declined to say whether the advocacy group had assisted the three networks in asking for amendments to their charters, but called it “sound policy” because networks with multiple campuses usually manage their enrollment centrally.

But critics fear the change will pull more students from neighborhood schools already struggling with enrollment loss and funding cuts.

According to reports the charter networks have filed with the state over the last two school years, campuses with longer wait lists on the 20th day of school tend to be clustered in certain parts of the city, namely near the Loop or on the Northwest and Southwest sides.

Noble’s centrally located campuses were more likely to have longer wait lists, while South and West Side schools—more heavily attended by African-American students—tended to have open seats.

At CICS, schools in neighborhoods like Bucktown, Irving Park, North Park and Belmont Cragin reported higher demand, while there was virtually no wait list for struggling campuses, like ChicagoQuest, a Near North Side school that nearly closed this year, and the Larry Hawkins campus in Altgeld Gardens, which will close at the end of this school year.

At UNO, several schools clustered on the Southwest Side, as well as one in Belmont Cragin, reported higher demand.