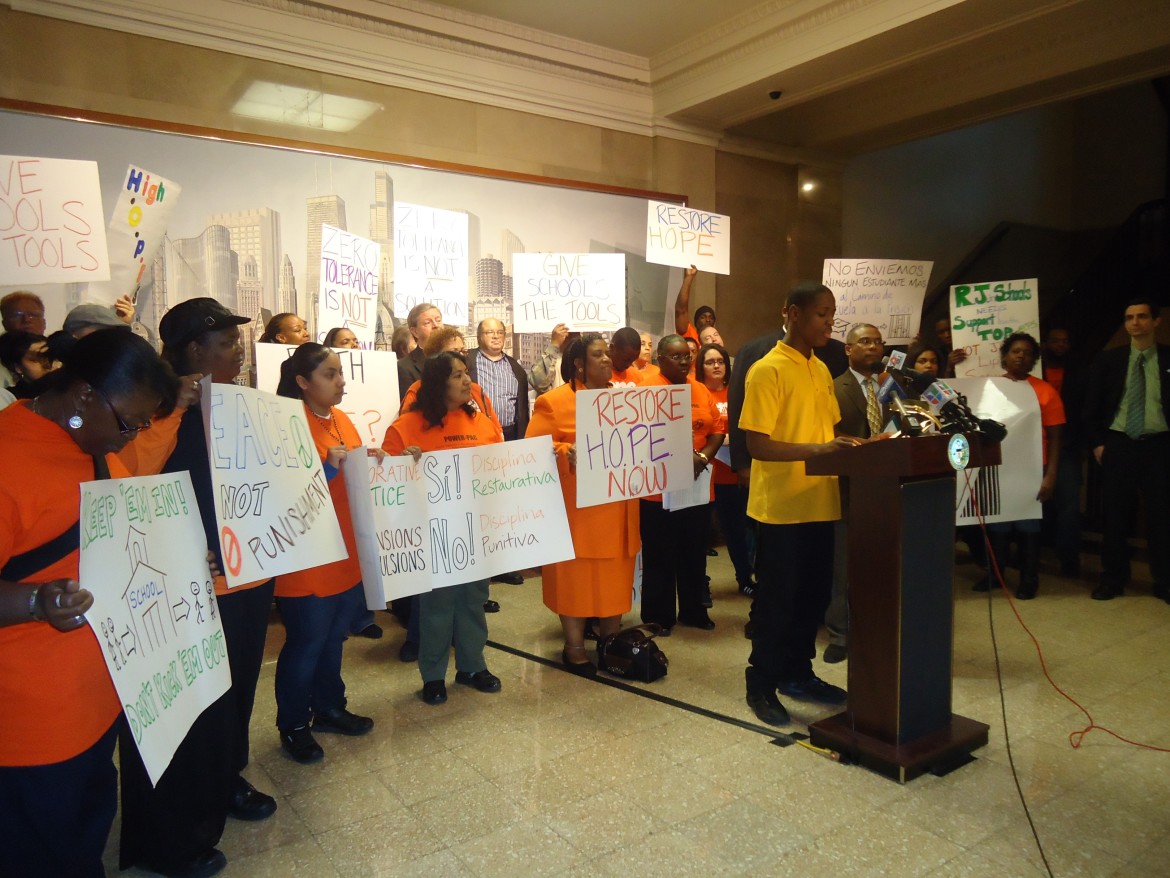 Representatives from the High HOPES (Healing Over the Punishment of Expulsions and Suspensions) campaign gathered at City Hall Wednesday, calling for restorative justice practices in CPS and “ending the school-to-prison pipeline,” said Lynn Morton of the parent group POWER-PAC, a member of the campaign.

High HOPES released a report that advocates replacing zero-tolerance discipline policies with restorative justice, a strategy that has never taken strong hold in CPS because of a lack of resources.

Wednesday’s event comes a week after U.S. Secretary of Education Arne Duncan acknowledged that African American students in CPS and elsewhere around the country are more likely to be suspended than their peers.

High HOPES recommends CPS “proactively pursue a district-wide reduction in suspensions and expulsions by 40% in the coming school year” and develop a sustainable plan for implementing restorative justice in schools.

Restorative justice is a strategy that aims to build relationships and prevent violence rather than punish offenders, through strategies such as peace circles, peer juries and community service. The report cites successful programs elsewhere, such as in Cole Middle School in West Oakland, California, which introduced restorative justice in 2005 and saw an 87% decline in suspensions from 2005 to 2009. West Philadelphia High School observed a 50% decrease in suspensions and a 52% decrease in violent and serious occurrences from 2007 to 2008.

“We want young people talking to each other, not acting violent toward each other,” said Ald. Walter Burnett, a High HOPES supporter.

Orr Academy High School student Malachi Hoye underwent extensive training in restorative justice with the organization Blocks Together. “We have students, but we need administrators to get it off the ground,” he said, adding that after being suspended or expelled, “kids end up on the street and then never go back to school.”