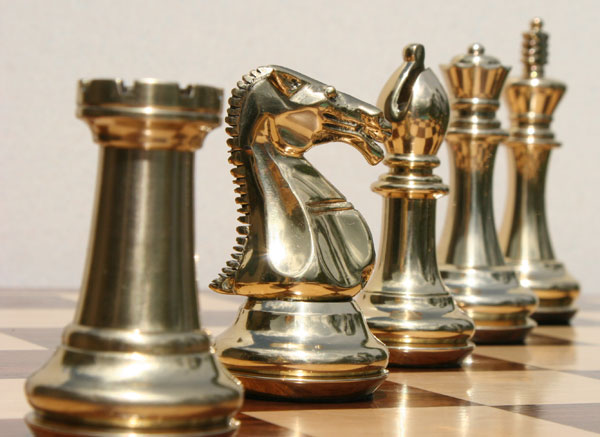 Mayor Rahm Emanuel and the Chicago Public Schools frequently speak about the pursuit of excellence for our children. Their intentions are good, but bureaucracy, budget woes and special interests often get in the way. Chicago’s approach to scholastic chess is a telling example.

Chess is unquestionably one of the best tools for developing young minds and providing safe after-school alternatives.  New York City gets it.  They have 23,000 players in K-12.  Their kids dominate national tournaments.  Regardless of their socio-economic background, kids in New York City have access to chess.

Our mayor gets it, too. In a recent letter accepting an award naming Chicago “Chess City of the Year” he wrote, “It is no secret that learning the fundamentals of chess and playing regularly directly impacts success in the classroom, extracurricular activities, and in life. Chess promotes the important qualities of decision-making and sportsmanship … [and] serves players well in their endeavors within a variety of business, professional and academic areas.”

So how does Chicago’s program stack up? Chicago has a mere 1,500 players in K-12, and our kids rarely even show up for regional and national tournaments. Roughly 10% of Chicago schools have chess programs in comparison to percentages as high as 80% elsewhere.

Why should a first-class city have a third-class chess program?

It isn’t that no one has tried.  In 2011, the Illinois Chess Association (ICA) proposed to build a chess education program across the entire CPS system.  ICA offered to raise independent funds for the program and build the organization the schools need.  Like New York City, Chicago could enjoy a central chess office that would promote chess, train educators, run tournaments, and recruit nationally-ranked players as coaches.  The program was endorsed by virtually the entire Illinois chess community, including all of the state’s Grandmasters and International Masters, the elite of the chess world.

The Mayor’s office suggested modeling the program after the Chicago Debate League, in which an independent non-profit raises funds, sets rules in a partnership with coaches, and hires staff.  That way, the program would be run for the benefit of our kids and no one else.

ICA then pulled together a blue-ribbon fundraising team comprised of leaders in the finance and business community.  This team is ready to raise the necessary funds for scholastic chess, in large part because these business leaders know how much they (and their children) have personally benefited from chess. (The team wrote a letter to city leaders about the matter.) The team said the new program should be run independently of CPS, aim to build competitive excellence, and seek to ensure integrity by choosing providers through an open, transparent, merit-based system.

So ICA has offered Chicago both the expertise and the money to build a non-profit scholastic chess program that rivals New York City.  It wouldn’t cost the city a penny. But the program is dead in the water.  Why?  Because of turnover of CPS administrations and senior staff, bureaucratic hurdles, and opposition by a few private chess companies who charge fees for their services. That’s myopic. New York City’s free program created 23,000 new players, many of whom take paid private lessons and attend chess camps and tournaments run by these companies. But more importantly, the job of CPS is to educate our children.  We don’t back away from teaching reading or math in order to enhance the opportunities for private providers.

So where are we? CPS is discussing a much smaller plan, short on ambition and vision and hobbled by compromises. It would be run by a small number of hand-picked private providers and would have none of the components of a world-class program. It also ignores the model which has yielded the most success, where clubs are run by trained and dedicated teachers, where chess is taught at multiple skill levels–including by top titled players–and where parents provide input and oversight to ensure quality. The best example is Whitney Young Magnet High School, which has excelled at state and national competitions. What the city needs, and won’t get with its current approach, is 100 Whitney Youngs.

All ICA has asked of the city is an endorsement which would signal its commitment to a strong independent program operated solely for the benefit of our kids. The endorsement would in turn send the right signal to potential donors.

The Debate League model would work. Although the League’s office is independent, it works closely with a designated CPS liaison.

Fourteen of those involved in the ICA effort have produced city, state or national champions. In their letter to the mayor last year, the state’s Grandmasters and International Masters said, “Only the ICA has the energy, vision and expertise to build a top quality program and has done the careful planning required.”

The key point is that CPS chess must be run by experienced non-profit chess leaders not concerned about their private interests and focused solely on kids — especially disadvantaged kids, who need chess the most.  ICA is happy to be the team that delivers this program, and has volunteers and fundraisers in place to make the program work.  At the same time, we are happy to augment our team with others or to support another non-profit group run by experienced chess leaders free of conflicts of interest.

Without a bolder plan, we will be left with the embarrassment of Chicago chess, a world in which scholastic chess is nominally run by the CPS Sports Department, but no staff person is assigned.  A world in which CPS offers a teacher $440 per year to be a chess coach, while offering more for that teacher to coach a pom-pom squad. A world in which our kids graduate without the critical and strategic thinking skills that they need to get good jobs.

With youth unemployment running as high as 73%, we owe it to our kids to provide them every possible advantage.

This op-ed was submitted on behalf of the Illinois Chess Association’s Board of Directors by Jerry Neugarten, chair of the ICA’s Youth Committee.