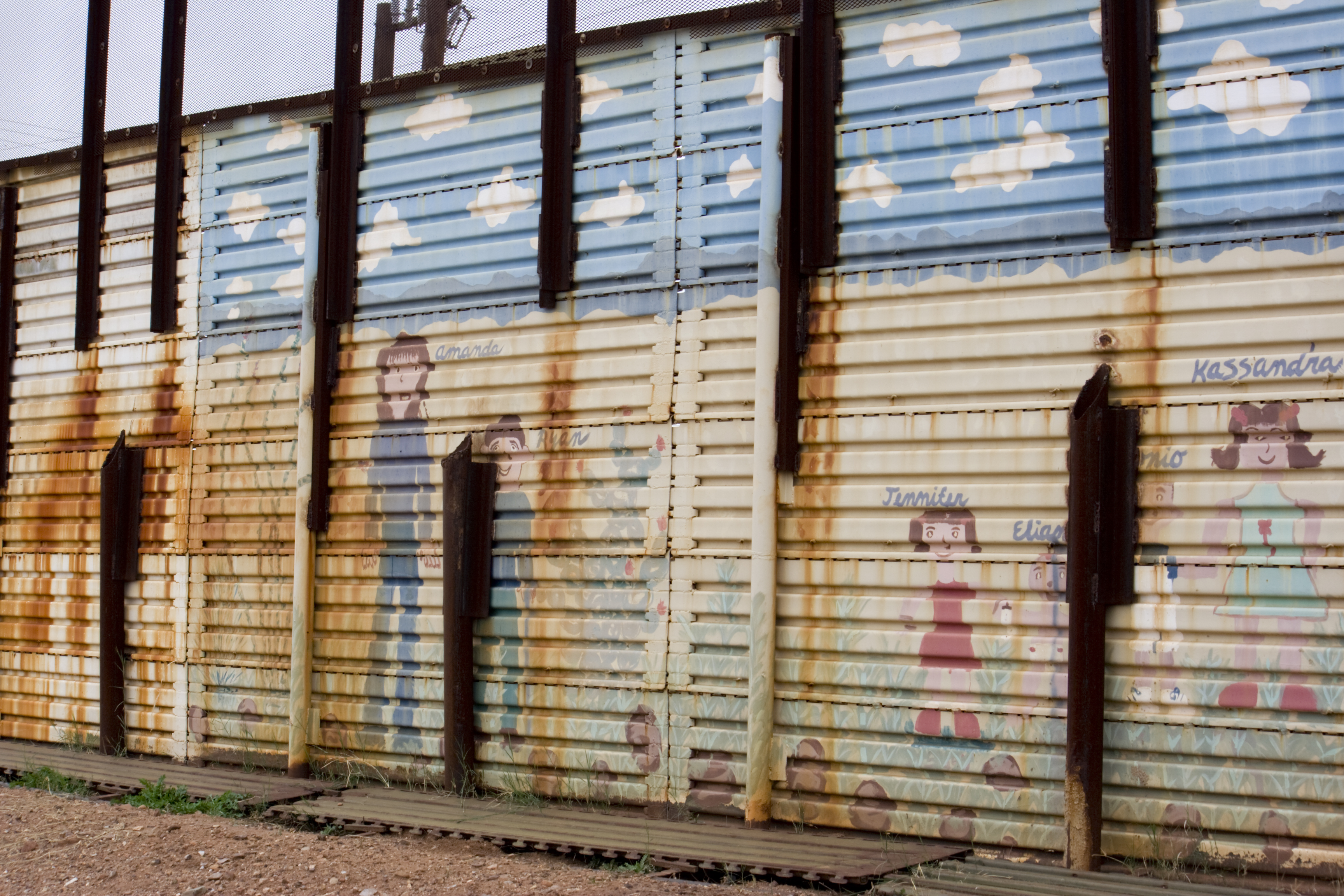 A stretch of the wall along the U.S.-Mexico border in Arizona is decorated with drawings of school kids. More than 60,000 unaccompanied children from Mexico and Central America have been apprehended trying to enter the U.S. since October 2013. [Photo by Gila Photography/Shutterstock]

Two Chicago-based organizations are asking an international human rights commission to examine the U.S. government’s treatment of thousands of unaccompanied minors who’ve entered this country from Mexico and Central America.

Last week, a petition was filed with the Inter-American Commission on Human Rights on behalf of the National Immigrant Justice Center and the National Alliance of Latin American and Caribbean Communities. The commission is under the auspices of the Organization of American States, a regional group of which the U.S. and all the countries in the Americas are members.

The Chicago groups are asking the commission to urge the U.S. to take precautions in how it treats the children and their families in this country. They also request that the commission order the U.S. to stop deporting the children and their families without due consideration of their rights to protection and asylum, said Susan Gzesh, the executive director of the Pozen Family Center of Human Rights at the University of Chicago and one of the lawyers who helped write the petition.

Since October 2013, close to 60,000 unaccompanied children from El Salvador, Guatemala, Honduras, and Mexico have been apprehended by U.S. authorities at or near the U.S.-Mexico border, according to the Pew Research Center.

The children are fleeing kidnapping, mutilation, rape and murder in their countries. They are entitled to due process under U.S. law, but they don’t have to be appointed counsel in immigration hearings, and the court hearings can often be far from where the children are located once they are released from immigration custody.

In addition, parents who want to seek asylum must pass a credible fear test, which is decided by a judge. Few have succeeded in meeting the standard for asylum.

The U.S. isn’t obligated to abide by the commission’s decision, but Gzesh said the National Immigrant Justice Center and the National Alliance of Latin American and Caribbean Communities hope the petition will create another forum to examine how this country treats unaccompanied minors who enter the country illegally.

“[The commission] can say to the U.S., ‘Do not violate these children’s human rights under the American Declaration of Rights and Duties of Man,’” Gzesh said. The declaration was adopted in 1948 at the same meeting that created the Organization of American States.

The White House is speeding up deportations, which threatens what the petition argues would be a “meaningful consideration” for children and parents to stay.

“We’re trying to persuade those in a position of discretionary authority, particularly President Obama, to help protect these children,” Gzesh said.

Children have sought refuge in this country before, with mixed results. During World War II, Congress rejected a bill that would have allowed Jewish children who were fleeing the Nazis to enter the United States.