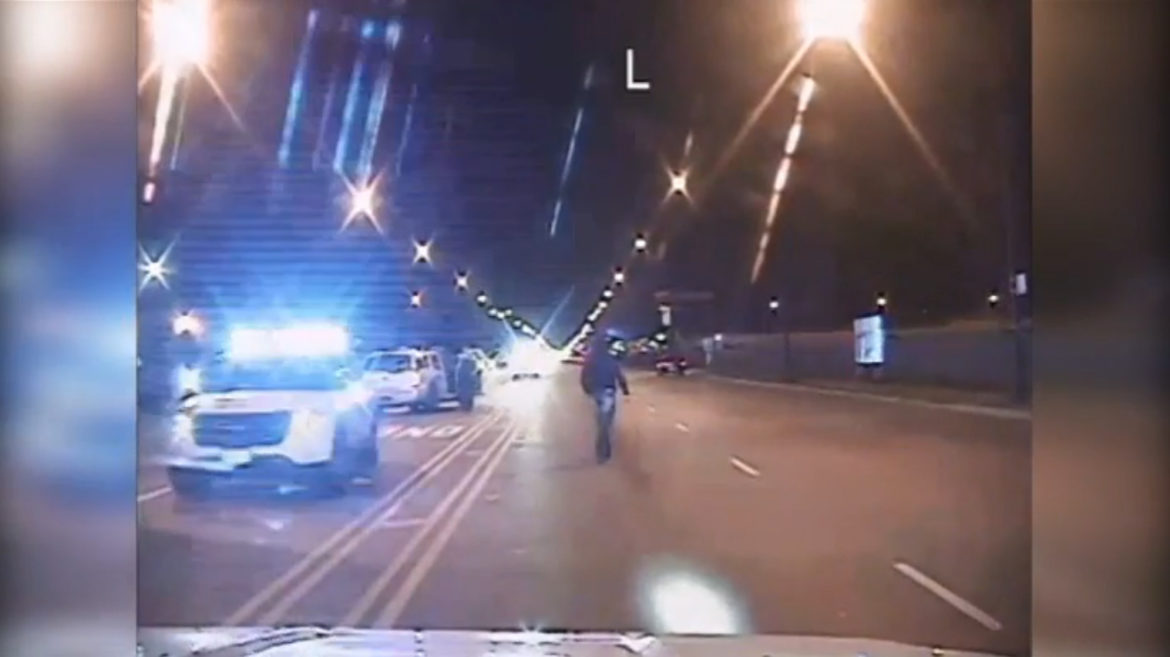 The Chicago Police Board fired four officers last month for allegedly lying about the Laquan McDonald shooting — including two officers who were named in an earlier lawsuit claiming police brutality and a cover up.

The board voted unanimously to fire Sgt. Stephen Franko and officers Janet Mondragon and Ricardo Viramontes for multiple violations, notably for making false statements to justify the fatal shooting. All but one board member voted to also fire Officer Daphne Sebastian for omitting facts that aided in protecting former Chicago police officer Jason Van Dyke, who is serving an almost seven-year sentence after being found guilty of second-degree murder and other charges last year.

Mondragon and Viramontes were also previously involved in a case where they allegedly failed to intervene and filed false reports, according to the Chicago Reporter’s Settling for Misconduct database. 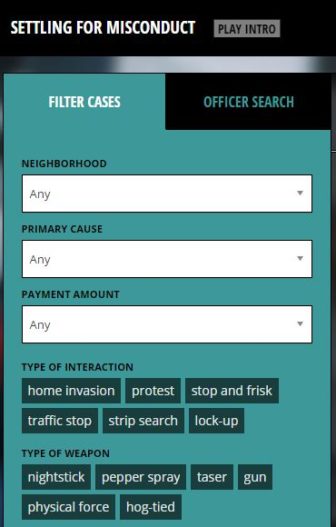 Search the “Settling for Misconduct” database, which contains all police misconduct settlements paid by the city of Chicago from 2011 to 2017.

In the Aug. 16, 2011 incident, a group of 12 officers, including Mondragon and Viramontes, stopped Michael Ayala and his brother, Adrian, at a convenience store where Michael Ayala worked. Officers handcuffed, searched and interrogated the two brothers, who asked why they were being treated this way. Michael told the officers that the cameras in the store had caught everything on tape, which caused one or more officers to start beating the brothers, according to the civil complaint filed against the City of Chicago and the Chicago police officers.

The complaint doesn’t state which officers initiated the misconduct, or whose actions resulted in the victims’ injuries. It alleges none of the officers tried to stop the beating, and they covered up their actions by arresting the brothers and charging them with several criminal charges.

Chicago police have been criticized for maintaining a “code of silence.” The code of silence pertains to a pattern of “not acknowledging the bad behavior of fellow officers, including failing to provide information to investigators, or even covering up or providing misleading information regarding such behavior,” according to a community engagement report prepared as part of police department consent decree.

According to the decision to fire the officers for their role in the Laquan McDonald cover up, made July 18, the nine-member board found Viramontes, Mondragon and Sebastian “responsible for failing to accurately report it — even when that may implicate a fellow officer,” and that they should be discharged “for telling outright lies and/or half-truths.”

The board found that officers violated multiple rules of conduct for their accounts that depicted McDonald as the aggressor and Van Dyke as the victim, and that Viramontes and Mondragon both violated a rule that “prohibits officers from making willful and material false statements,” based on video evidence of the incident.

According to the decision, Viramontes’ statements were “at odds with all of the evidence at the scene,” and depicted “a clear attempt to benefit his fellow officer at the expense of the whole truth.” Mondragon was found guilty for her decision as a witness to not report what really happened, and choosing to protect the former officer. She was also terminated because she failed to check the in-car video equipment in the car that she and Sebastian arrived in.

Mondragon and Viramontes’ termination was not the first disciplinary action taken against them. Both officers, as well as Franko and Sebastian, were suspended without pay in 2016 before returning to payroll the following year. CPD Superintendent Eddie Johnson accused the four of cover up, which was due in large part to their contradicting statements against the dashcam footage in the McDonald incident. The decision to allow the officers to return to work was largely based on the legality behind suspending the officers while withholding pay. The four officers were assigned to desk duty, and were never criminally charged.

Three other officers — Joseph Walsh, David March and Thomas Gaffney — had been charged with conspiring to cover up the shooting and killing of McDonald, but were acquitted in January. Of the three officers who were found not guilty, March was the only one who had been disciplined for a previous allegation, according to the Citizens Police Data Project.

Civilians are not the only victims of the code of silence. Officer Laura Kubiak claimed that Officer Veejay Zala verbally assaulted her in November 2012 toward the end of her shift. According to WBEZ coverage of the civil trial, Zala raised his hand and yelled, “Who the f*** do you think you are, you stupid b****?”, causing her to feel threatened. Kubiak reported the misconduct and was assigned to work in a high-crime neighborhood three months later. Former Chicago Police Supt. Garry McCarthy testified during the trial, denying any code of silence existed during his time in charge of the police department.

Elly is an editorial intern at The Chicago Reporter and a rising senior at Northwestern University studying journalism and English. She has spent the past two years as an Emma Bowen Fellow.