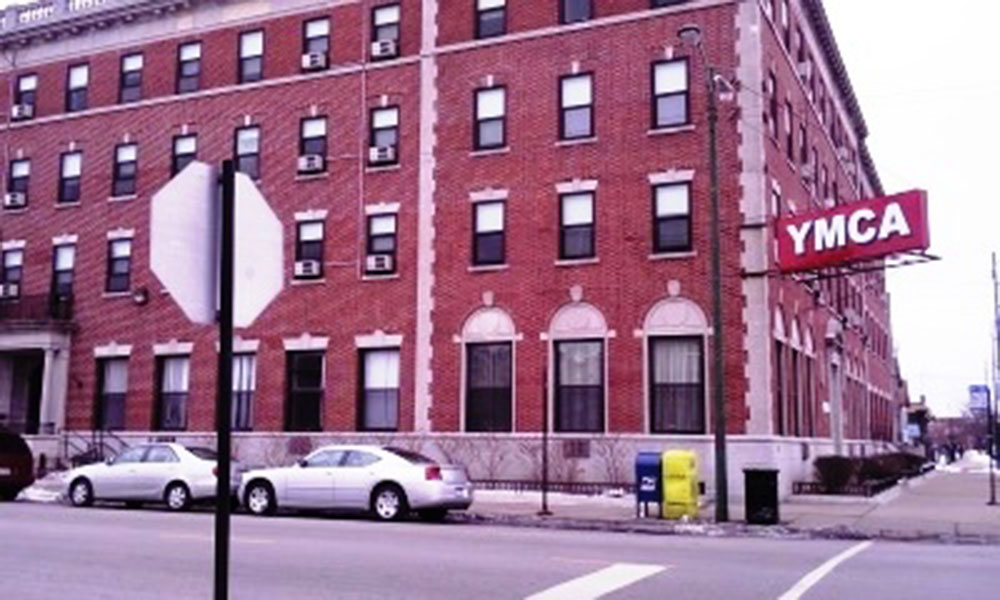 South Chicago residents have been seeking a meeting with officials of the YMCA of Metro Chicago since Sept. 6, when the organization announced that it would close the local Y within two months.

The Y closed this week. But residents are still pressing for a meeting to find some way to keep programs intact and the facility available for community use.

A YMCA spokesperson said CEO Richard Malone has been “in conversation” with Ald. Susan Sadlowski Garza (10th Ward), and would meet with her later this month to discuss “next steps” for engaging the community.

Yet activists say the meeting with Garza was only arranged after they showed up at the YMCA’s downtown office to press their demands.

“It’s really disrespectful that after 90 years in this community, you give us two months notice, and only after the decision has already been made,” said Julia Hunter, a former Y member and part of the Concerned Citizens to Keep the South Chicago YMCA.  “It hurts me, this level of disrespect for the community.”

At stake are recreation facilities, services for families, a youth violence prevention program, and 101 units of senior housing. “They never came to the community to see what could be done” to save the Y, said Hunter.

Metro Chicago YMCA spokesperson Aileen Torman said a steady decline in membership and $3 million in needed improvements forced the closure. The facility, located at East 91st Street and South Commercial Avenue, has had $700,000 in work done since 2011, she said.

“Our challenge, and that of all nonprofits, is to serve our communities with the highest quality services, making the best use of the donations and limited resources available,” Torman said. “In South Chicago, the obstacles to maintaining an economically sustainable fitness center operation were simply insurmountable.”

But Theophilus Reed, who lives in the senior housing, feels the community “should have gotten a heads-up a lot earlier, because there are many people who would want to partner with the Y to do whatever it takes to keep it open.”

Residents say communication about the shut-down was confusing. Members who asked about a rumor that the Y would close were told it was untrue, up to the day it was announced online, said Danielle Richards, who helped organize Concerned Citizens.

Many people weren’t immediately aware of the Y’s online announcement, and it seemed to imply that youth programs would continue at the Y, and the senior housing complex would “continue to operate.” Later, YMCA officials said they were looking for another site to host the youth programs. And in a meeting with senior residents on Sept. 19, officials said the building would be sold.

Meanwhile, a Head Start program was cut this summer; Torman said only 13 of 40 slots were filled. Organizer Amalia Nieto Gomez said there’s certainly a need for early learning programs in the community.

“There hasn’t been any transparency about what’s going on,” said Nieto Gomez, executive director of the Alliance of the Southeast, a coalition of Southeast Side community groups. “It’s hard for us to know what to do to keep the programs if we don’t know what the challenges are.”

The Concerned Citizens group organized a petition drive and collected 1,600 signatures to keep the Y open.  On Tuesday, they took the petitions downtown and asked to present them to CEO Malone. They were told he wasn’t available, and still got no response to their meeting request. Concerned Citizens to Keep the South Chicago YMCA bring over petitions of over 1,000 signatures to the YMCA Metro Chicago’s downtown office and ask for a meeting with CEO Richard Malone on Oct. 31, 2017.

That was the day the Y closed.

Nieto Gomez said that the Concerned Citizens still want a community meeting to discuss prospects for keeping Y programs in the neighborhood, preserving the senior housing, and maintaining access to the fitness center. Reed cites the old South Shore Y, which the Chicago Park District took over in 1991.

Reed sees a pattern, with other programs “kicked out one by one, starting with Silver Sneakers for the seniors. They kept [their plans] under wraps to minimize the pushback.”

That’s not unlike the approach to closing the Austin YMCA in 2012: The Metro YMCA stopped making improvements and shut down programs, as well as closing the pool.  The loss of membership and participation became the reason for the shut-down.

Reed said the fitness center at South Chicago was “always being used,” and Hunter said she used the facility in the morning to avoid crowds later in the day.  Reed added that the pool and exercise facilities were “invaluable” for him and other senior residents. He swam three times a week. “It helps with my arthritis,” he said, and there’s no other indoor pool nearby.

The closest Y, where members were referred, is the South Side Y at East 63rd Street and Stony Island Avenue—almost five miles away, in Woodlawn.

Once a thriving working-class neighborhood, South Chicago was hit hard when the steel mills closed a generation ago.  Losing a community anchor like the YMCA is a serious blow.  Reed sees it as part of a “systematic disinvestment in the entire neighborhood.”

Other YMCAs have disappeared from working-class communities. The New City Y on the North Side was sold for $54 million in 2007, as the area, near the former Cabrini Green public housing complex, was undergoing redevelopment. The Roseland Y was sold in 2005 and turned into affordable housing.  The Washington Park Y closed in 2003.

The YMCA provides vital programs to many communities that desperately need them.  The Concerned Citizens in South Chicago offer the Y an opportunity to go beyond that, to actively partner with the residents who depend on their services, and to share in the decision-making that impacts vulnerable communities.

(UPDATE: In an email statement after publication of this column, YMCA spokeswoman Torbin wrote that the South Chicago Y’s youth violence program “is staying and expanding to serve even more youth”; that the Y “will continue managing” senior housing if a federally-approved buyer cannot be found; and that the closing was announced “through mailed letters, emails, the member newsletters, website and social media, and on-site notices” and via calls and emails to “stakeholders in the community.”)