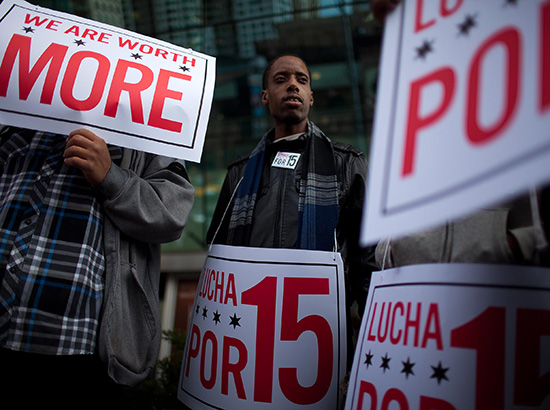 House Speaker Michael Madigan’s call for a corporate income tax cut last week may be most notable for all the things it doesn’t do.

It makes a good headline and may provide some political cover for Madigan’s candidates, but it doesn’t offer any tax relief for the vast majority of Illinois businesses. It’s not going to spur economic development or job growth. And it doesn’t touch the huge and generally pointless loopholes for corporations in the state’s tax code.

Few businesses — particularly small businesses — will be affected. According to the Chicago Political Economy Group, only 10 percent of the state’s business firms are organized as C-corporations, subject to the corporate income tax, and only a third of these actually pay any income tax.

And for most of those that do pay, the corporate income tax isn’t a major factor, according to Ralph Martire of the Center for Tax and Budget Accountability. Only 7 percent of C-corporations in the state paid over $5,000 in income tax in 2010, he said.

The biggest tax burden for businesses in Illinois is the property tax, accounting for 40 percent of taxes they pay, Martire said. And if state revenue is reduced, it’s highly likely that local property taxes will be forced up.

Madigan’s proposal is not going to foster job growth, Martire said. He cited the Congressional Budget Office’s analysis of research on state fiscal policy that showed no significant correlation between state tax policy and hiring. “The only reason businesses hire is because demand goes up,” he said.

He adds, “Big corporations today are sitting on boatloads of revenues.” Since the Great Recession, corporate profits account for 38 percent of all growth in U.S. income; wages are just 5.9 percent. So allowing them to keep another slice of their profits “is not going to create jobs.”

Another gap: Madigan didn’t present his corporate tax cut as part of a broader reform project. That’s how President Obama frames his proposal to cut corporate income tax. By closing loopholes — especially those that reward outsourcing — Obama says his plan would be revenue-neutral.

Citizens for Tax Justice argues that a federal corporate tax cut coupled with reform could and should be revenue-positive — as it was when President Reagan cut the tax rate and closed loopholes in 1986. Given Illinois’s dire financial straits, that would be a sensible goal here.

As far as corporate tax loopholes in Illinois that contribute little or nothing to economic development, the offerings are impressive.

According to a report by the Illinois Public Interest Research Group, the state loses nearly $2 billion a year by allowing corporations to hide profits overseas. Illinois could capture these revenues by decoupling from the way the feds determine corporate income — particularly from a provision that lets corporations park dividends, interest and royalties overseas untaxed. Decoupling from the federal domestic production credit, which rewards investment outside Illinois, would save $100 million. Illinois is one of 22 states with this loophole.

The state’s tax code features one loophole that even the feds don’t allow. Foreign dividends are considered taxable income in Washington but not Springfield; including them would bring the state as much as $386 million, according to Chicago Political Economy Group.

Another loophole is the single-sales factor, under which payroll and property holdings are no longer considered in estimating a corporation’s income — only in-state sales are. That break was a top priority of corporate lobbyists, and in Illinois they promised it would attract manufacturing jobs. But as Good Jobs First points out, the state has continued to lose those jobs since the switch to the single-sales factor in 1999. In 2000, the state estimated that the change cost $63 million that year.

The big winners for all these loopholes are not local entrepreneurs but the big multistate and multinational corporations.

In 2011 Citizens for Tax Justice looked at 265 consistently profitable Fortune 500 companies and found that nationally they had paid less than half the average statutory state corporate tax rate of 6.2 percent between 2008 and 2010.

Of Illinois corporations, Baxter International, with $898 million in profits over three years, paid no state tax — indeed, averaging out all its state tax bills, Baxter received a 3.7 percent credit; Integrys Energy, with $819 million in profits, paid nothing in state income taxes; and Boeing, with a three-year profit of $9.7 billion, paid an average of 0.1 percent in state income taxes.