With the United States facing tough financial times and the misinformation of many citizens as to the myriad contributions of documented and undocumented immigrants to our economy, the anxiety level about immigration reform is high and xenophobia increases.

Immigrant children are likely to face among the most severe consequences of society’s anxiety. While adult immigrants are often aware of the risks they take in moving to a new country, children are not, and they bear the worst burden.

Since an estimated one-third of young Americans will be immigrant youth by 2040, we have a strong responsibility to focus on their educational and economic success for the well-being of this country. The federal Dream Act, blocked by a Senate filibuster in late 2010, would have provided equitable educational opportunities for successful immigrant students. Now, the State of Illinois has passed a bill that replicates some of the main functions of the proposed Dream Act. But the federal legislation is greatly needed.

Currently, students can only obtain permanent residency through their parents. Many arrived in this country when they were very young, so without new legislation, there is no method for them to obtain legal residency, which means they cannot benefit from government-sponsored loans. Yet, they are graduates of our schools, members of our places of worship, and full participants in our community affairs. Their parents contribute extensively to our economy. They offer promise for the future of a vibrant nation. The United States is their country, where they will stay to pursue their dreams and to establish their families. Many of them are also our honor students, valedictorians and salutatorians. Yet without the Dream Act, their futures look bleak.

Many qualified students do not have the financial resources to pursue college, so the federal Dream Act would have allowed them to apply for college financial assistance and scholarships. Indeed, most students who are American citizens depend on financial aid to attend college.

The Dream Act would have also provided conditional permanent residency to qualifying undocumented students who graduate from U.S. high schools. These students would need to complete two years in the military or two years at a college or university and then would obtain temporary residency for a six-year period. Within this period, they must have acquired a degree or have served in the armed services for at least two years to become permanent residents.

Sofia (not her real name) is a student at a community-focused neighborhood school on Chicago’s Southwest Side. The school focuses extensively on providing resources to immigrant families, and in turn has become a hub of the neighborhood. Sofia represents the very best in this community. She is a scholar who has persevered despite many obstacles and a prolific writer who has won poetry competitions. She is currently enrolled in undergraduate coursework at a local state university.

At the university, Sofia not only gains college credit prior to high school graduation, but she also gets the chance to preview college life. Additionally, she is an intern in the office of a judge. As a result of that experience, Sofia now competes on the school’s Mock Trial Team, earning top honors in court deliberations. Her work on the team as a lawyer was so exacting and moving that the presiding judge made special note of her talents during closing arguments.

Despite her accomplishments, Sofia, who arrived in this country in the early primary grades, may struggle to put her talents to use in the United States. She is undocumented, and will not have the funds to cover her college education.

Adriana is another accomplished Chicago student. Ranking first in her class, she was accepted into an engineering program at a premier university. She had to cope with family illness and additional responsibilities during high school, but was still able to simultaneously earn both high school and university credit. Adriana volunteers at St. Anthony’s Hospital assisting low-income families with language barriers and other difficulties. She also practices and performs choreography in her high school’s Dance Club. As a Junior Achievement volunteer mentor, Adriana has led presentations on how to make financial decisions. She has led the girls’ soccer team to victory, volunteered in the neighborhood health clinic and provided reading assistance as a classroom mentor.

Adriana, too, arrived in this country in the early primary grades. Like Sofia, she too will struggle to find funds for college.

Both students and their families are committed to post-secondary education. They have been paying their share of income taxes. They participate actively in school and community initiatives to bring quality to their neighborhoods. The students attend a community school with a year-round program and a longer school day.

Helping students like Sofia, Adriana and others through passage of the Dream Act is indeed a matter of patriotism. It will allow our graduates from immigrant families to pursue their dreams like all other American students. Every immigrant journey has represented the hopes of our democracy, where prosperity, freedom, and educational opportunities are advanced. Immigrants have arrived with documented and undocumented status, willing to serve our economy in difficult jobs.

Our country needs the political courage to face the reality of documented and undocumented immigrant youth and families so they can regularize their status and continue their journey of self improvement and broaden their contributions to our country.

Though certain states, such as Illinois, have passed state-level versions of this bill, this must be a national struggle. Like the state-by-state struggle for civil rights and for comprehensive health care, the battle to grant full citizenship to immigrant students in the United States will be a long one. But to not fight for this is to relinquish our responsibility to millions of children living among us, and to our nation that has welcomed immigrants for many generations. 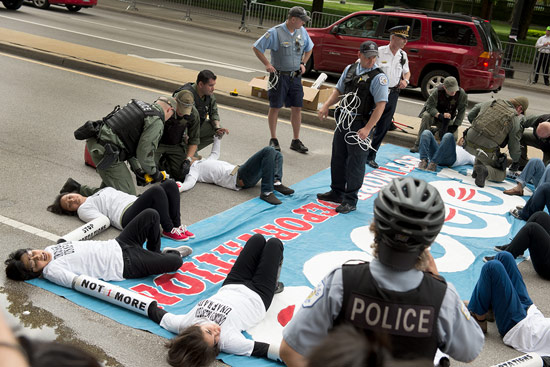