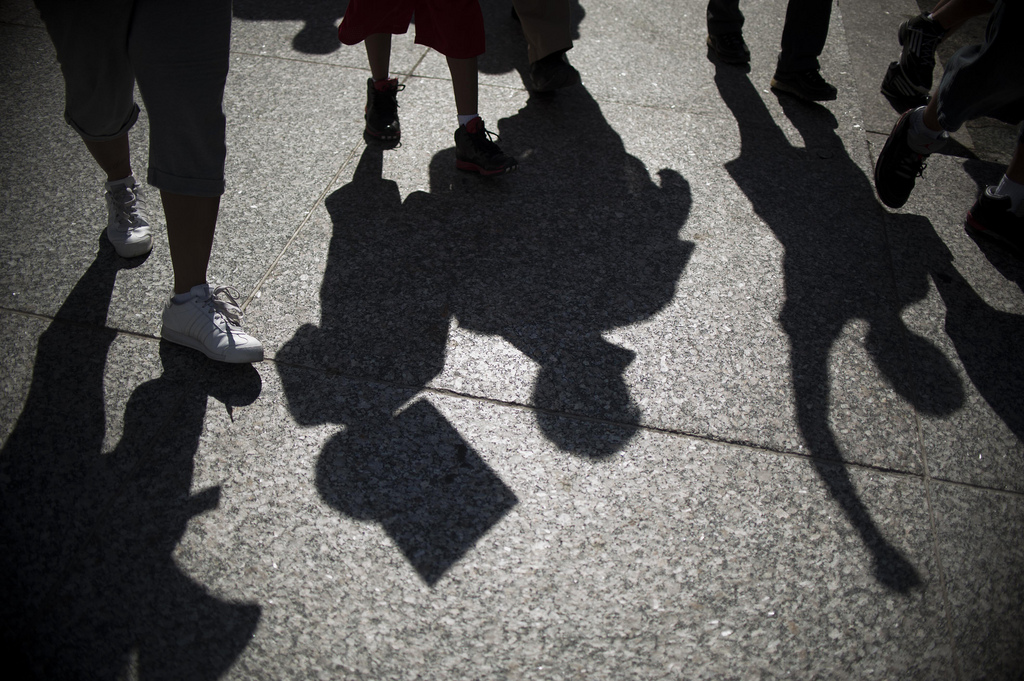 Chicago students, teachers, and parents hit the streets during a citywide march against Mayor Rahm Emanuel's proposal to close dozens of schools in May 2013. Education policy is a heated issue for voters, especially on the South Side.

In a rematch of a close race two years ago, Jay Travis is challenging State Rep. Christian Mitchell in the 26th District.

Both have backgrounds in community organizing – Mitchell was an organizer for a couple of years, Travis for more than two decades – and both have support from labor and community groups.

Two years ago Mitchell won by about 500 votes. Travis carried six South Side wards, but Mitchell racked up large margins in Near South, Loop, and Streeterville precincts. So Mitchell’s campaign might have been concerned to see Aldermen Brian Hopkins (2nd) and Brendan Reilly (42nd) – representing the northern portion of the district – endorsing Travis last week.

In the 42nd Ward, “we haven’t seen much of the current state representative,” Reilly said at a news conference at the Billy Goat Tavern on Monday. “We’re looking for a working relationship,” he said later. “We’ve had literally no communication.”

Also backing Travis were two South Side aldermen, Leslie Hairston (5th) and Sue Sadlowski Garza (10th), as well as U.S. Rep. Danny K. Davis. This is significant – in some cases surprising – opposition for an incumbent who for the most part has followed the party line. I’m now hearing the IVI-IPO is likely to withhold an endorsement, which would be another setback for Mitchell.

Travis’s main thrust is to paint Mitchell as a “Rauner Democrat,” based on large donations he’s received from wealthy allies of Gov. Bruce Rauner and from groups backing charter schools and pension cuts. Indeed, Mitchell has been one of the top recipients of funds both statewide and nationally from Stand For Children, a group brought to Illinois by Rauner in an effort to undercut union influence and bargaining rights; it’s backed by a bevy of billionaires including Republican Ken Griffin.

David Hatch finds the charge “absurd.” He’s executive director of Reclaim Chicago, a labor-community coalition that has endorsed Mitchell. “There’s no one who’s more vocal in the Legislature against Rauner,” he said. Mitchell “comes to all our protests, and he criticizes Rauner vociferously.”

Hatch worked with Mitchell when he was an organizer for Southsiders Organized for Unity and Liberation, after his graduation from college in 2008 and before joining the staff of Attorney General Lisa Madigan’s campaign in 2010; Mitchell’s major accomplishment at SOUL was getting legislation passed establishing a home weatherization program, he said. In Mitchell’s Springfield record, Hatch emphasized his support for a progressive income tax and a financial transaction tax, for closing corporate tax loopholes and raising the minimum wage.

“I find it unfortunate that this really bright and talented young legislator with solid progressive credentials gets tasked with being a Raunerite,” Hatch said.

But particularly on education policy, Mitchell does seem to have aligned himself with Rauner. ­(He’s also aligned on school policy with Mayor Rahm Emanuel, whose campaign committee gave Mitchell $28,000 last year.) This is a political vulnerability for him: Schools are a flash point, especially on the South Side, and especially under Emanuel. On the state and local level, in terms of the neoliberal agenda of privatization and union busting, school policy is where the rubber meets the road.

In Bronzeville, parents have felt under siege as they’ve watched school after school close, many to be replaced by charter schools, said Jitu Brown, national director of Journey for Justice and a longtime colleague of Travis’s. Mitchell provided no support for parents in his district fighting school closings, Brown said, or undergoing a hunger strike to save Dyett High School.

Mitchell refused to support a moratorium on school closings; opposed an elected school board (reversing himself after Travis declared her candidacy); and opposed a bill allowing parents to opt their children out of high-stakes tests. He’s backed charter schools down the line, repeatedly opposing efforts to give local voters final say in approving new charters and even opposing a measure requiring charters to follow federal regulations protecting special education and English learning students.

Contrasting this record, Brown recalls Travis’s leadership at the helm of the Kenwood Oakland Community Organization, fighting against a 2004 plan to close 20 Bronzeville schools, developing parent trainers for Local School Councils and community planning processes which brought steady improvement to local schools, mentoring girls in the community – and mentoring activist teachers who would go on to become union leaders.

Since her years at KOCO, he said, she’s emerged as a national leader of the movement to defend public education and develop sustainable community schools as institutions of local democracy and empowerment.

Let’s hope that amid the charges and countercharges of this campaign, some attention is given to the clear differences between these two candidates – including two very different visions for the future of public education, with broad implications for the future of our communities and our world.