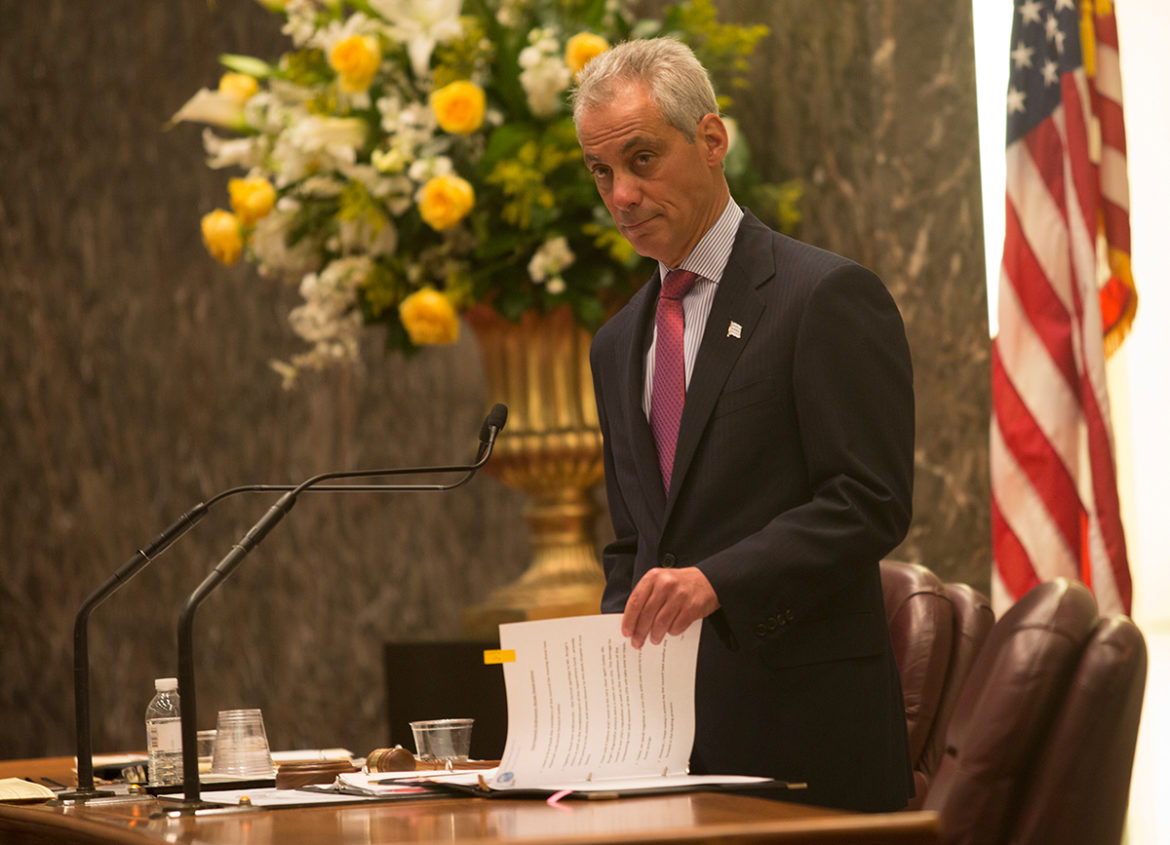 One thing Donald Trump and Rahm Emanuel have in common: They’re both hell-bent on eliminating health insurance programs, regardless of the consequences for vulnerable people.

Though it’s impossible to predict how Trump’s presidency will unfold, he’s firmly committed to repealing Obamacare. One analysis predicts the number of uninsured in the U.S. could double as a result to 59 million – and it will include many people who had insurance before Obamacare.

The newly uninsured could well include city retirees, whose health coverage Emanuel is eliminating as of Jan. 1.

Emanuel began phasing out the subsidy the city has historically provided for retirees’ health care three years ago.  Prior to that, the city helped cover the cost of supplemental insurance for the bulk of retirees who received Medicare.  The city paid 55 percent of the cost of health insurance for a smaller group that isn’t eligible for Medicare.  They may have retired early, perhaps taking one of the early retirement packages the city has offered, or their tenure may have overlapped with the period when not all city employees were enrolled in Medicare.

Without the city subsidy, Medicare recipients would end up paying hundreds of dollars more each year.  But the non-Medicare retirees were most vulnerable ­– they would lose coverage entirely – and a 2013 mayoral commission promised that once the Affordable Care Act set up state insurance exchanges, many, if not most of them, would get better deals there than they had with the city.

Emanuel relied on this argument to sell the health care cut. “Retirees who are not eligible for Medicare will continue to have a broad range of healthcare plan options available to them at the Illinois Health Insurance Exchange,” the mayor’s office argued in a statement issued in September.

As the phaseout proceeded, retiree costs have risen dramatically.  And with its complex sliding scale of subsidies linked to income levels, Obamacare was “very much a mixed bag,” said Jo Patton of AFSCME Council 31, who helped retirees figure out their options. Many retirees qualified for limited subsidies, or they earned just a little too much to get any subsidies at all.  Some would end up paying a third or more of their fixed incomes on health care.  One example from an AFSCME analysis was a 68-year-old retiree with a $27,000 pension; annual health costs for a standard Obamacare policy, after tax credits, could run her $12,400 a year.

That’s with Obamacare. Without Obamacare it’s likely to be much worse.

Retirees in the municipal pension fund – the largest group of retirees, represented by AFSCME – receive pensions that average $34,000 a year.  Like all city employees, they aren’t eligible for Social Security.

Some will be driven into poverty by rising health costs.  And quite possibly, some will find it impossible to afford health insurance.

Four years ago, advocates for the city’s retirees urged Emanuel to hold off on his health care cuts until it was clear how Obamacare was going to work.  Speaking for the administration, then-Comptroller Amer Ahmad (now serving a 15-year sentence for fraud) reassured them: For people who “were worried we were going to dump them into some Obamacare thing we didn’t understand,” he argued, the city was “spending three years transitioning to figure out the rules.”

The rules are about to change again, drastically, in ways no one can predict.  Meanwhile, the portion of city employees who aren’t covered by Medicare is steadily shrinking, as Medicare coverage has been expanded and retirement ages have been pushed back.  The group currently amounts to about 5,000 out of the city’s 35,000 retirees.

The cost of covering them is a significant portion of the $109 million the city was spending on health insurance before Emanuel’s cuts.  But compare it to the half billion dollars or so the city collects in TIF funds each year.

Emanuel lists eliminating health coverage as one of the “tough choices” he’s made. Throwing people out in the cold is more than tough, however – it’s brutal.

We can only hope Trump and the Republican Congress don’t try to outdo our mayor.