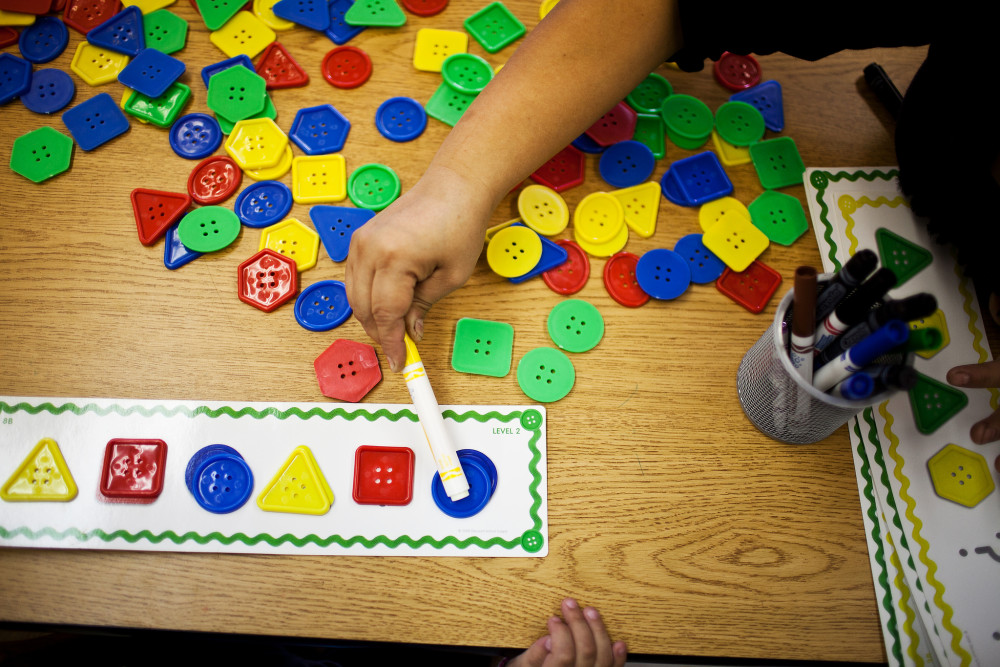 Preschool expansion is off to a slow start. Meanwhile, parents are raising concerns about a new application process.

A preschool expansion program financed with a loan from investment bankers has been slow to get off the ground – largely due to stalled recruitment.

The money—the funding mechanism is called a social impact bond, an unusual type of financing that in this case ties repayment to academic outcomes—was supposed to create 374 new half-day slots for low-income children in six child-parent centers across the city. But, as of early March, just 297 children were enrolled, and most of them are not new preschool enrollees at all: Nearly 200 had already been enrolled in preschool at Hanson Park Elementary School.

The bond money is being used to hire additional staff to turn Hanson Park into another child-parent center, a high-quality preschool model with a track record of long-term academic benefits and cost savings in Chicago.

Chris Rosean, executive director of the CPS Office of Early Childhood Education, explained that this was the plan all along.

“There is now a head teacher who will be able to provide in-classroom coaching and support,” he says. “They’re also going to have a parent resource room, a parent resource teacher and a school- community representative. In addition to that, they’re going to be part of the [child-parent center] network and will be able to interact with other child-parent center staff to pool resources, share ideas and get support.”

But critics say that claims by CPS–and a campaigning Mayor Rahm Emanuel, who faces a runoff election in less than a month – about an increase in “new” preschool slots due to the social impact bond are a bit of an exaggeration.

“Let’s call it what it is,” says Brynn Seibert, vice president of the child care and early learning division for SEIU HealthCare Illinois. “This is an enhancement of preschool slots, which is a good thing. But it’s not an expansion if you’re converting existing slots into a child-parent center slots.”

Five other sites that already had child-parent centers did open new classrooms last month, although most are still recruiting children to fill empty seats. These include De Diego, Melody, Peck, and Fiske elementary schools, as well as the Velma Thomas Early Childhood Center.

“Our current enrollment for the expansion is not what we thought it would be,” admits Rosean. “Enrollment was a challenge because classrooms opened in the middle of the year. By mid-year, most of these parents have found other options for their children and are a little reluctant about pulling their children away from daycare providers.”

One school that was supposed to receive a new classroom this year, Wadsworth Elementary, got taken off the list (and replaced with Fiske) after CPS officials realized there wasn’t enough space in the building. Rosean said the district did its homework before announcing late last fall that Wadsworth would be an expansion site and knew there was an empty classroom in the school. However, the school already used that space for teacher and parent gatherings.

Some question the mid-year roll-out of the bond-financed expansion and suspect the timing was connected to the mayoral elections. Emanuel, like some of his aldermanic allies, have used the social impact bond measure in campaign materials stressing their support for preschool expansion.

“Why the hurry?” asks Jackson Potter, staff coordinator for the Chicago Teachers Union. “It seems that the timing is more for P.R. for the mayor and not so much in the interest of the children.”

Politics aside, the enrollment troubles may also speak to other concerns brought up by parents and early childhood advocates about changes to the preschool application process. Previously, families applied directly at their local schools for preschool slots. Now, they must apply at one of two dozen sites across the city. The change was made in 2013 as part of Emanuel’s Ready to Learn initiative and is supposed to ensure that children from the neediest families get priority through a centralized process.

But parents have complained about the new process because they can’t apply directly at their school. Meanwhile, enrollment of 4-year-olds – the primary target for the district’s overall preschool initiatives, has dropped by about 1,750 since the change in the process.

Rosean said the district has sought to address parents’ concerns, including by increasing the number of application sites, expanding a roaming team that visits schools to offer on-site enrollment and opening application centers on Saturdays. (The window to enroll in preschool next year is now open.)

Overall, Rosean says, the new centralized process has increased transparency and ensured the poorest children get first dibs on preschool. “The process is really transparent and we’re placing children who really in need,” he says.

Among them: Maria Elena Mata’s 4-year-old daughter, Guadalupe, who enrolled in a preschool classroom at Hanson Park in November. Mata says she was surprised to be able to enroll her daughter late in the school year, but glad she’s now learning her letters and numbers.

“The teacher tells me they’re going to start doing programs for parents soon,” she says. “They haven’t started doing any of that, but I’m looking forward to it.”

The social impact bond money was supposed to pay for 374 new half-day slots at child-parent centers this year, and at least 680 over each of the next three years. But as it turns out, some of the new classrooms are actually full day, not half day.

Rosean says the district is using a mix of funding, including federal Title I and Head Start dollars, to make up the difference.

“We know that there are tons of studies to back up that children in a full-day preschool classroom are better prepared for school,” says Seibert. “This is not a gamble. The financial institutions that are investing in preschool are all but certain to make tremendous profits off the education of young children.”

Districtwide, only about one out of every seven classrooms are full day. But child-parent centers are far more likely to offer full-day classes than traditional CPS preschool; at the six sites included in the bond expansion, about 40 percent of all classes are full day.

The city and school district won’t make the first payments on the $16.6 million loan from the Goldman Sachs Social Impact Fund, Northern Trust and the Pritzker Family Foundation until next school year. That’s when the outcomes of all 4-year-olds served at the sites expanded with the bond money can be compared with similarly low-income children who attended no preschool at all.

The bulk of the repayment will be triggered by an expected reduction in the number of students who need costly special education services in subsequent years.

Catalyst previously analyzed the loan agreements and found that CPS expects to pay the lenders back about $26 million over the life of the program. However, if the program is more successful than projected, the banks could more than double their money. In addition, nearly $1.3 million of the loan will never reach CPS and instead is going to pay a third-party manager, audits, additional social services and legal fees – including a quarter-million dollars for the investors’ lawyers.