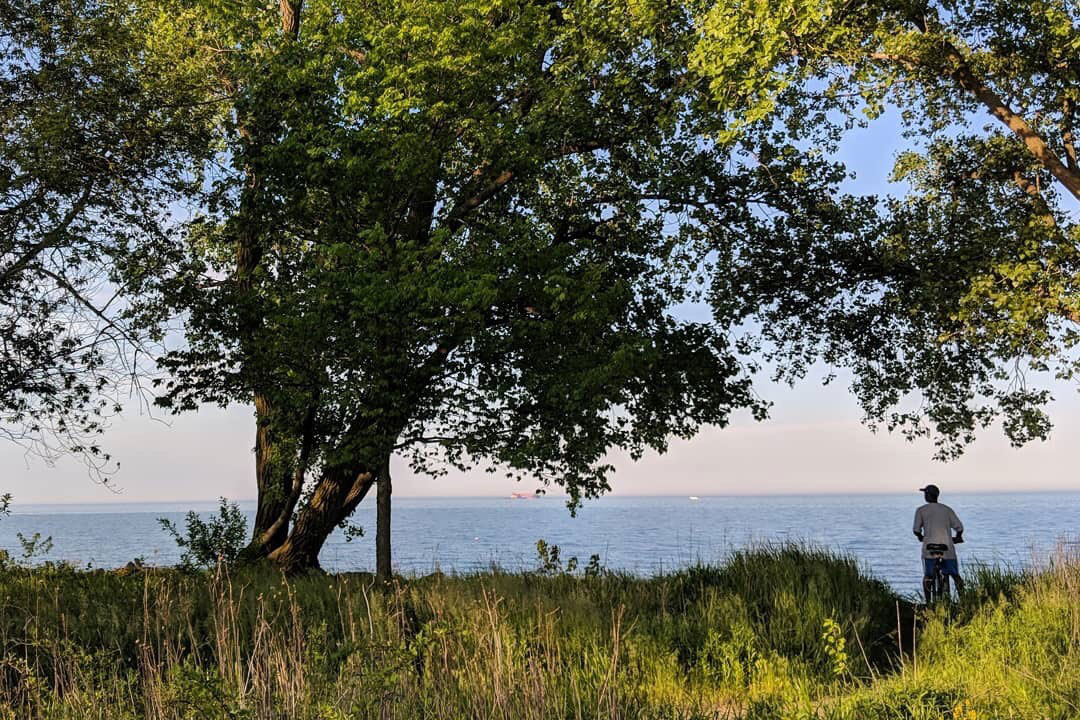 When 5th Ward Ald. Leslie Hairston recently described the South Shore Nature Sanctuary as “all dead” because there’s “nobody to maintain it,” she immediately got pushback from neighborhood park advocates, some of whom posted photos of prairie habitat lush with wildflowers and long grasses.

Hairston also inspired a local network of Environmentalists of Color, which has focused on promoting diversity in environmental organizations, to move into public advocacy.

“That language was so offensive that we felt it was our duty to speak up,” said Mia K. Marshall, a PhD candidate at the University of Illinois at Chicago and former owner of an organic gardening company who’s active with the group.

Marshall is currently studying the health benefits of access to nature. African Americans live with additional levels of stress, she said, and natural areas are invaluable for “destressing.”

Hairston was trying to take advantage of the appearance at a nearby golf tournament of Tiger Woods — whose new company has contracted to design a tournament-class golf course to replace two existing courses at South Shore and Jackson Park — in order to revive the project, which would displace the nature sanctuary. Hairston’s effort seems to have fallen flat.

“Too many people have no idea of our history, of Chicago’s role initiating and energizing the environmental justice movement.”

Marshall framed the issue in terms of environmental justice and a long struggle by African Americans in Chicago for access to the lakefront, noting that the 1919 riot a hundred years ago began when a black youth named Eugene Williams drifted into a whites-only swimming area near 29th Street Beach. In 1960, black and white youths singing “We Shall Overcome” were met with rocks when they attempted to integrate Rainbow Beach at 75th Street.

Also part of that history is the community drive that saved South Shore Cultural Center — previously a private country club that excluded blacks and Jews — when the Chicago Park District wanted to demolish it in the 1970s.

In a phone conversation following the press conference, Marshall highlighted the role of Hazel Johnson, the Altgeld Gardens activist known as “the mother of the environmental justice movement.”

“Too many people have no idea of our history, of Chicago’s role initiating and energizing the environmental justice movement,” she said.

Members of the South Shore Park Advisory Council also challenged Hairston’s claim that “nobody” maintains the nature sanctuary, pointing not only to the work of Chicago Park District staff and contractors but also to the community stewardship program at the nature sanctuary, with volunteers holding monthly work days to pull weeds and install plantings.

The sanctuary is extensively used for school field trips and by kids at summer day camp, providing “hands-on, eye-opening opportunities” for young people to learn about natural systems like photosynthesis and freshwater filtration, according to a proposal to reshape the proposed golf course submitted by the advisory council.

The sanctuary actually features a range of ecosystems — sand dunes, wetlands, tallgrass prairie meadows, and woodland savannahs — with plants and wildflowers that support monarch butterflies and lots of frogs living among the water lilies.

The Chicago Parks Golf Alliance, a private group spearheading the golf course expansion proposal, has said it would replace the sanctuary with new natural areas, one of which would be wedged between two fairways. It wants the promontory where the sanctuary is sited for a golf hole with a “money shot” of the Chicago skyline.

In 2017, the advisory council unanimously approved a proposal that would save the sanctuary by moving the new course’s proposed 15th hole to a landfill extending an outcropping north of South Shore beach. That would provide better views, improve shoreline protection, and save money, according to the group’s proposal. It would also provide space for spectators at golf tournaments, which (remarkably) is not included in the CPGA’s plan, according to the group.

The council also asked for assurances that revenues from the new course would go to support park maintenance and fund community programming. As South Side Weekly recently reported, after a period in the early 2000s when the South Shore Cultural Center bustled with local arts activity, community members say they felt pushed out in favor of revenue-generating rentals and park district offices.

In response to the advisory council’s proposal, the park district said they were not responsible for the course design, and CPGA wouldn’t make the course designer available, according to Susannah Ribstein, chair of the council’s golf course committee and a volunteer steward.

And so, paralleling the multiple habitats found in the nature sanctuary, the controversy over its future has multiple levels of significance: an elected official who seems to be out of touch with her constituents, high-handed bureaucrats and promoters who give lip service to community involvement, and a still-living legacy of segregation and exclusion.

But it’s also a story of local residents working together to safeguard ecosystems and increase environmental equity, to hold the powers that be accountable and to protect the community’s access to a vibrant and vital natural habitat.