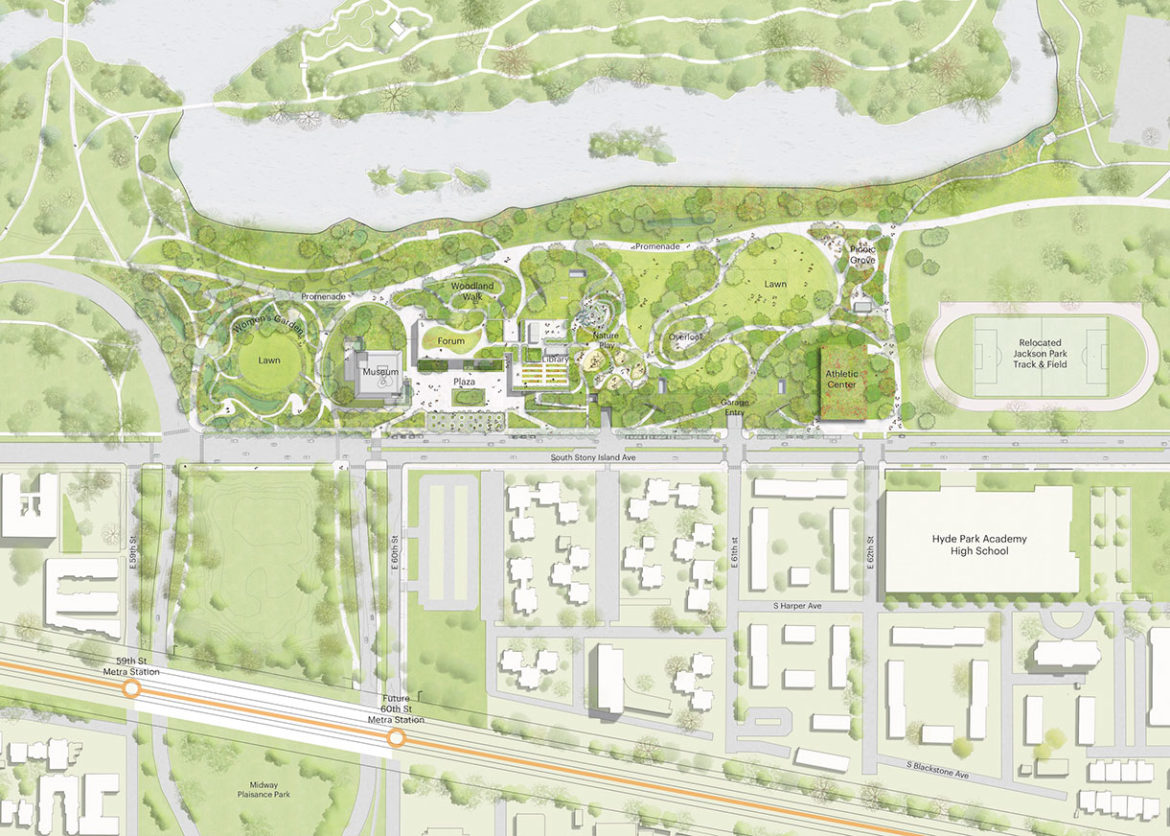 With the city of Chicago facing a $1.2 billion deficit for 2021, due in no small part to the COVID-19 pandemic, it might be time to look again at the costs associated with the Obama Presidential Center that will fall on the city, particularly in light of changing economic and environmental conditions, local activists say.

On Wednesday the City Council approved the Woodlawn Housing Preservation Ordinance, establishing affordability measures for the area near the Obama center – and Mayor Lori Lightfoot proposed an appropriation of $100,000 to study a “mitigation measure” to offset the adverse effects on Jackson Park’s historical integrity that a federal review found would be caused by the new center.

“If we’re looking around for cost savings, everything should be on the table,” said Brenda Nelms, co-president of Jackson Park Watch, a nonprofit organization that has worked for transparency around proposals for development in the historic South Side park for several years.

Those costs include a dollar amount in the millions for site preparation and restoration of park features, including refurbishing the Statue of the Republic (known as the “Golden Lady”), which the city has declined to make public, Nelms said.

They also include the entire $174 million currently appropriated for extensive road changes in the park. Much of the money comes from the federal government, Nelms said, but those funds could be redesignated for other pressing transportation needs in the city.

That allocation covers tens of millions of dollars worth of projects that have nothing to do with the Obama center. According to a 2018 cost estimate released by the city in a recent lawsuit, $30 million would go toward building two new underpasses along 67th Street at Jeffery Boulevard and South Shore Drive, and millions more to remove Marquette Drive from the park — work that isn’t related to the presidential center, Nelms said. Instead, it directly serves the still-hazy plans for a luxury redevelopment of the Jackson Park and South Shore golf courses. So does a planned $28 million investment in shoreline reconstruction near the South Shore Cultural Center.

Well-informed critics have argued that plan is ill advised and quite likely ill fated. Those golf courses could certainly stand a thorough renovation, but South Side golfers won’t be well served by a PGA-level course, the kind of trophy development with little local benefit favored by the previous administration.

It makes little sense to spend millions of dollars on that project, particularly when momentum behind it appears to be lagging.

Then there’s the removal of Cornell Drive, a proposal that’s drawn concern from residents who use the route to get to Lake Shore Drive and from preservationists who say the roadway is part of the original plan by Frederick Law Olmstead, the groundbreaking 19th-century landscape architect.

That proposal is part of the Obama center’s plan. It also requires tens of millions of dollars worth of work adding lanes to Lake Shore Drive and Stony Island Avenue on either side of the park. And many think the net effect is likely to make traffic worse in the area.

Jackson Park Watch has proposed reducing Cornell Drive from six lanes to four and adding pedestrian crossings and other traffic-calming features. It’s a resident-friendly option that would also be much less expensive, since it wouldn’t require expanding the other roads.

Dramatically rising lake levels are another reason to revisit plans for the Obama center and Jackson Park, Nelms said. The section of Lake Shore Drive slated for expansion is almost directly on the lakeshore, and part of it has seen repeated flooding, she said.

At least one of the golf course underpasses is in a flood zone, and lakeshore greens in the South Shore golf course have also been flooded, she said. The shoreline reconstruction planned for the proposed golf course area should be reconsidered as part of a comprehensive citywide plan, according to Nelms.

The city’s costs have to be examined with a skeptical eye toward the economic benefits of the current plan — particularly since the site of the presidential center has been moved several blocks north, away from a potential commercial corridor on 63rd Street and closer to the Museum of Science and Industry. Tourists visiting the museum rarely venture into the surrounding community.

“There’s no space for commercial development at all” near the proposed site, Nelms said. “The main spinoff is going to be gentrification and higher housing costs.”

Building on land adjacent to Washington Park — that’s now owned by the University of Chicago, which is the sponsor of the presidential center — would have a much more positive economic impact, and wouldn’t disrupt a historic park landscape, she said.

“This is a moment when we should pause and look at these plans again,” Nelms said.

Obama Foundation sources say that changing the site is not under consideration.