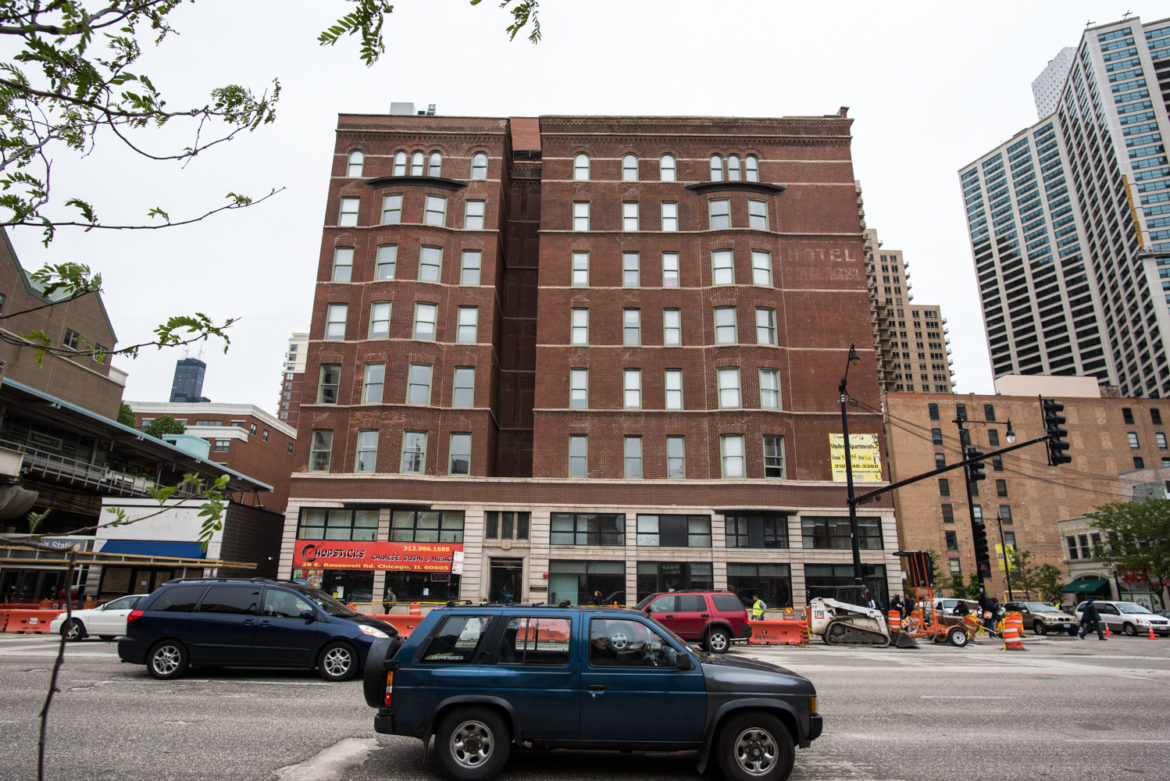 The Roosevelt offers apartments starting at $750 a month in the rapidly developing South Loop neighborhood. It is largely marketed to college students.

More than half of renters in Chicago are paying 30 percent or more of their income in rent, an amount that a federal guideline has defined as unaffordable.

The percentage of renters in the city paying more than they can afford jumped to 53.7 percent in 2013 from 37.9 percent in 2000, according to Census data.

The 30 percent threshold is based on a federal guideline established in 1981 that families in public housing could pay no more than 30 percent of their household income for rent. The assumption is that spending more than this amount diminishes a family’s ability to spend on other necessary items, such as food, clothing and transportation. The guideline has been widely used to measure affordability for all renters, even though some economists say the number is arbitrary and shouldn’t apply to everyone.

The problem of affordable housing is particularly acute for low-income renters. According to a recent report from Chicago Rehab Network, an affordable housing advocacy group, more than 90 percent of renters in Cook County who earn less than $20,000 per year were overburdened by housing costs in 2010.

Cook County ranked 11th out of the 102 counties in the state in the percentage of renters who were overburdened by housing costs, according to the report. Statewide, precisely half of all renters were paying 30 percent or more of their income for rent in 2010.

As we reported last year, more than a quarter of Chicago households signed up for a spot on the Chicago Housing Authority’s wait list, an indication, advocates say, of the need for more affordable housing in the city. These new Census data underscore that for a larger share of Chicagoans, a paycheck cannot be stretched far enough to guarantee a roof over their heads.