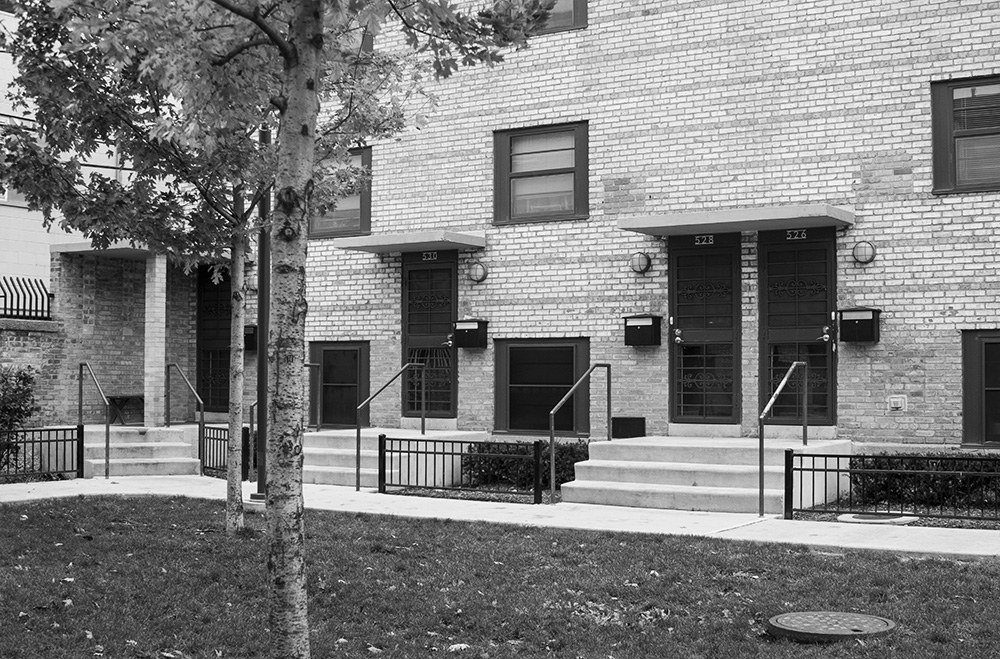 Lightfoot believes Hurlock's appointment is the step in the right direction of advocating for affordable housing throughout the city.

Mayor Lori Lightfoot’s appointment of Angela Hurlock to chair the board of commissioners of the Chicago Housing Authority adds another advocate for affordable housing to the city’s leadership.

Hurlock, who has been executive director of the South Chicago nonprofit Claretian Associates since 2004, is the first affordable housing practitioner appointed to the CHA board in a decade.

Her appointment comes at a possible turning point for CHA, where the previous executive director, board chair, and chief of staff have all recently left their positions.

Claretian Associates has gotten high marks as an affordable housing provider in South Chicago, an economically depressed area since the collapse of the steel industry a generation ago. The group won a Chicago Neighborhood Development Award from the Local Initiative Support Corp. in 2007.

That’s a contrast with another housing provider in the same part of town. Tenants at the Germano Milgate development have been working with the Alliance of the Southeast to win improvements in routine maintenance and health and safety conditions there.

I’ve seen Hurlock in action at community meetings where ASE was demanding a community benefits agreement from prospective developers of the lakefront site of the old U.S. Steel South Works plant. She was a forceful advocate for developers including housing affordable for existing residents — one of the demands was that affordability standards be based not on the regional median income but on the average income in the community — insisting that they take community concerns into account.

She joins CHA at an interesting moment. October 1 will mark the 20th anniversary of the agency’s Plan for Transformation. Indeed, October 1, 1999, was the date for all public housing residents to qualify for a right to return, supposedly guaranteeing them a unit in redeveloped public housing. In fact, less than 8% of them ended up in redeveloped mixed-income housing, according to a 2017 analysis by WBEZ and Northwestern’s Medill Social Justice News Nexus. Countless former residents – at LeClaire Courts and elsewhere – are still waiting to come back home.

And while CHA touts its near-completion of 25,000 replacement units for housing demolished under the plan, that claim is misleading, according to Leah Levinger of the Chicago Housing Initiative.

For one thing, CHA received a waiver from the federal government a few years ago allowing it to include project-based voucher housing in the plan’s unit count, although that housing does not have the permanence of hard public housing units.

More significantly, CHA failed to meet one of the few major requirements remaining under the federal legislation that created the Moving to Work program. That program exempted participating housing authorities from having to replace demolished units on a one-for-one basis — but it did require that redevelopment should result in substantially the same number of family-sized units.

CHA is “deeply out of compliance” with that requirement, Levinger said. Under the Plan for Transformation, the agency “tore down 3- and 4-bedroom units and replaced them with studios and 1-bedrooms,” she said. It’s likely to be thousands of units short of its legal requirements, she said, but the U.S. Department of Housing and Urban Development isn’t enforcing the rule.

With a new administration that’s expressed a commitment to increasing access to affordable housing — Lightfoot said Hurlock would “expand safe, secure and affordable housing options throughout the city” — but facing a massive budget crisis, new leadership at CHA provides a real opportunity.

CHA’s strong financial position would allow it to “initiate a major new acquisition and construction program” that could add as much as 2,000 affordable units to the city’s housing stock, Levinger said. It would be “the most direct way” to begin to fulfill the administration’s promises, she said.

On another front, Hurlock has been a supporter of CHI’s Homes For All ordinance, which Lightfoot also endorsed during her mayoral campaign. First crafted after revelations that CHA was sitting on hundreds of millions of dollars of cash reserves and withholding thousands of housing choice vouchers, the ordinance would increase CHA transparency and require one-for-one replacement of redevelopment projects that use city funds.

It would also address segregation by requiring that 20 percent of new public housing units be in low-poverty areas and creating an expedited review for affordable housing proposals in areas with less than 10% affordable housing. It would also rein in the agency’s practice of selling off its land for commercial development.

That ordinance is currently on hold in the City Council’s housing committee, awaiting review by new CHA leadership, Levinger said.

CHA has been steadily moving away from its traditional role as a direct housing provider and now increasingly oversees subsidized housing in the private market. That hasn’t been enough – particularly in terms of reducing racial and economic segregation.

Given the city’s growing affordable housing crisis and the shortcomings of existing programs, it’s time for a new direction.