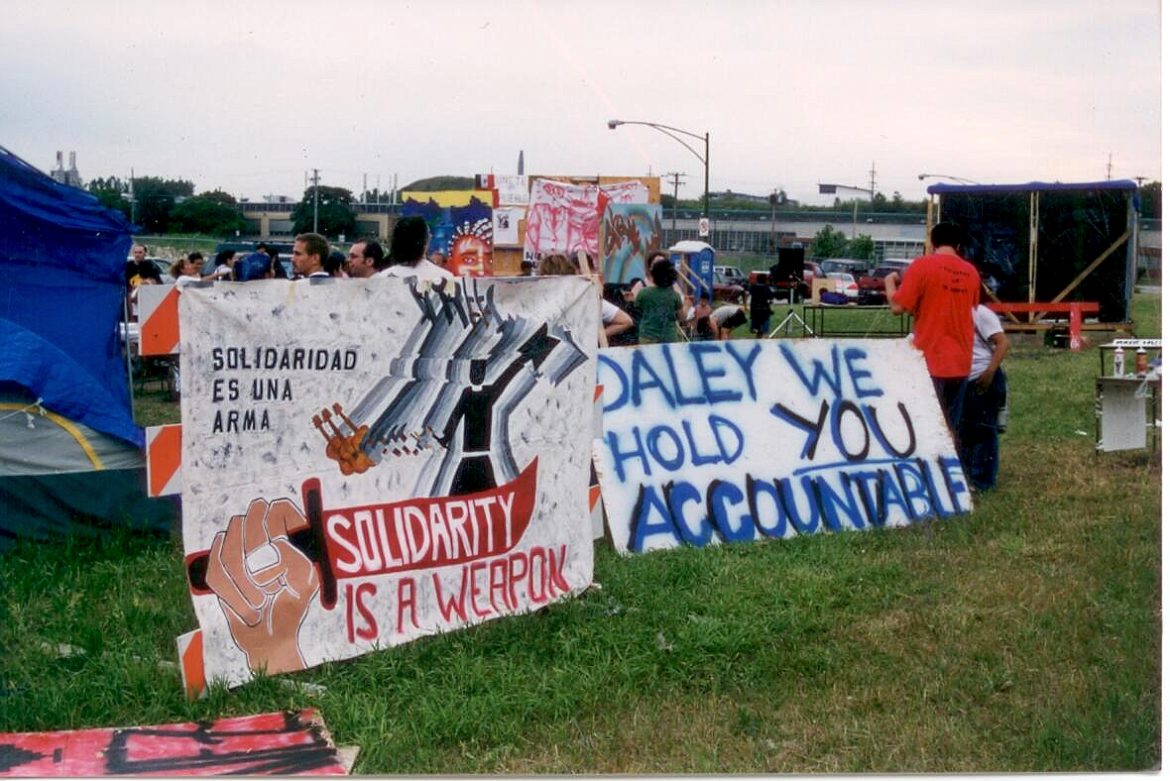 On Mother’s Day 2001, a small group of parents and community members set up camp on the site of a former cooking oil plant and began a hunger strike. Their goal? To pressure CPS into fulfilling its promise to build a new high school in Little Village.

Initiated by the Little Village Community Development Organization, then led by Jesus (Chuy) Garcia, the hunger strike lasted 19 days. The strike ended without extracting any guarantees from CPS. Yet the publicity and support they gained insured that a new high school would be built.

The Little Village Lawndale High School campus was built to house four small schools of 400 students each, opening its doors to 1,600 students in 2005. Ten years later, three of the four schools are in good academic standing, while Multicultural Arts is a Level 2 school on provisional support. Fewer than 1,300 students total are enrolled in the four schools.

With budget woes constraining capital spending, no new neighborhood high schools are likely to be built in the foreseeable future.