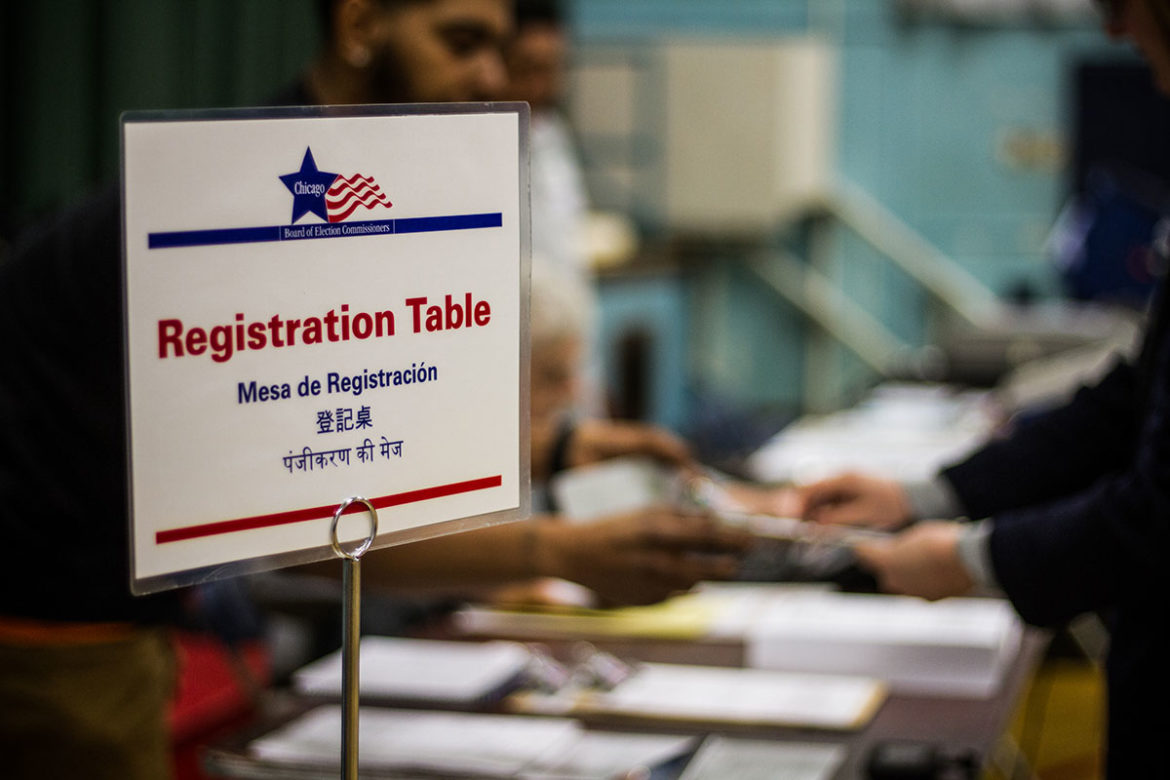 In 2017, Illinois lawmakers unanimously passed automatic voter registration into law. When Gov. Bruce Rauner signed the bill, our state joined the vanguard of 10 others that have passed such laws. The general function of AVR is to simplify and streamline the voter registration process, with the goal of increasing voter turnout. Illinois’ adoption of this law exemplifies its long tradition of promoting democracy and civic engagement.

Eligible voters in Illinois are currently able to “opt in” to registration when they apply for an Illinois driver’s license or state ID. This has been true for years through the “motor voter” law. Since July 1, the process has been made electronic and will eventually cover people who apply for public benefits and social services as well.

This is a good start.

Yet overall, the full implementation of AVR has been slow and problematic. In theory, those who have already shown that they are eligible to vote should be registered automatically unless they “opt-out” of the process. Currently, however, this “opt-out” process is not in effect. The result is reliance on a more complicated registration process that needlessly requires applicants to verify their identity and citizenship multiple times. As a result, our AVR system cannot really be called “automatic.”

“… this law is being administered in a way that impedes the registration rates of the very groups whose political voices have been most marginalized in the past.”

This is troubling enough on its own. It is even more problematic in light of the long history of disenfranchisement of these populations. For example, in the late 19th and early 20th centuries, Progressive-era reformers across the country enacted complicated and multi-step voter registration procedures as a way to contain the political influence of European immigrants.

Only about 50 years ago, jurisdictions in the southern U.S. routinely imposed daunting, multi-page registration forms on applicants, some of which called for multiple forms of ID, summaries of current and past addresses, work histories, and sworn character references. The goal was to minimize non-whites’ political power.

In Georgia, for instance, civil rights groups sued Secretary of State Brian Kemp for holding up over 50,000 voting registration applications by mostly Black voters during the lead up to the governor’s race (in which Kemp was a candidate) due to Georgia’s “exact-match” law. A federal judge agreed and forced the state to relax its voter ID requirements.

As intended, Illinois’ AVR law seeks to prevent such outcomes. Yet as currently implemented, it echoes them. It is puzzling, to say the very least, that this law is being administered in a way that impedes the registration rates of the very groups whose political voices have been most marginalized in the past.

Moreover, the slow implementation of the AVR is unfortunately timed. It already impeded registration for the November 2018 election, and promises the same for Chicago’s upcoming municipal elections, which include a large pool of diverse mayoral and aldermanic candidates. Electorally speaking, this is a truly exciting time to be a Chicagoan! This makes the complete implementation of Illinois’ AVR law that much more imperative.

As voting rights advocates have noted, our current AVR process violates the spirit and, to a significant degree, the letter of the law. Voters in Chicago and throughout the state should not have to wait any longer to enjoy its full provisions.​

Dr. Christina Rivers, Ph.D., is an associate professor of political science and the director of the Center for Black Diaspora at DePaul University. You can contact her at crivers@depaul.edu.