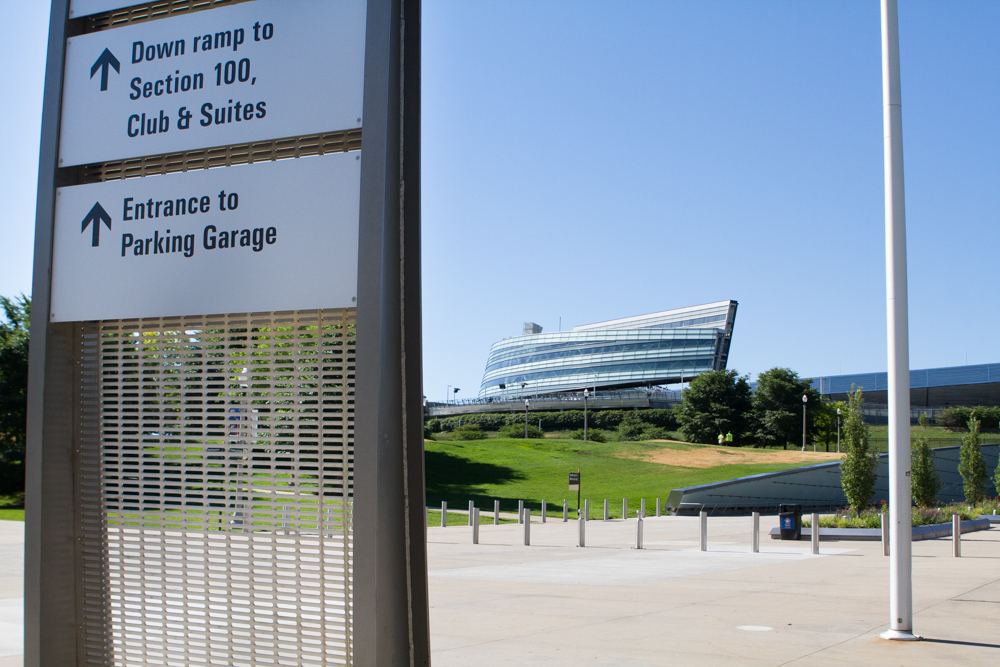 Friends of the Parks successfully challenged the building of a Lucas museum on Soldier Field’s south parking lot on the grounds that it would violate the city’s Lakefront Protection Ordinance.

Chicago’s schools face an existential crisis, and Mayor Rahm Emanuel has been fighting tooth and nail for George Lucas’s Star Wars museum to be built on the lakefront. Even after Lucas pulled up stakes last week, Emanuel kept fighting, slamming Friends of the Parks for basically doing their job, which is protecting Chicago’s lakefront.

The organization came under sustained, vituperous attack (Father Michael Pfleger, Emanuel’s most loyal clergyman and a major recipient of Lucas’ largesse, even compared them to a gang) and held their ground. Much of that attack was based on misinformation and disinformation, said FOTP executive director Juanita Irizarry.

“Anyone who takes what this administration says at face value should rethink that,” she said.

Without a doubt there are revelations that back that up in the 18,000 pages of documents that FOTP won in the discovery process during their lawsuit challenging the siting of the museum. I hope they’ll be released.

There was the notion that FOTP was elitist when it was fighting a land-grab by an uber-wealthy buddy of the mayor’s (billionaire Lucas would have gotten a 99-year renewable lease for $10), and the notion that it was threatening jobs, though as Irizarry points out, “The jobs would have come wherever you put the museum.”

But most often it was “Friends of the Parking Lot,” a theme Emanuel returned to in his comments on Monday.

The thing is, as long as Emanuel is mayor, it’s his call whether that parking lot is developed into parkland. The other thing is, FOTP has been fighting to remove the parking lot for decades ­– and the city has repeatedly broken promises to do so.

As part of the deal winning state approval to expand McCormick Place in 1990, the city and Chicago Park District agreed to a task force plan which would “reduce the amount of surface parking lots and return [it] to recreational uses.” This was reflected in a Chicago Plan Commission resolution in 1993 calling for “removing the major portions of existing parking lots in the park,” and a memorandum of understanding with the park district that year promising “reduction or cessation of parking operations in the lots located south of Soldier Field.” It didn’t happen.

“The parking lot was actually supposed to be parkland under agreements made under Mayor Daley,” said Irizarry. “The city failed to live up to its commitment to remove parking and create parkland. And now they blame us for there being a parking lot.”

If Mayor Emanuel doesn’t like the parking lot there, it’s up to him to do something about it.

In another development, Chicago Treasurer Kurt Summers came out calling on FOTP to drop their lawsuit, pointing to the 2014 report of the site selection committee that he headed and arguing that Lucas hadn’t picked the lakefront site, “we” had.

This was silly first of all because Lucas made it clear that unless he got the lakefront for his “legacy project,” he was going elsewhere, which is just what happened.

Summers’ statement also brought to mind one of the more questionable items on the potential mayoral candidate’s resume, his role as chief of staff for Chicago 2016, sponsor of the city’s Olympics bid – and it did so just as the Rio Olympics seem headed for disaster.

Because as bad as things are here, with the state in crisis and uncertainty about schools opening in the fall, at least we don’t have the Olympics to worry about – and pay for.

Even more than the Lucas museum, that was a project that impinged heavily on the city’s parkland. If Summers does run for mayor, his commitment to parks should be a major question.

The Summers committee report is mainly a glossy advertisement for the Lucas museum (almost all the exhibits pictured are indeed about Star Wars), with huge projections of economic benefits – the kinds of numbers that are always thrown around in these kinds of deals. Certainly, Chicago 2016’s economic projections had little credibility.

Summers’ committee looked at over 50 sites and concluded that Burnham Park was the only one in the entire city that worked. What’s notable in retrospect is that there was no discussion of any possible downside – particularly the Lakefront Protection Ordinance, which bars private development east of Lake Shore Drive.

If these guys weren’t too arrogant to heed the lessons of history – and to know that a challenge to a lakefront site was inevitable – they might have seen that the final outcome, the defeat for Emanuel and Lucas, was well within the realm of possibility.