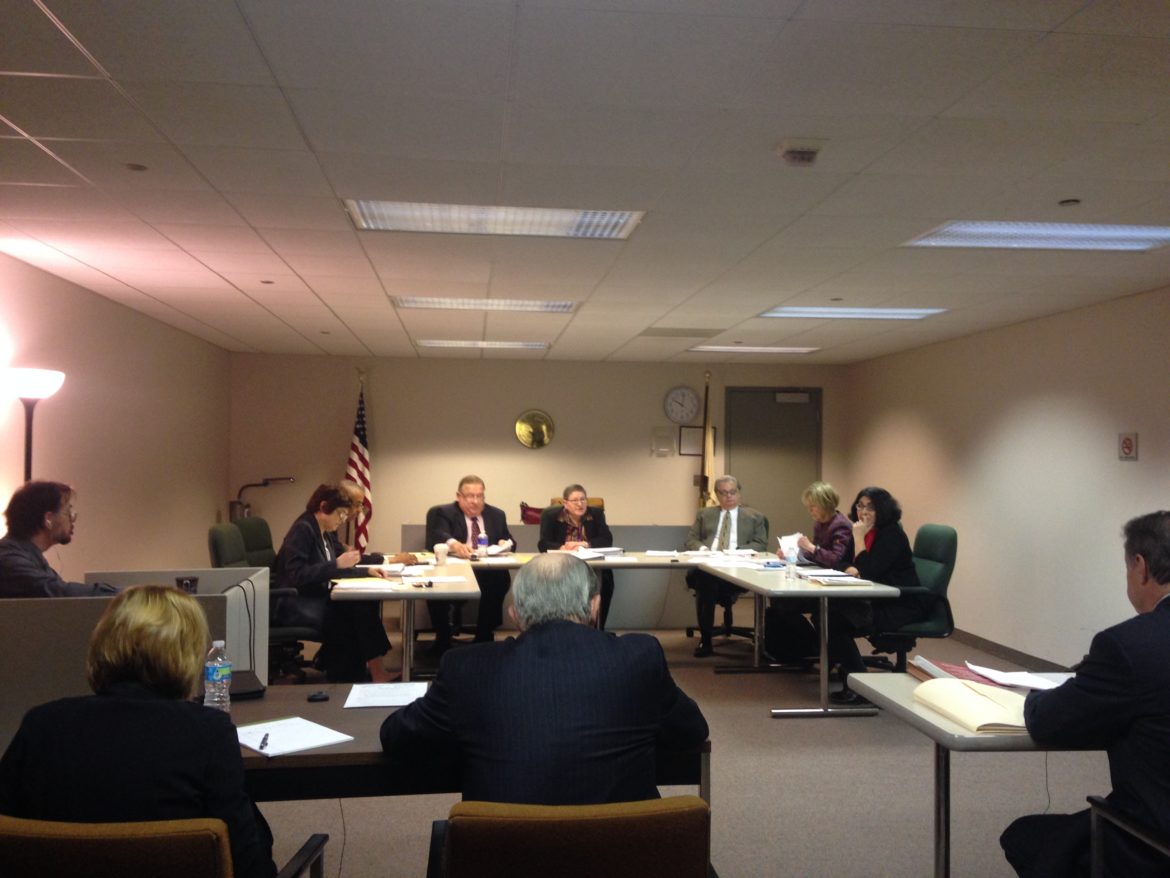 The state's Educational Labor Relations Board ruled against the Chicago Teachers Union in a hearing Thursday.

The Illinois Educational Labor Relations Board ruled against the Chicago Teachers Union today in a case related to the district’s decision to stop paying “steps and lanes” salary increases last fall.

The union claimed the Chicago Public Schools Board of Education violated labor law by freezing salary increases in September, after the expiration of the most recent labor contract. The union had asked the labor board to compel CPS to pay the increases teachers would have earned for “steps,” which refers to educators’ years of experience, and “lanes,” which refers to their level of education.

In a hearing this morning, the labor board unanimously ruled that the CTU hadn’t proven that the district’s decision to stop paying the salary increases would cause irreparable harm to the labor process. The previous labor contract expired last summer and teachers have been working without a contract ever since.

Board chairwoman Andrea Waintroob said ruling in favor of the CTU — which would mean asking the state’s attorney general to compel the district to pay the raises — could hamstring negotiations.

“For us to force the employer to pay lanes and steps, when the employer is bargaining to freeze lanes and steps, would really put a poison pill into the negotiating process,” said Waintroob, one of two members of the five-member board appointed by Gov. Bruce Rauner, a labor foe who has proposed a state takeover of CPS.

(It’s worth noting that Waintroob previously worked for the law firm where CPS’ labor attorney, James Franczek, is a partner, though she resigned after her appointment to the state board.)

The board’s general counsel, Susan Willenborg, had  recommended a vote against the CTU. Willenborg said that the CTU failed to show reasonable cause that labor law had been violated and had not successfully made the case that injunctive relief is just and proper.

Board member Lynne O. Sered, who joined the board in 2004 and was reappointed last year by Rauner,  said she believed the union fulfilled the first requirement, but not the second, explaining that union members could always get paid back for withheld salary increases in the future.

Today’s decision means that for now the district won’t have to pay the salary increases that the union believes its members are owed. Still, the CTU’s unfair labor practice charge against CPS will go through a slower administrative trial process, said union attorney Robert Bloch.

Bloch argued that the “status quo” would be fulfilling CTU members’ expectations that the salary increases would continue, as they have in the some past instances when there was no contract.

The salary increases, if paid, would amount to about 3 percent on average for all CTU members, or about $26 million, the attorneys said.

The district has proposed freezing the pay increases this year, which would be the first in a proposed four-year contract. The union’s so-called “big bargaining team” of about 40 teachers and clinicians shot down that proposal earlier this month — a decision Franczek called “disappointing.”

Given CPS’s current financial straits, Franczek said it’s unreasonable for any teacher to think they’d get a raise.

“You would have to be living in a bubble, under a rock, in a foreign country, on Mars not to know that CPS is in the depths of the most historic fiscal crisis in its history,” he said. “If you are a reasonable teacher in the Chicago Public Schools system, you would have to be saying to yourself, ‘Are we even going to be having a school system next year?’”

Bloch said the district’s “asserted economic difficulty is not a get out of jail card” and that it’s illegal to unilaterally stop paying the steps and lanes increases that teachers expect.

In a statement, CPS officials said they were glad for the decision and look forward to building “on the agreement we reached last month with CTU leadership, so that we can finalize a fair deal that gives our teachers a raise over the life of the contract, protects our classrooms and allows our students to build on their academic gains.”

Bloch said the major effect of the decision is that steps and lanes salary increases won’t automatically “be part of the contract unless they’re negotiated in.” This makes it tougher for the union to bargain for the pay increases going forward.

He also called the vote against the union a reflection of “a new governor, new appointees, new staff.”

During the meeting, labor board members asked several questions of attorneys for both sides. It was clear from some of the questions that some members were sympathetic to the district’s position. One member asked Bloch whether it was reasonable for the CTU to expect the district to continue paying steps and lanes “considering the present financial situation the board is going through.”

Another member asked repeatedly why the negotiations haven’t already reached an impasse, leading attorneys to explain that the two sides are currently in the “fact-finding” process, a step that’s required under the state’s education labor law before the union can go on strike.

Block said both sides are continuing to talk and that union leaders will meet with the big bargaining team “for direction” this weekend, before “we make another go at it.”

“I think there is a desire to get an agreement if we can, so both parties are continuing to meet and continue to work at new ideas,” he said.