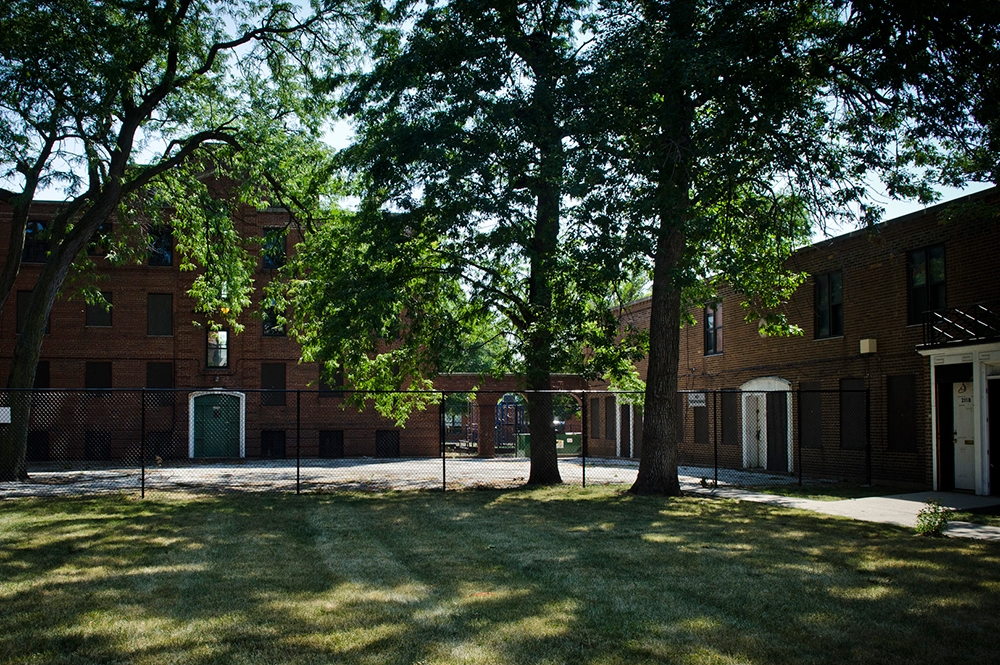 A private developer is expected to push for a TIF district for its redevelopment of Lathrop Homes, a Chicago public housing complex.

With Chicago taxpayers facing steep property tax hikes, is this the time to ratchet up pressure on property taxes with a new tax increment financing district—one that will subsidize private development in yet another non-blighted area?

And with Chicago Public Schools facing a massive deficit, is this the time to provide a property tax subsidy that diverts revenue from the school district to a developer who will add students to neighborhood schools?

That’s why the private development team seeking to control the future of Lathrop Homes, the historic low-rise CHA development along the North Chicago River, is likely to wait a few months before submitting plans for a planned development designation from the city—plans that are expected to include creating a TIF district for Lathrop.

Three years ago, Lathrop Development Partners was planning to propose a $30-million TIF for the redevelopment project. LDP is headed by Related Midwest, a developer of luxury highrises. The group’s plans have been somewhat scaled back since 2012, though for many in the community, they remain overly vague.

Ald. Scott Waguespack (32nd), whose ward includes a small section of Lathrop, said he opposes a TIF for the project. “The fundamental issue is creating a TIF in an area that doesn’t need it,” he said.

Lathrop’s neighborhood has seen steadily rising real estate values. The only “blight” in the area is that created by CHA’s failure to lease and maintain Lathrop’s apartments, and CHA has plenty of federal funding—including over $400 million in stockpiled funds—to address that problem.

Waguespack adds that creating TIF districts designed to benefit a single developer, in which property tax growth goes into the developer’s pocket, is “just a wrongheaded policy.” (Another example is Midwest Related’s redevelopment of Roosevelt Square, the site of CHA’s old ABLA development, where more than ten years from groundbreaking, only 414 of 2,441 planned units have been completed, and the TIF district has been extended until 2035.)

In addition, developers are getting a range of other tax incentives, including federal tax credits for historic preservation and low-income housing as well as waivers on city fees, Waguespack said. CHA is also planning to spend some of its surplus on upfront development costs for Lathrop, he said.

Then there’s the issue of school funding. When completed, Lathrop is projected to have 1,100 units—about 200 more than the current physical unit count, and nearly 1,000 more families than currently reside there. A TIF would mean that additional revenue from new construction—which would otherwise be added to the tax base of CPS and other taxing bodies—would go to the developer instead. CPS would get hundreds of new students but no new funding.

The problem is exacerbated, Waguespack said, because the CHA, the city and the developers have done no planning for local schools, although CHA’s original request for proposals called for a comprehensive educational plan for the redevelopment project.

“There’s definitely going to be kids coming out of these units and they have no plan for how they’re going to address the capacity issues at Jahn School,” the neighborhood elementary school, Waguespack said. (Schneider Elementary, which previously served students from Lathrop, was closed due to under-enrollment in 2011; the building currently houses a small high school.)

“If they’re going to try to jam this (TIF) through, if it’s just going to benefit one developer—and then they don’t do any planning for where future students are going to go—why not let CPS opt out” of the TIF, Waguespack said. That could be done by writing the TIF ordinance so all funds diverted from CPS are returned to the district.

Ald. Joe Moreno, in whose 1st Ward most of Lathrop sits, hasn’t taken a position on a TIF, though he now supports some market-rate housing in the redevelopment, which is the element that requires a TIF subsidy.  He’s also calling for more affordable housing than LDP is currently proposing—and he’s lead sponsor of the Keeping The Promise ordinance, which would require one-for-one replacement of public housing units in development projects receiving city funds.

That’s a key demand of Lathrop residents.  They continue to press for redevelopment focused solely on public and affordable housing, arguing that’s what’s needed in the community and the city.  But if public housing is lost at Lathrop, they say, any planned development proposal has to have specific plans for replacing lost units in comparable North Side areas, with locations and financing lined up.

The expected TIF proposal has ramifications on two levels: whether the high-end housing and high rise buildings it would finance are needed by the community, or just serve the profit margins of the developer; and whether a city struggling with massive property tax hikes and deep school funding cuts can afford it.