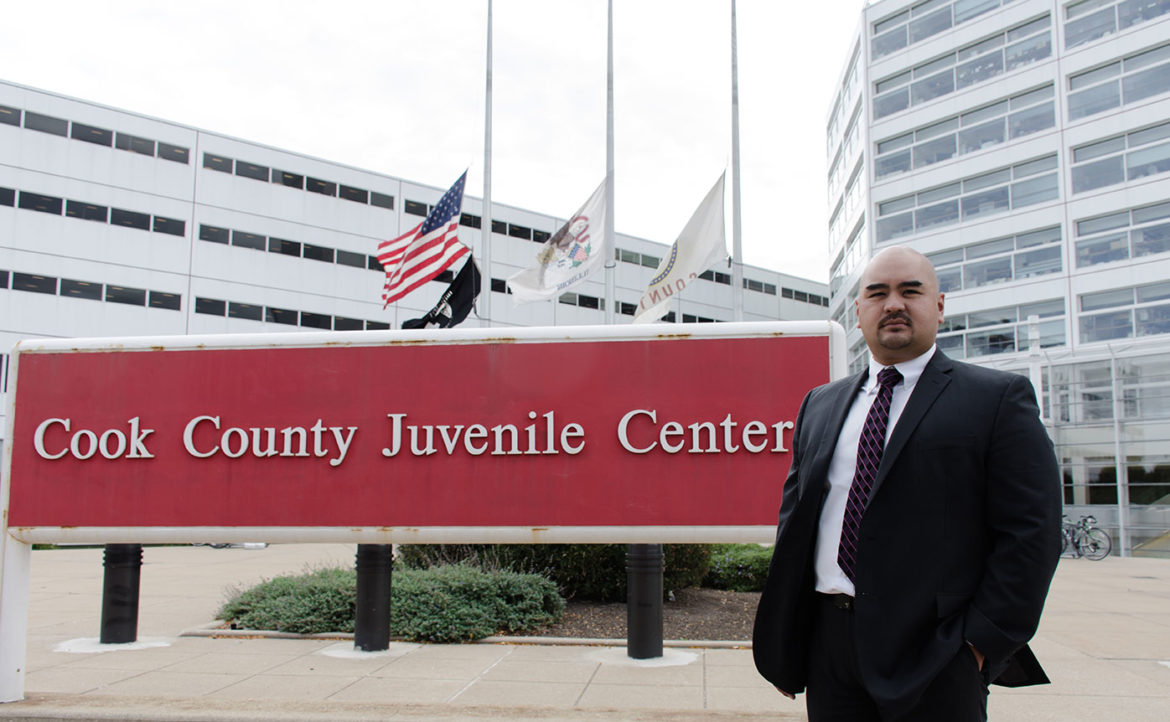 Mark Dinglasan is executive director of Court Appointed Special Advocates of Cook County, which receives three to four requests from Juvenile Court judges each week to assign CASAs to children in abuse and neglect cases.

Hundreds of abused and neglected Cook County children go without much-needed adult support each year because of lack of funding for the county’s volunteer advocate program.

About 1 percent of some 5,800 current abuse and neglect cases in the county’s child welfare system have adult volunteers assigned through the nonprofit Court Appointed Special Advocates, or CASA, of Cook County.

CASA of Cook County is part of a national network of nearly 1,000 such programs that recruit, train and oversee volunteers to act as advocates, both in and outside the courts, for children who are in foster care. Unlike caseworkers or attorneys, these volunteers focus on just one child or set of siblings at a time in a court case. They commit to working 10 or more hours per month for at least one year, attending court hearings and meeting regularly with the child or siblings. The volunteers check in on the children’s schooling and medical or other needs, and file monthly progress reports with the court.

The need for more support for youth in foster care was illustrated by a recent report from the Office of the Inspector General for the Illinois Department of Children and Family Services. The report detailed the tough, traumatic lives led by 11 foster youth who died in shootings during the two years prior to June 30, 2015. One of them was 17-year-old Laquan McDonald, who was shot dead by a Chicago police officer in 2014. All 11 youth were African American or Latino, as are the majority of foster youth in Cook County. (See the response from DCFS.)

“In my ideal world, I’d like to serve all 5,800 [cases]” said Mark Dinglasan, CASA’s executive director. Instead, with a current budget of just $500,000 and not enough staff to train and oversee volunteers, the organization can handle only 75 cases (about 140 children). Meanwhile, Juvenile Court judges send three to four requests for advocates to CASA each week. Overall, the number of abuse and neglect cases has held steady in recent years at about 6,000 annually.

“What I think is important for everybody to understand is the kind of trauma our kids go through that leads to a lot of what we see in the papers,” Dinglasan said. “There is a correlation between kids not having a good foundation and what we’re seeing in our city.”

Candice Jones, who recently left her post as director of the Illinois Department of Juvenile Justice, said CASA gives courts a clear picture from an independent observer of how foster children are coping with their lives.

“If the goal at the end of the day is to ensure we have an accurate picture of a child and keep them out of [worse situations], we need to put resources behind programs like CASA,” said Jones. She now works for the Emerson Collective, a nonprofit focused on education, immigration reform and other social justice issues.

“By the time a kid would arrive to us [in the juvenile justice system], it’s because everything else had gone wrong,” she said. “In any big system, we put our resources behind something. Is it going to be behind prisons [and] criminal justice or more front-end advocacy services? It’s a question that needs to be grappled with.”

Twelve of the 32 Illinois counties with CASA programs provide funding through special court fees that can be imposed under a 2013 law. Cook County is not one of them. A spokesman for Cook County Board President Toni Preckwinkle did not respond to a request for comment on the issue.

Debi Blocker, interim executive director of CASA of Illinois, said that generating money through court fees is “not an easy process in any county … Some just aren’t comfortable tacking on additional fees.” More fees could be a tough sell in Cook County, which already needs to raise revenue to close a $174 million deficit for 2017.

Without public funding, CASA of Cook County relies on private money. Dinglasan, who became executive director in 2015 after a revolving door of leaders in recent years, has set his sights beyond private philanthropy and foundation grants; he seeks corporate sponsors. He also plans to apply for federal grants that are open to CASAs, which Cook County’s CASA does not currently receive.

With limited staff because of fiscal challenges, Dinglasan said he hopes to expand services through a “peer coordinator model,” in which unpaid but experienced volunteers are trained to supervise other volunteers. Other CASAs have also begun using the model.

Though the model could expand the ranks of volunteers, it would still require nearly a tenfold increase in funding — a budget close to $5 million— Dinglasan said.