As the president of a Chicago-based company that conducts business internationally, Clare Muñana looks for interns who can speak Spanish, take notes in English and then fire off a memo in both languages.

Muñana, president of the management consulting firm Ancora Associates, Inc., and a School Board member, says she’s not the only executive searching for personnel with those language skills. Chicago companies competing in the global market are desperate for well-educated employees with fluency in more than one language.

Yet Muñana worries that the district’s schools are failing to produce workers with those skills. So she and fellow board member Alberto Carrero decided to tackle the issue. They spearheaded the formation of the Bilingual Education and World Language Commission, bringing together top-level CPS officials, community advocates, parents, principals and teachers to discuss the state of bilingual education in CPS. (The commission is funded by The Chicago Community Trust.)

The commission, armed with data that illustrate how bilingual programs are shortchanging English-language learners, may be laying the groundwork for a major shift in the goal of bilingual education: Instead of pushing children to learn English as quickly as possible, programs would aim to build students’ literacy in their native language as well as in English. The approach is called dual language.

Muñana says it is not just Spanish-speaking students who should be learning two languages, but all children. Still, she notes, it doesn’t make sense to overlook those children who already speak a foreign language; schools should help them continue to develop it.

“Kids do lose their native language if they don’t receive any instruction in it,” Muñana says. “What I don’t want to see is a child who can’t speak English well or Spanish well. It is a disservice to them.”

Nancy Villarreal-Adler, the interim director of the Washington D.C.-based National Association for Bilingual Education, says other districts are moving toward dual language instruction—among them, Fort Worth and other districts in Texas. Here in Illinois, several districts, including Highland Park, Evanston and Crystal Lake, have some form of dual language instruction, according to the Illinois Resource Center, which provides professional development for bilingual teachers.

Chief Education Officer Barbara Eason-Watkins, a commission member, told the group she wants suggestions for major changes in instruction, not just tweaks. Any changes, however, face hurdles, such as a shortage of bilingual teachers and possible resistance from some parents who prefer that their children focus on learning English.

And the commission will have to tread lightly with its recommendations. While English learners in CPS speak 110 languages, about 85 percent are Latinos, and the state of bilingual education is a politically charged issue that often becomes intertwined with discussion about Latino immigration or nationalism versus assimilation.

Currently, 22 elementary schools in Chicago offer some type of dual language program. Some 400 have traditional bilingual or English as a Second Language programs.

Advocates say that dual language programs do a better job of developing students’ higher-level thinking skills and ability to master difficult content. The reason: English learners continue to receive instruction in their native language, in which they have more fluency and resources. Without these higher-level skills, advocates add, students’ academic performance will suffer, particularly when they get to high school.

Tamara Witzl, principal of Telpochcalli, a dual language school in Pilsen, says brain research shows the value of developing fluency in two languages. She notes that middle-class and wealthy parents of English-speaking children push their children to learn a second language. Meanwhile, children in bilingual education are pushed into speaking only one language, she contends, and bilingual programs give Spanish-speaking students the impression that what happens in their community is bad.

“We want to build on what they bring to us, not take away,” Witzl says. “A big piece of [bilingual education] is to invalidate their culture. They feel diminished and trashed.”

Some parents, too, are dissatisfied with bilingual education. Compared to parents elsewhere in the state, a higher percentage of CPS parents refuse to place their children in bilingual programs or withdraw them before they pass the proficiency test.

Still, it’s unclear whether these parents would embrace dual language—or instead, veer toward English immersion.

A lot of parents and community members want more English instruction because they see learning the language as essential to achieving the American dream, says Juan Rangel, the executive director of UNO, a Latino community organization. “These are families that aim to have their young people succeed,” he says.

The UNO Charter School Network has embraced an English immersion curriculum. “We want to challenge CPS to look at different models for language acquisition,” Rangel says.

Still, the majority of studies show that students given some instruction in their native language do slightly better than those in English immersion programs, says Timothy Shanahan, a professor at the University of Illinois at Chicago, who edited a 2006 book that took a comprehensive look at studies of bilingual education.

But the benefit is not dramatic, he notes. “Either way, it is not going to be a huge disaster,” he says. “You are not condemning the student to total failure.”

Some educators question whether it’s feasible to implement dual language programs on a large scale in a big district such as Chicago, given logistics and other barriers.

The longstanding shortage of bilingual teachers would likely be exacerbated by a shift toward dual language, which would require more teachers who are able to lead classes in students’ native language. In some schools, that would mean finding teachers who can lead classes in Arabic or Bosnian, languages for which it is more difficult to find teachers. Even schools that already have bilingual teachers on board might have trouble finding the additional teachers needed to continue with native-language instruction throughout the grades.

Maria Vargas, a former board member who chairs a legislative advisory committee on education for Chicago’s 2nd District, spoke at the bilingual commission’s first public hearing in October and noted the serious shortage of bilingual teachers. In some classes in overcrowded Latino schools, the student-to-teacher ratio is 31 to 1, Vargas said to the group.

“At the minimum, you need to monitor compliance,” Vargas added. State law calls for bilingual class sizes to be 10 percent less than the average class size in the school.

But Witzl and other principals at dual language schools say lack of staff should not be a significant barrier. At Telpochcalli, only about a third of the staff is bilingual. “It is very doable and very sound,” Witzl says.

Another potential barrier is how schools would teach children who are not literate in their own language. Janet Zaccariello, director of instruction for Sawyer Elementary in Gage Park on the far Southwest Side, considered adopting dual language when she and other faculty became frustrated that English learners weren’t succeeding in traditional bilingual programs.

But many of Sawyer’s students come from poorly educated families and walk in with limited Spanish vocabulary, Zaccariello says, and so she concluded that dual language instruction wouldn’t work because students had so few resources in their native language—and therefore had few literacy skills to build upon. Children would reach 5th or 6th grade without strong skills in either language.

As a solution, the school adopted an approach called sheltered instruction, a form of English immersion that uses gestures and simple vocabulary to communicate to non-English speakers. Zaccariello and other teachers say the approach is working.

Rita Soto, a 2nd-grade teacher, says her incoming students now know enough English to allow her to teach at grade level. “I don’t have to water things down,” Soto says.

What needs to change

Witzl notes several changes that would have to take place if the district were to adopt dual language instead of traditional bilingual education. For one, the district would have to get around state policy, which mandates an approach that aims to transition children into English-only classes.

There’s also the question of assessment: Standardized testing is especially difficult for students who are getting virtually no English in the early years, and with the recent decision to scrap the IMAGE (Illinois Measure of Annual Growth in English), English learners will face the more difficult ISAT.

Beatriz Ponce de León, project manager of the commission, and Muñana both say the commission is aware of the various challenges. The commission plans to hold more focus groups and public hearings, and gather additional research. Once they’ve done so, their recommendations could range from changes in state law to launching a pilot for a new approach.

Officials might also want to look toward curricular changes. Shanahan says many studies note that English learners might know how to read and speak a second language, but they don’t fully comprehend it. He says English learners need intensive vocabulary lessons.

“Everybody needs a daily dose of vocabulary, but these students need a double dose,” he says. “Setting aside time to do vocabulary is a smart move, and it will pay off.”

Shanahan says he understands why officials are investigating a new approach, given the increasingly international focus of the business world.

“There’s no question, knowing two languages is a good thing,” he says. “There are obvious benefits to the individual because they can earn more if they know two languages, and to society because the workforce will be more employable.”

Diane Zendajas, the district’s new director for the Officer of Language and Cultural Education, is hopeful that the commission’s work will elevate the status of bilingual education. Bilingual programs are sometimes considered remedial, she says, and the needs of bilingual students are typically not taken into account when new curricula or initiatives are put in place.

“For too long, it has been an afterthought,” Zendejas says. “I hope this takes us to the next level.” 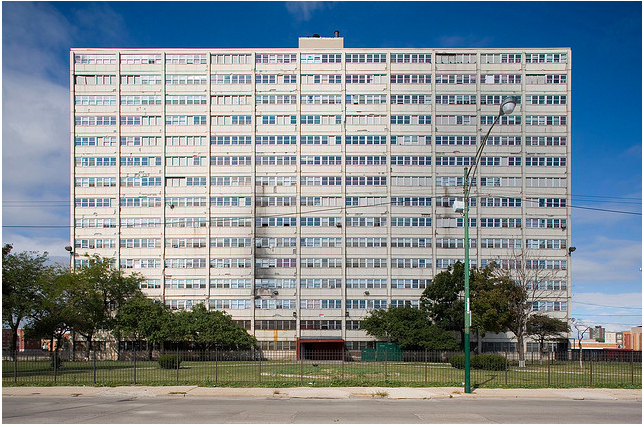