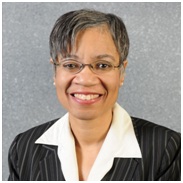 As we enter the final stretch of the race to close down a record number of schools, the most ever in a single district at one time, we are extremely concerned about the patterns that are emerging in North Lawndale.

We find that capital costs used to justify closing North Lawndale schools have been inflated up to 3 times. Moreover, no capital projects are now in progress at the schools slated to be closed, and they are in excellent condition. We have also found, consistently, that CPS has misrepresented the amenities of the closing schools. In most instances, the closing schools have greater amenities than the receiving schools. For example, CPS has said that Pope and Henson don’t have computer labs. Yet Henson has two technology labs, a library and a computer in every classroom, and Pope has a technology lab and a media center.

(Catalyst Chicago reported on the impact of closings in North Lawndale in the spring issue of Catalyst In Depth. Independent hearing officers have recommended against closing about a dozen schools, but none of those targeted in North Lawndale.)

In addition, while Henson’s receiving school is Hughes, the new attendance boundaries are drawn such that the lion’s share of Henson students will go to Herzl, another AUSL school. There are also connections to the current CPS leadership. Board President Vitale is the former board president of AUSL. CPS’ Chief Administrative Officer Tim Cawley is a former managing director of AUSL.

Even though CPS has designated Cardenas and Castellanos as receiving schools for Paderewski, the new attendance boundaries for Cardenas and Castellanos are drawn such that the northern boundary is Cermak Road. Likewise, the southern boundary for Penn and Crown is Cermak. Effectively, Latino students will be sent to Cardenas or Castellanos, which are higher-performing, while African American students will go to Penn or Crown, both lower-achieving. Cardenas is Level 1 and Castellanos is Level 2, and both are nearly filled to capacity. Paderewski, Crown and Penn are all Level 3 schools, and Paderewski is the strongest of the three.

We ask that CPS put a moratorium on school closures until they can complete their master facilities planning process, mitigate any conflicts of interest and change any plans that could compound segregation.