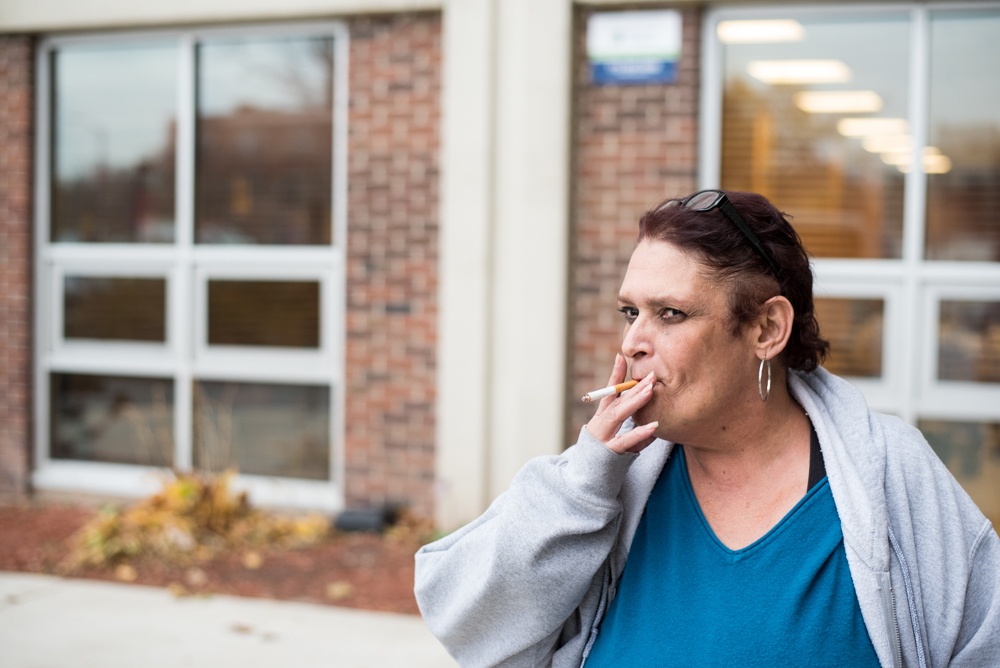 Maria Rios, a resident of the Patrick Sullivan Apartments on the Near West Side, doesn't think she could give up cigarettes even if smoking is banned in CHA housing.

A proposed indoor smoking ban in public housing units across the country has gained support from health professionals, but some residents and affordable housing advocates in Chicago are skeptical about where it might lead.

The debate centers on whether the proposal would help protect a population disproportionately addicted to nicotine or if it would impose unfair restrictions that could lead to evictions and homelessness.

Proposed by the Department of Housing and Urban Development last week, the rule must go through several stages of public comment before it could go into effect. The proposal would ban smoking inside 700,000 public housing units nationwide.

In Chicago, it would apply to more than 15,000 units in family and senior buildings and “scattered site” locations across the city. It would not apply to the 2,800 public housing units in mixed-income developments, seven of which already ban smoking.

“I don’t really see any negative consequences; all I see are positive consequences,” said Mohammad Siahpush, a professor of public health at the University of Nebraska Medical Center who researches the link between tobacco use and socioeconomic status.

While smoking rates have dropped, overall, by 4 percentage points in the U.S. since 2005, low-income Americans still smoke at significantly higher rates than wealthier Americans. In 2014, less than 17 percent of all adults were regular smokers, but 26 percent of those below the poverty line were, according to a recent report from the Centers for Disease Control and Prevention.

The correlation between poverty and smoking likely is caused by multiple factors, including targeted marketing by tobacco companies, the stress of living in poverty and the high cost of the smoking cessation products regarded as most effective, Siahpush said.

“I don’t want to imagine people—elders and those with limited mobility—who smoke being mandated to go outside and 25 feet away from their building’s entrance during freezing winters and hot summers, and where they are more likely to get shot,” said Aisha Truss-Miller of the Metropolitan Tenants Organization, a non-profit that helps low-income renters and public housing residents organize. “Market-rate renters choose if they want to move into or stay housed in a smoke-free building; poor people will not have that choice.”

It’s easier to stop smoking when you are not around other smokers, Siahpush said.

“The prime motivation for smoking bans is to protect the non-smokers,” he said. “But a good consequence of a smoking ban is that it will facilitate quitting among smokers.”

HUD has been encouraging public housing agencies to ban smoking for several years. CHA adopted a policy in 2014 requiring all new properties built, acquired or rehabbed after January 2014 to be smoke-free. The Housing Authority of Cook County voted last December to implement a total smoking ban after a majority of residents who responded to a survey said they supported the policy. It goes into effect on December 1.

“In addition to the health issues, it’s also a maintenance issue for housing authorities,” said Jon Duncan, HACC general counsel. “When a tenant leaves an apartment for any reason, if they were a smoker, the cost of getting that property to good condition for the next person is quite a bit higher.”

However, residents and affordable housing advocates say they are concerned about the lack of resident input into HUD’s proposed ban. They say imposing additional rules on public housing residents could push some of them out on the street.

“You’re taking people that don’t have a lot of choices of where they live in the first place and taking away another choice,” said John Bartlett, executive director of the Metropolitan Tenants Organization. “You want people to feel like they are making a choice to do this.”

“I’m opposed to [the ban],” said Francine Washington, president of the Central Advisory Council, the CHA’s resident board. She stood outside the CHA board meeting on Tuesday, enjoying a cigarette. “Smoking’s the last thing we got. Next thing you know, we’re going to have notes on our plumbing saying when we can go to the bathroom or get a drink of water.”

Washington, who has been smoking for 36 years, said she doesn’t light up in her apartment, but not because CHA banned it.

“My husband banned it,” she said. “Whatever he says, goes.”

Most residents likely will need help kicking the highly addictive habit. Under the proposal, housing authorities are being asked to provide assistance with smoking cessation.