Betty Allen-Green, an elementary school principal in a rough West Side neighborhood, says she had never thought about whether some pupils at Herzl may have had a parent in prison. Then, one day two years ago, she joined members of her church on a ministry inside Cook County Jail.

“The first person I saw was the mother of one of my students,” Allen-Green recalls. The next day at Herzl, Allen-Green pulled the student aside and mentioned that she had seen his mother. She also told him that his mother said she loved and missed him.

The conversation spurred a special relationship between Allen-Green and the young man, then in 7th grade. He began to confide in Allen-Green, who in turn, helped him stay connected to his mom by exchanging letters and keeping her up to date on what was going on with her son in school. He has since graduated and is now in high school. He still visits Allen-Green at Herzl to let her know how he’s doing.

Set to retire in June, Allen-Green is now laying the groundwork for an organization that would provide mentors to children in North Lawndale whose parents are in prison. As many as 57 percent of North Lawndale’s adult population has had some involvement with the criminal justice system, either by being arrested, incarcerated or being put on probation, according to a 2002 study by the now-defunct Center for Impact Research.

Two existing community organizations won federal funds to start mentoring programs for prisoners’ children, but neither is on the West Side.

“I plan to devote my life to this,” Allen-Green says. “I see the effects that having a parent in prison has on the lives of children. I want to be able to eliminate some of the barriers.”

Allen-Green’s program will be modeled after Amachi, a faith-based initiative in Philadephia that has gained national recognition and kudos from President George W. Bush.

Founded in 2000, Amachi works with churches to find mentors for children whose parents are in prison. Churches are full-fledged partners. Pastors recruit mentors by reaching out to them from the pulpit and keeping tabs on how many mentors are active. Currently, some 100 congregations work with Amachi in Philadelphia and serve about 700 children.

In November, Allen-Green completed an Amachi training institute and has already begun talking to potential funders and to churches. Chase Bank and the Steans Family Foundation will provide office space, as well as cash. The pastor of Greater Galilee Missionary Baptist Church in North Lawndale has already signed his church on as a partner.

Allen-Green has also approached North Lawndale Learning Community, a group of 13 principals who meet regularly to talk about how to address issues that affect their schools. Principals in the group told Allen-Green they would like to get extra help at their schools for children whose parents are in prison, and promised to connect her to them.

Allen-Green sees her post-retirement plan as a mission. Someone from Amachi told her about a grandfather, father and son who were all behind bars. The son explained that, somewhere out there, he had a 2-year-old son.

“If nothing changes, there will be four generations behind bars,” Allen-Green says. “That is what worries me.” 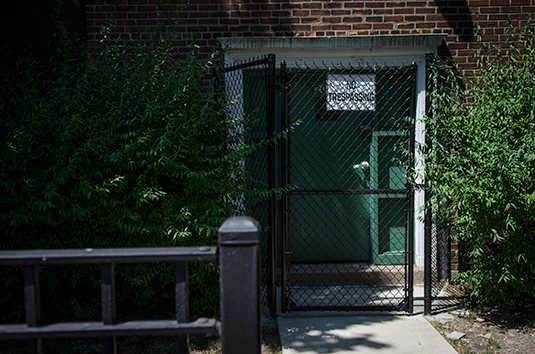