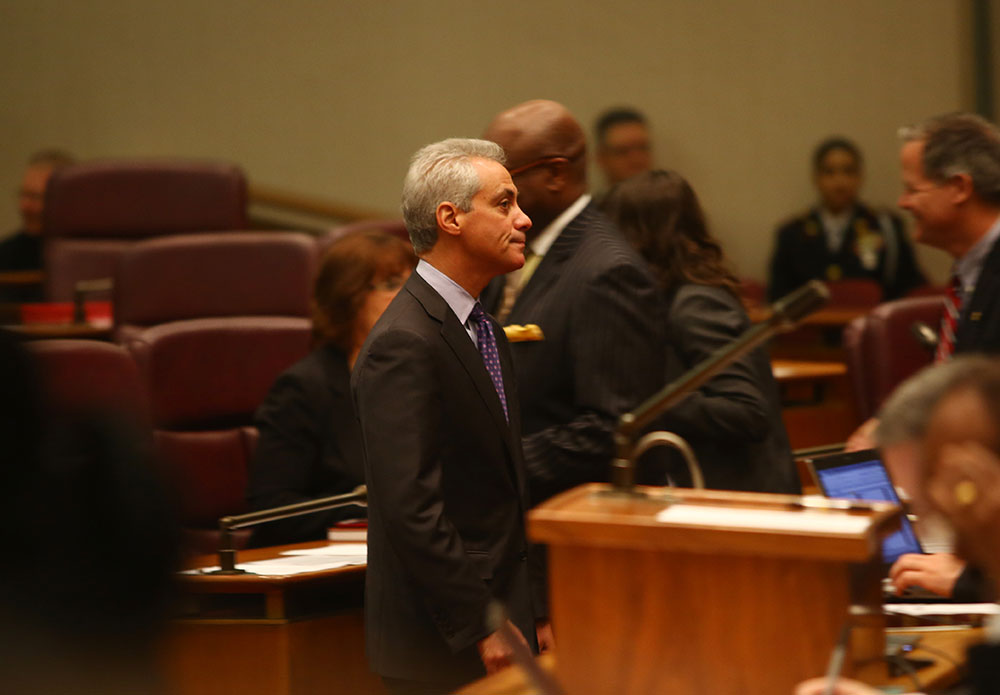 When Mayor Rahm Emanuel announced his latest timetable for a police reform ordinance, the first question was “What will happen next to derail his plans?”

Earlier Emanuel had announced that an ordinance would be introduced in May – until advocates including Police Board president Lori Lightfoot, who chaired Emanuel’s Police Accountability Task Force, insisted that community input was needed.

After that it was going to be introduced in June after two City Council committee hearings – until they were denounced as a “sham.”

Last week Emanuel announced the City Council will hold five evening hearings across the city in August, and the “City Council plans to vote on an ordinance in September” replacing the Independent Police Review Authority, which addresses the most egregious cases of alleged police misconduct, and creating an auditor for public safety.

Creation of a Community Safety Oversight Board will run on a separate track, with community-based organizations holding a series of hearings. “Following this engagement process, and using public feedback gathered during it, the city will craft an ordinance that lays out the structure of the board,” according to the mayor’s news release.

The council’s Progressive Caucus endorsed the hearings but called for input from local and national experts on police accountability issues.  The caucus announced that Ald. Ricardo Munoz will hold a series of subject-matter hearings in City Council chambers to hear from “experts and advocates” about their experiences here and best practices from other cities.

The caucus warned that “rushing passage of legislation this important at this critical juncture in our city’s history” would be “a serious error.”

The normal order of business in Chicago, where mayoral control permeates almost every nook and cranny of city government, would be for minions in the mayor’s office to draw up the ordinance that would actually go to the council for a vote, following a series of aldermanic briefings where minor issues could be smoothed over and a consensus established.

The technical term for that approach is “behind closed doors.”

In other legislative bodies – those that are more than just rubber stamps – the order is different, said Dick Simpson, a political scientist at University of Illinois at Chicago and former reform alderman.  There a bill is introduced and hearings are held on the bill.

If transparency were more than just a talking point for our mayor, he’d release a proposed ordinance before holding hearings.

So far, from what he understands, “the mayor’s office pushed a version that gave way too much control to the mayor,” said Tracy Siska of the Chicago Justice Project. “That will never fly.”

In an opinion piece in Crain’s earlier this month, Siska argued that the current process “shows that Mayor Rahm Emanuel is not dedicated to creating an accountability system based on community buy-in or best practices around the country.

“If the mayor was serious about engaging community leaders and local and national accountability experts, the process for drafting the ordinances would not be done behind closed doors and by political appointees with no expertise in the subject matter.”

He notes that given recent events, council members are increasingly concerned about being seen as “too close to Rahm.”  And they’re worried about being targeted by protestors.  “They don’t want 500 people showing up on their front lawn,” he said.

Simpson’s latest study of City Council votes shows that the number of divided votes has “dramatically increased” compared to Emanuel’s first term.  It cites the cover-up of the police shooting of Laquan McDonald and record property tax increases among the factors weakening the mayor.

Still, Emanuel has never lost a council vote, Simpson notes, and 56 percent of its members vote with the mayor at least 90 percent of the time.  But the council is “slightly less of a rubber stamp,” he said.  Emanuel “still has a majority but it’s much thinner.”

And on the issue of police accountability, there’s much more attention and much more public pressure on council members.  They may see that as a problem; maybe they should see it as an opportunity.

It comes down to independence: Will the police accountability apparatus be free of mayoral control?  Will it be guaranteed sufficient budgets and staff?

And will the City Council force the real discussions out from behind closed doors and into the daylight?