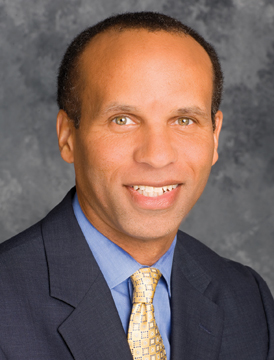 Two years ago the Chicago Urban League and a group of plaintiffs went to court to root out what we believe lies at the heart of the continuing failure of Illinois public schools: the state’s fundamentally flawed and discriminatory funding system. As children return to school and our lawsuit resumes its progress through the courts, it is a good time to look at where we’ve been and where we’re going.

Our lawsuit (Chicago Urban League, et al vs. State of Illinois, et al) came in response to more than a decade of political gridlock in Springfield which has left the General Assembly and Illinois State Board of Education unable to act to solve the education crisis gripping our state. Year upon year, for hundreds of thousands of children of color, Illinois has failed to provide adequate financial resources to give them the high quality education they need and deserve.

Worst of all, these sad realities create a corrosively low morale inside the classrooms that cripples teaching and learning. Our lawsuit argues that Illinois’ property-tax based school funding system as administered by the Illinois State Board of Education disparately impacts poor and minority children, violates the Illinois Civil Rights Act of 2003, and must be changed.

The historic neglect we see in these majority-minority schools can be devastating. A new study by the Schott Foundation for Public Education reports that in Illinois 36% fewer black males graduate high school than do whites. The immediate future looks threatening. Chicago Public Schools, the state’s largest system, now faces a budget crisis of unprecedented severity that has triggered layoffs of teachers and other staff, necessitated increases in classroom sizes, delayed crucial facilities maintenance, and created a sinking, Titanic-like atmosphere inside CPS’ Clark Street headquarters.

Last spring Chicago Urban League published a policy statement we call the Opportunity Compact: Education, a blueprint that proposes inexpensive but effective strategies to address some of the problems besetting Illinois public schools. Although the Compact recommends that these strategies be implemented in conjunction with fundamental changes in the state’s education funding system, the policies are also appropriate in this time of austerity — delivering lots of bang for the educational buck. Among them: promote and expand early childhood programs to bring in larger numbers of Latino and African Americans; build closer partnerships between schools and communities; raise standards and expectations among parents, students and schools; overhaul the broken teacher tenure and evaluation process; reward high performing teachers for working in low-performing schools; and close or turnaround chronically low-performing schools.

Critics may ask how can Illinois afford to reform our funding system in the midst of a fiscal crisis. To this we remind Illinoisans that it would be a terrible mistake to view education as anything other than the highest economic priority. The swelling ranks of unemployed young people who have dropped out of school and are unable to find work — thought to be 2 million or more in Illinois alone — pose a threat to the economic productivity of the state.

The workforce of tomorrow will consist largely of today’s young black and brown people, and poor education will likely confine these bright but untrained youngsters to a life of low-wage work. In today’s dollars, the average worker with no high school diploma will earn about $8 per hour. That’s just $320 per week. But college grads will earn about $25 per hour, or $1,000 per week. Better schooling will also be a boon to the state. Decreasing the total numbers of male dropouts by 5% would add nearly $400 million annually to the state’s GDP, in addition to growing the tax base. In the present era of economic contraction, outsourcing of jobs, and heightened international competition, smart and fair education investment will pay the social and economic dividends we need to raise our productivity and climb out of our fiscal hole.

Educational progress and reform need not be costly. The Schott report notes that the city of Newark, New Jersey had the best performance nationally in districts with enrollments of 10,000 or more Black male students. This result can be attributed to increased funding parity under the “Abbott” school equity lawsuit that enabled these low-performing districts to acquire better teaching and better equipment.

The lesson of “Abbott” and one that has relevance to Chicago is that we can bring up the bottom without bringing down the top. So this fall, as the Chicago Urban League, other plaintiffs, and our pro bono counsel Jenner & Block, continue to fight in court, we wish to remind Illinoisans that educational funding reform must remain a priority. It doesn’t have to be costly. Just fair.

This column originally appeared on The Huffington Post. David E. Thigpen is vice president for policy & research for the Chicago Urban League.