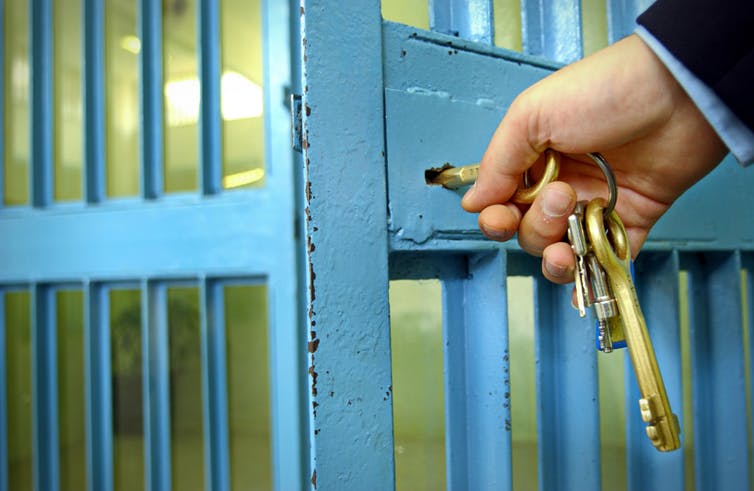 Many states prohibit people from receiving state financial aid for college in prison.

When it comes to higher education in prison, much of the media and advocacy focus is on trying to get Congress to lift a longstanding ban on giving Pell Grants to people serving time.

While a bipartisan effort to restore Pell Grant eligibility to people in prison has stirred optimism among advocates, the top Republican on the House Education Committee – U.S. Rep. Virginia Foxx, of North Carolina – questioned whether the federal government should make federal money available to people in prison.

“I do not understand why we want to burden people all over this country to pay for programs for prisons by giving them Pell Grants when the states themselves can take care of this,” Foxx said during a May 9 congressional hearing on how to improve college completion rates.

I believe Foxx is right that states could fund higher education in prison. However, when I examined state laws and policies nationwide, I found that many states – just like Congress in 1994 – have explicitly banned incarcerated people from receiving state financial aid grants.

As part of my research on policies that affect people who were impacted by the criminal justice system, I analyzed the state statutes, regulations and program manuals for at least 357 active, state-funded grant programs for college students. Approximately 37% – or 131 of them – across 26 states explicitly deny aid eligibility to incarcerated students or students with criminal convictions.

To understand why the state bans on financial aid were enacted, I reviewed historical documents and interviewed former state policymakers who created the bans.

One of the most well-known state scholarship programs is the Georgia HOPE Scholarship, an initiative of the late Democratic Gov. Zell Miller.

A former staffer in Gov. Miller’s administration told me that a 1994 audit found that incarcerated students enrolled in courses through private nonprofit colleges were using what was then called the HOPE Grant, a flat US$500 per semester scholarship. 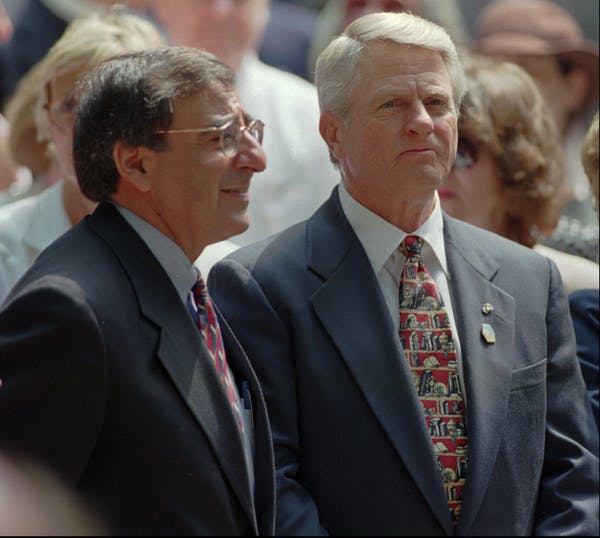 Georgia Gov. Zell Miller, right, stands with President Clinton’s Chief of Staff Leon Panetta before graduation ceremonies at Princeton University in 1996. Clinton, who spoke at the commencement, invited Miller to join him at the graduation because of the success of Miller’s higher education program in Georgia.

For the tough-on-crime Gov. Miller – who was facing his November 1994 reelection – this finding of prisoners using taxpayer funds was a political problem. If the public or his opponents learned that his prized program was being used by “criminals,” it could cost him the election. The governor directed his staff to keep the issue quiet. After Miller’s narrow electoral victory – 51% to 49% – his staff issued new administrative regulations in spring 1995 that stopped the flow of HOPE money to students in prison. As a result, incarcerated students are not eligible for any of the scholarships administered by the Georgia Student Finance Commission.

Similarly, in 2011 the state of Indiana changed its laws to prevent incarcerated people from receiving the Frank O’Bannon Grant, the state’s largest need-based financial aid program. The program awarded more than $178.6 million in fiscal year 2018.

In the wake of the Great Recession, the Indiana state budget, like those of other states, was facing massive cuts. But during this time, the number of state grant recipients grew. This kind of growth often occurs during economic downturns as unemployed people return to college to gain new skills and credentials.

To explore where to cut, the budget officers in Republican Gov. Mitch Daniels’ office audited scholarship spending, a governor’s office staffer told me. They learned that incarcerated students were receiving millions of dollars in state financial aid. One news report stated that 2,500 prisoners got about $9 million in O’Bannon grants in the 2009-2010 academic year – nearly a third of the $30 million in O’Bannon grants awarded that year.

So budget staff proposed eliminating their aid eligibility. The Republican-controlled Indiana legislature passed the new law in its 2011 budget bill, which had a swift impact on Indiana’s prison higher education programs.

Without student aid to pay for tuition costs, the six public and private colleges that offered credit courses in Indiana prisons stopped doing so. They also let go of hundreds of faculty and lost millions in tuition revenue.

A chance to act

In my dissertation, I argue that state governments should restore financial aid eligibility to incarcerated students.

California, New York, New Jersey, Pennsylvania, Illinois and Indiana are among the states that spend the most money annually
on financial aid for undergraduate students. Yet, incarcerated students are explicitly denied eligibility for the largest grant programs in those states. These programs include the California Cal Grant, New York Tuition Assistance Program, New Jersey Tuition Aid Grant, Pennsylvania State Grant, Illinois Monetary Award Program and Indiana Frank O’Bannon Grant. Restoring state grants to the thousands of qualified incarcerated students in these states would have a large and immediate impact.

It is too soon to tell what Congress will do with the REAL Act, a bill to restore Pell Grants to incarcerated students. The bill is currently scored as having a 3% chance of being enacted.

State legislators, however, have an opportunity to unlock financial aid for people in prison.

Dr. Bradley D. Custer is a recent graduate of the higher, adult, and lifelong education Ph.D. program at Michigan State University. His research focuses on policies and laws that affect the ability of system-impacted people to go to college.