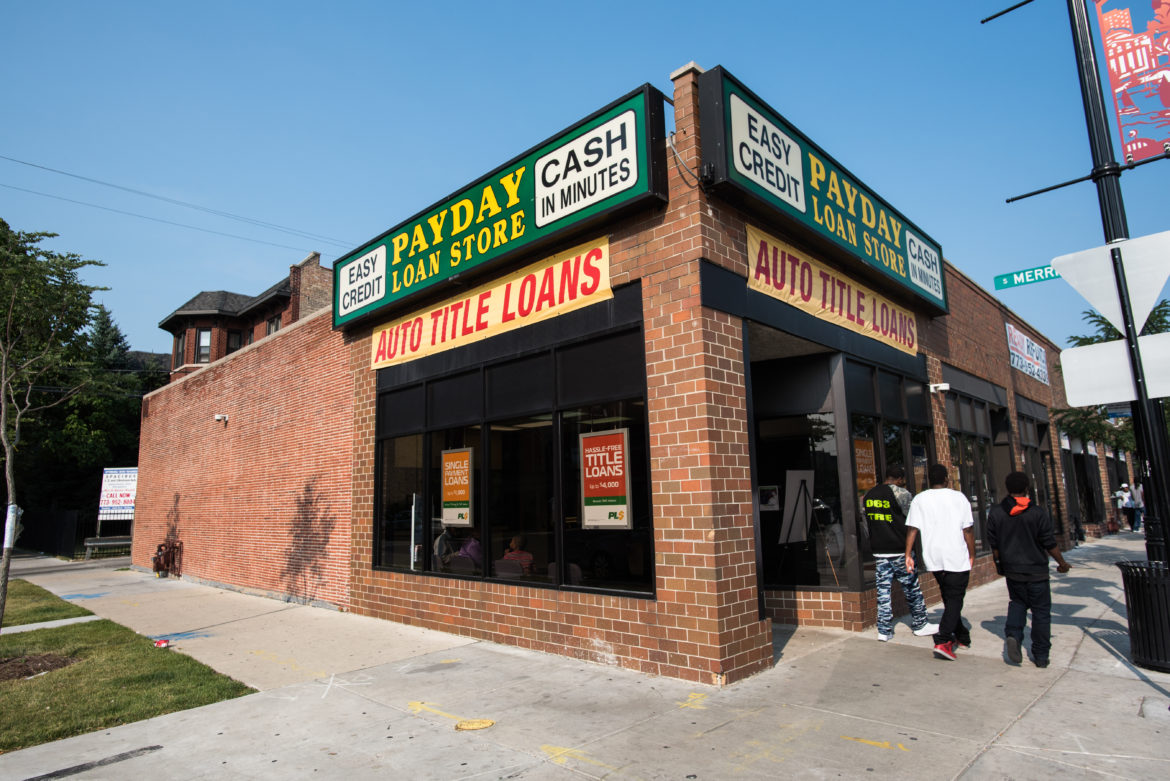 A payday loan lender located at 2132 East 71st Street on Chicago's South Side.

Federal stimulus payments have started to show up in people’s bank accounts, but some of those most in need of financial assistance in the nation’s growing economic crisis are in danger of having it diverted to debt collectors.

Consumer advocates are “concerned that thousands of Illinoisans will have their stimulus checks consumed by non-essential loan payments instead of critical needs like shelter, food, and medicine,” said Brent Adams, senior vice president of policy and communication at Woodstock Institute.

Gov. J.B. Pritzker has taken some steps to protect stimulus payments, but more could be done — especially since the U.S. Treasury Department has so far failed to act on congressional authorization under which it could exempt stimulus payments from private debt collection.

Pritzker issued an order last month suspending auto repossessions and another order this week barring court orders that would permit debt collectors to garnish bank accounts  — actions which consumer advocates have applauded. But the state could go further by requiring lenders to stop automatic deductions from bank accounts, as Woodstock and other groups have recommended, Adams said.

“Payday lending and debt collection disproportionately impact lower income people and people of color,” said Collins in a letter to Pritzker. “And early indicators demonstrate COVID-19, like nearly all health indicators, is having a disproportionate impact on those same populations. Thus, this financial emergency is compounded for my constituent and for communities of color in general.”

Other states have taken strong action, according to advocates. Massachusetts “has deemed debt collection activities during the emergency to be unfair and deceptive,” and New York and California have called on financial institutions to waive late fees and overdraft fees and to offer extensions or deferrals of loan payments and other steps to avoid delinquencies.

“Consumers who gave authorization to make deductions gave it during quote-unquote normal times,” said Adams. “But the entire ballgame has changed. We think it’s unconscionable to take authorizations that were given under completely different circumstances and say they should still hold today.”

Without state action, he said, “these payments are at risk of being diverted before the consumer even knows they’re there.” That’s not the intention of the stimulus, he added.

Banks and corporations are already getting a multi-trillion dollar bailout from the federal government — in many cases a bailout for their own irresponsibility and profiteering — while families get just enough to tide them over a few weeks. With the federal government standing aside, the state needs to do what it can to make sure that money gets to those families.