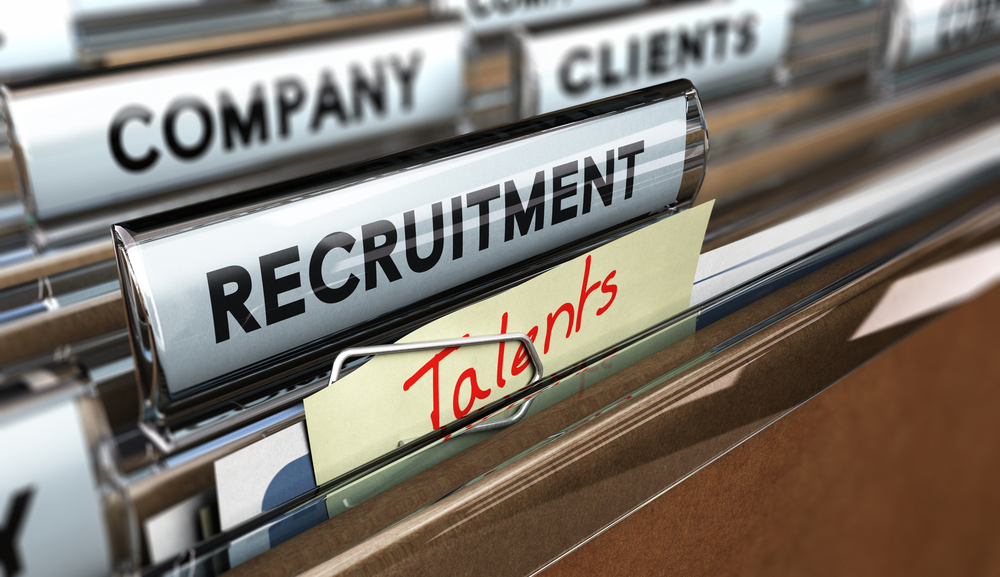 Welders, software engineers, forklift drivers and call center representatives – Aerotek has them all. The temp agency, co-founded by Baltimore Ravens owner Steve Bisciotti, is one of the country’s largest suppliers of temporary workers.

But Aerotek has another, less favorable distinction. It is “the poster child for not complying with subpoenas,” according to John Hendrickson, the government’s top workplace discrimination attorney in Chicago.

The Equal Employment Opportunity Commission has been investigating racial and gender discrimination at Aerotek branches since 2008. Two former Chicago-area recruiters kicked it off with complaints that they were denied promotions because of their Mexican heritage.

Hendrickson laughed when asked why it’s taken so long. He blamed Aerotek. “They have dug in their heels repeatedly about providing the evidence,” he said.

His office took Aerotek to court three different times for undermining investigations and withholding information. In one case, Aerotek told its recruiters to not talk to a government investigator. In another, the firm refused to provide names of clients and temp workers, which would allow the EEOC to analyze hiring patterns.

The government won each time. Aerotek appealed twice to a higher court and lost there, too, most recently in March.

The ongoing slog shows just how bogged down a job bias probe can get when a big company fights back. It helps that Aerotek has tremendous resources. The Maryland-based company has been so wildly successful that Bisciotti is now the billionaire cigar-chomping owner of a professional football team. Aerotek’s parent company, Allegis Group, is the largest staffing firm in the United States, with $8.3 billion in revenue.

The delays mean that compensation for victims or changes at the company – the kinds of things government lawyers can extract in settlements – get pushed back, too.

“If the employer decides they’re not going to cooperate at all, then they can string out the process for a very long time,” said Hendrickson, whose jurisdiction as EEOC regional attorney includes much of the Upper Midwest.

Discrimination in the temp industry is a nationwide scourge, an earlier investigation by Reveal from The Center for Investigative Reporting found. In Illinois, where a preference for Latino temp workers has fueled racial tensions, industry lobbying helped kill a reform attempt.

“If the customer wanted blacks or whites or whatever they wanted, Aerotek would facilitate that,” Hendrickson said.

The EEOC also turned up hundreds of requests from employers for Aerotek branches around the country to hire workers by age. One request said “a person in their 40s or 50s would not be a cultural fit.” Another specified, “Looking for young entergetic (sic) guys with some sports knowledge.” Yet another was “looking for a Fresh College Grad.”

At one point in 2014, an Aerotek lawyer acknowledged that “we discovered isolated incidents that suggest certain Aerotek employees were not acting in a manner consistent with Company policy and practices.”

Aerotek declined interview requests. A statement from Tanya Axenson, vice president of human resources, said: “First and foremost, there is no place for discrimination in our company or our industry. Equal employment opportunity is a fundamental value at Aerotek.”

The company has cooperated with the government, Axenson wrote, “to try and determine whether and how any misconduct may have taken place; and if it did, to make it right and prevent it from happening again.”

But, she said, “Overbroad requests, like the requests Aerotek has fought, are tantamount to fishing expeditions.”

“It would seem to me,” said Judge Milton Shadur in February 2015, “that having been alerted to the fact that some of these clients engage in activities that on their face are age discriminatory, that Aerotek might have the responsibility for doing some better policing of its own clients.”

After ruling against the company, Shadur later threatened to hold Aerotek in contempt, saying, “I am really troubled by the fact that Aerotek is sort of turning the process on its head.”

Aerotek tried its luck with the 7th U.S. Circuit Court of Appeals, which also shot down the company. “If the court were to allow Aerotek to control the investigation,” Judge Ilana Rovner said, “that would give Aerotek an opportunity to tip off clients or even, heaven forbid, destroy evidence. And that seems unprecedented to me.”

It all started in 2008 when two former Aerotek recruiters, who worked out of the suburban Schaumburg office for part of their time, said the company segregated them and withheld training and promotions because of their Mexican heritage.

When the EEOC looked into it, though, Aerotek told its recruiters to keep quiet and refer an investigator to the company’s lawyer. The commission went to court, and Aerotek eventually backed down.

And yet, in 2013, as the investigation dragged on, five years after the EEOC complaints, hiring by race, gender and age still was commonplace at the Schaumburg office, said former Aerotek recruiter Andre Tate’.

“That really happened day in and day out,” said Tate’, who left the job within months.

At staff meetings, Tate’ said, managers would go down a list of companies on a whiteboard and describe the employers’ preferences.

“The manager that represents that company would say, ‘OK, this position is open at X company. They’re looking for a heavy lifter,’ ” he said. “Everybody knew that by ‘heavy lifter,’ that meant they need a man.”

“Or sometimes they’d say, ‘All right, this company is going to need a machinist, but it has to be a good ‘culture fit.’ And they kind of stress, ‘culture fit.’ ”

When the meeting was over, the managers would explain what “culture fit” meant. “They’d just come out and be like, ‘OK, well, we need a Mexican dude for this company,’” he said.

Recruiters would have to turn away qualified white and black applicants in favor of Latino workers, Tate’ said.

“People would come in excited, and then just because the managers see that they’re a certain color, they can’t go to the job,” he said.

One time, Tate’ remembered, he found a seemingly perfect candidate for a forklift position. Over the phone, Tate’ didn’t realize the man was black.

“I brought him in and was talking to him, and then my manager pulled me aside and was just like, ‘OK, well, first thing is he’s too old. And second thing is they have to be a Mexican dude.’ ”

Tate’ went back and told the man that there already was somebody interviewing for the position, he said. Aerotek would call him if it didn’t work out, Tate’ told the man.

“That was just a bad feeling,” Tate’ said, “knowing like, I’m lying right to this person’s face.”

This story was published in partnership with Reveal from The Center for Investigative Reporting, a nonprofit news organization based in the San Francisco Bay Area.

Will Evans is a reporter for Reveal, covering labor and workplace issues. Follow him on Twitter: @willCIR