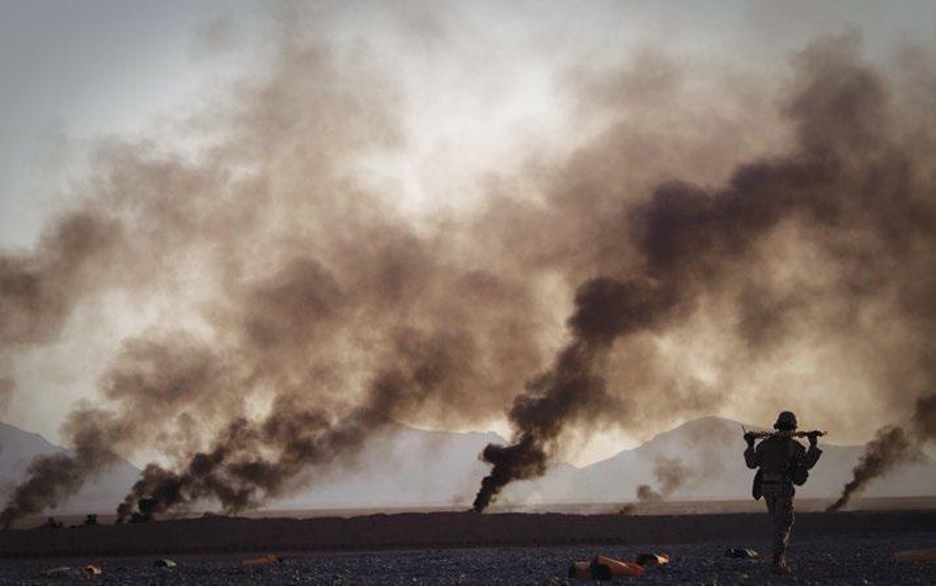 from 'The American Prospect #321' LAWFUL CARNAGE BY ROZINA ALI

As many as four million workers labor in clusters of warehouses scattered across the United States. Many are mislabeled as ‘temps’; all are poorly paid, and on-the-job injuries are high.

In the article “The Warehouse Archipelago”, John Lippert and Stephen Franklin investigate the current state of staffing in the warehouse industry.

Part One of the Chicago Reporter series published every Monday provides insights into the plight of workers suffering from “wage theft, discrimination, and unhealthy and hazardous conditions.”

She had to grab the bags, weighing up to nine pounds, stuff them into shipping boxes, and then feed the boxes into a taping machine.

The bags coming at her at the Mars, Inc., warehouse in Joliet, Illinois, were filled with American favorites—Skittles, Life Savers, Juicy Fruit.

But it wasn’t a mindless task since the size of the bags and boxes varied continually, based on customer orders. And so she had to pack each box differently and keep up with the sorting machine, even as the smaller bags started popping out at an even faster pace. Given the variations, Wells would fill only a third or a half of each box, leaving the rest for her co-workers.

They worked eyeball to eyeball, with their arms sometimes touching as they reached for the boxes. But Wells couldn’t speak with many of those around her, not even about personal safety as COVID-19 raced through the warehouse.

Some were Spanish-speaking immigrants, and Wells—who is African American—spoke only English. Others were simply strangers, new arrivals on the line. So many people quit, workers say, that out of the 75 workers in the packing area, only about 15 were still there nine months later.

And as the warehouse wiped away her hope for a better future, she started to dream of joining the exodus.

“When I started, I said I liked this job. I used to tell my mom everything, every day: what I learned and new people who I talked to, new everything,” Wells said during an interview. “But now it’s like, ‘Why do I have to be here? Why do I have to wake up and go?’ And I shouldn’t feel like that.”

Part of the problem was that management wouldn’t defend her as workers argued from time to time over things like who would be next for a bathroom break off the line.

And then there was the agonizing lack of money.

Before applying at Mars, Wells had worked in food service, earning $13 an hour. She saw Mars as a step up since it paid $15.50 and promised steady work, unlike the food business during the pandemic. But it didn’t quite work out that way. For some weeks, when she missed a day or when the packers filled their quotas and got sent home early, she barely took home $300 a week.

Like almost all the 500 people in the warehouse, Wells didn’t work directly for Mars, the seventh-largest privately owned company in the U.S., according to Forbes. Since its founding in 1911, the company has generated a $137 billion fortune for founding family members, who still control the company, according to Bloomberg. But Wells worked for a temporary staffing company called Staffmark, which in turn had been hired by XPO, one of the country’s largest logistics companies.

Even though Staffmark expected her to show up at Mars every day, she never stopped being classified as a temporary worker. She received no health care, no retirement savings, and no paid sick or vacation time.

The company paid a $3-per-hour bonus during the pandemic, but only for a few weeks.

Wells spent hours each week driving back and forth from her suburban Chicago home to the heart of the nation’s largest inland warehouse center. But she had trouble saving any money. When asked to meet at a family restaurant to talk about her work, she said yes. Then she texted ahead to say she had no money for the meal.

REBECCA WELLS IS not her real name; we use this pseudonym to protect her from warehouse managers and staffing agencies who routinely blackball workers who dare to speak out. But she’s a real person, and she’s talking about a plight shared by millions of Americans in the 21st century.

They live and work in the warehouse archipelago, a vast and growing sprawl that extends far beyond Amazon to hundreds of companies that are smaller, less visible, less technologically adept, and more likely to rely on temporary staffing companies for their workers, as a primary way to cut costs and stay competitive.

Unions are few, injuries are high, and workers rarely speak up about the discrimination or problems they face—because they desperately need the work or are undocumented or ex-convicts or fear getting blackballed by the staffing companies. They are mostly Black and Latino, and many are women.

In the 1930s, these workers might have lined up at stockyards, steel mills, and garment factories—vulnerable workers with no rights or promises of a better life. But they rose up and advanced financially, thanks to unions, an activist federal government, and the sustained gusher of postwar economic growth.

Those ladders have disappeared. Today, millions of workers are stuck in the archipelago in a daily battle for low-wage survival. They’re concentrated in vast clusters in Southern California, New Jersey, and the Chicago area, in warehouses that are hollowed-out relics of the nation’s industrial legacy.

“People like to talk about warehousing as a replacement for manufacturing,” says Beth Gutelius, a researcher at the University of Illinois at Chicago. “But it’s not a production function like a factory; it’s a circulation function. It doesn’t create goods, it moves them.”

“The profit margins in warehousing as a circulation activity are very tight, so employers look for ways to cut costs, and labor cost is often the first place they look,” Gutelius continues. “Without power, like the unions that were built in manufacturing, frontline workers are forced to absorb this pressure on profit margins by accepting lower wages and worse working conditions.”

Warehouse work wasn’t always this way. But the rate of unionization of warehouse workers nationwide fell to 6.7 percent in 2018 from 28.1 percent in 1983, government figures show. The drop was due to the fight put up by companies like Amazon this year in Alabama, and in the preceding decades by Walmart, XPO, and others to keep unions out of their newly built suburban warehouses. It was due to unions’ weakened capabilities and repeated failures to mount a broad effort. Temp workers are cheaper than full-time workers, especially full-time union members. It was also due to an increasingly deficient labor law that enabled employers to thwart their workers’ attempts to unionize.

Unionizing those workers is a particular challenge because the jobs are temporary or seasonal, making it difficult to reach or organize them. Nearly 80 percent of the workers hired by staffing companies in Illinois are Black or Latino, according to figures from the state’s Department of Labor. Four out of five never are hired full-time, according to one study. They may work alongside others who are direct hires and get higher wages for doing the same work.

Their plight is also the result of weak enforcement at the national and local levels. Only three states have comprehensive laws overseeing staffing companies, leaving many workers elsewhere prey to wage theft, discrimination, and unhealthy and hazardous conditions.

Meanwhile, the warehouse sector is booming. Even as the COVID-19 pandemic wiped out millions of jobs, the ranks of warehouse workers have grown. That took place as online sales jumped 44 percent in 2020, the highest such increase in at least two decades.

The archipelago is fed by an endless procession of containers arriving mostly from China aboard ever-larger ships at overcrowded ports that transfer them to two-mile-long trains and massive trucks lumbering around the clock, fouling the air and clogging highways. As a cluster of largely unmarked warehouses, the archipelago is easy for the public to miss, but it looms steadily larger in the nation’s economy, and in millions of Americans’ lives.

In Part Two of the “The Warehouse Archipelago” series, we are introduced to Irma Mosqueda, a warehouse worker, in her mid-fifties, a single parent, afraid to speak about the dangerous working conditions for fear of getting fired when a workplace accident took one of her legs.

“The Warehouse Archipelago” was first published in The American Prospect.

John Lippert was a line worker for eight years at General Motors before becoming a reporter at the Detroit Free Press and then Bloomberg, where he was a senior writer.

Stephen Franklin is a former labor reporter for the Chicago Tribune and author of ‘Three Strikes: Labor’s Heartland Losses and What They Mean for Working Americans.’