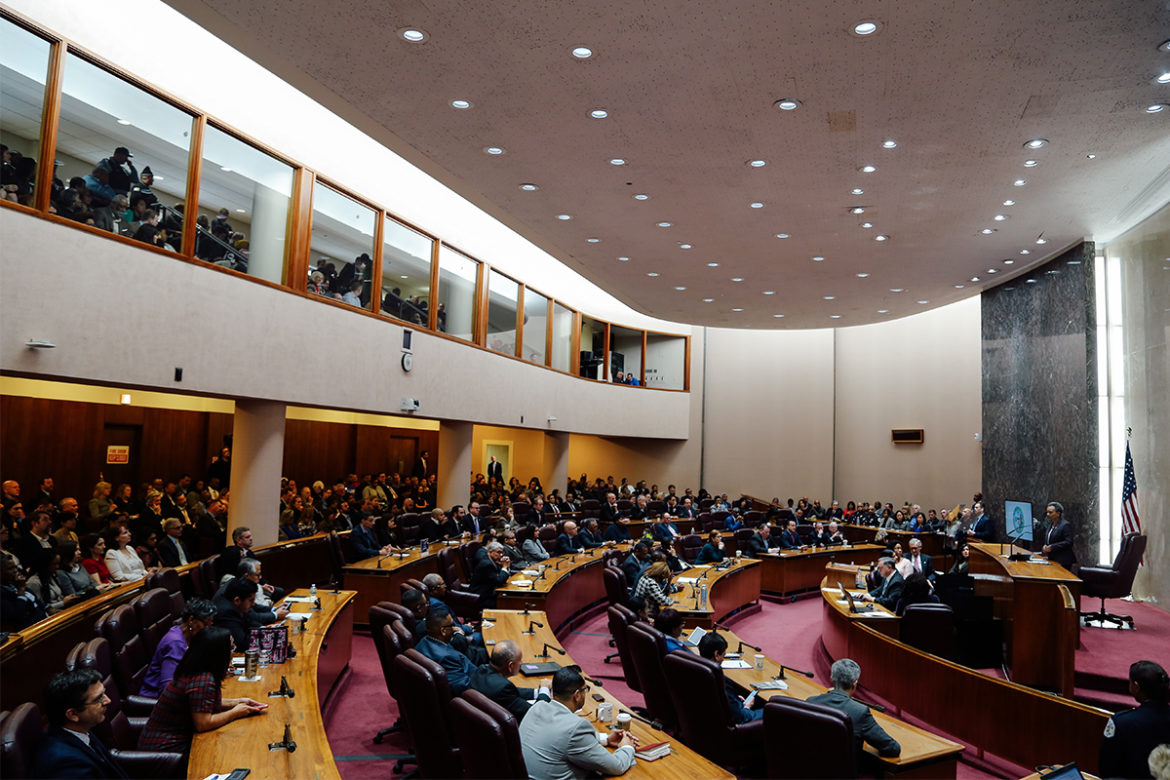 “Instead of the change voters want, we see a continuation of the same budget policies that hurt working families and further enrich the wealthy,” said Amisha Patel of Grassroots Collaborative. “The budget she outlined today fails to provide the investment needed to address the inequality in our neighborhoods and schools and fails to make the wealthy and corporations pay their fair share.”

Emma Tai of United Working Families took Lightfoot to task for “unleashing a host of regressive taxation on working people,” for “privatizing vital mental health services,” and for failing to “solve our city’s affordable housing crisis.”

I’m not sure they’re getting the whole picture.

It’s true that Lightfoot balked on reinstituting the corporate head tax. Grassroots Collaborative is backing an ordinance that would do that, raising about $100 million a year, along with measures to  release surplus TIF funds annually and to develop a payment-in-lieu-of-taxes program for large tax-exempt hospitals and universities.

But a tax hike of 25 cents on a $100 restaurant bill — to raise $20 million — is hardly a regressive sledgehammer. Recall that last spring, Lightfoot blocked the state General Assembly from expanding the zone paying the much heftier McCormick Place entertainment tax as far south as 55th Street, citing its exemption of large venues.

Personally I appreciated that, since the bar where I drink is on the north side of 55th Street.

Lightfoot’s ride-share fee increase — also targeted as “regressive” by critics — is aimed at reducing congestion. It’s been hailed as a good first step by transportation and planning groups that have urged an approach that took equity concerns into account. Lightfoot is also giving a break to struggling cab drivers by cutting the medallion license fee in half.

It’s only fair to note the steps Lightfoot has taken to reduce regressive fees and fines, including cutting city sticker tickets and ending driver’s license suspensions, along with the Utility Billing Relief program, an important initiative announced Wednesday to reduce water bills for an estimated 20,000 homeowners with incomes below 150% of the federal poverty level. Participants can become eligible for having past water bills waived.

And the largest new revenue source Lightfoot is proposing is by any definition progressive — a graduated tax on high-end real estate sales that will bring in $100 million once it’s fully in effect — if the General Assembly passes it in the coming veto session.

That revenue was originally proposed as a major new source of funding for homeless services and affordable housing. Instead, it will go to help bridge the vast budget chasm Lightfoot faces, caused primarily by growing pension payments and expected settlements for long-expired labor contracts.

But even in the face of that budget crisis, Lightfoot has increased the city’s housing spending by $10 million, though that is nowhere near enough.  “Solving” the city’s affordable housing crisis would take billions of dollars, but her gesture is definitely a change from old policies, which included abolishing the housing department and winding down public housing construction. The proposed increase includes a 36% hike in spending on homeless services.

Lightfoot could increase affordable housing without tapping city dollars by supporting the Development For All ordinance, which would reform the city’s affordable housing set-aside requirements to address segregation and gentrification, set affordability levels that people can actually afford, and direct resources to impoverished communities. It’s backed by 25 aldermen.

The mayor is spending $10 million on community-based nonprofit mental health providers, which generally don’t give the same kind of access or long-term care that city clinics do. But she’s not actually “privatizing” existing city clinics. She promised to “invest in our city’s clinics to ensure they are fully utilized” — though AFSCME Council 31, which represents clinic staff, says the new budget “fails to address the steady erosion of frontline clinical staff, adding no therapists, psychologists, psychiatrists, case managers or behavioral health assistants,” instead adding administrators.

This issue will certainly be in play in City Council deliberations over the budget. The nonprofits seem to have the mayor’s ear, but the city clinics have broad support among aldermen.

Lightfoot proposed spending $9 million on street-level violence prevention programs. And she announced a major new effort — $750 million over three years — to invest in economic development on the South and West Sides, potentially a big improvement over a retail grant program that mainly served to provide the previous mayor with photo ops. Certainly her new development commissioner, Maurice Cox, has the potential to take development efforts in an entirely new, comprehensive direction.

And Lightfoot is declaring a $300 million TIF surplus to return to taxing bodies, nearly double the surpluses of recent years — and in line with what progressives are demanding. She also promises TIF reform to increase transparency and align the program with economic development priorities. That’s a promise she should be held to.

Her critics bend over backwards to emphasize the negative, sometimes contradicting themselves. Chicago Teachers Union president Jesse Sharkey attacks the mayor for “kicking revenue decisions to Springfield” — a reference to the progressive tax on real estate transactions — and also for leaving out a sales tax on high-end services, which would require action in Springfield.

Lightfoot proposed such a tax earlier this year and may have backed off due to the limited opportunities for legislative action next week. I wouldn’t be surprised if it reappeared on her Springfield agenda in the next year or two. In any case, legislative action and increased state support is obviously necessary to address the city’s needs.

The mayor’s budget is not perfect, but it’s not all bad, and there’s a fair amount that deserves praise. Lori Lightfoot is not actually Rahm 2.0. She can do better, as all of us can. But demonizing her — especially when it requires distortions of reality — may not be the best way to encourage that.

That kind of demonization failed miserably in the mayoral campaign. And since Lightfoot remains popular, that strategy risks isolating progressive voices. That would be unfortunate, since they provide a vital perspective for the city’s future.