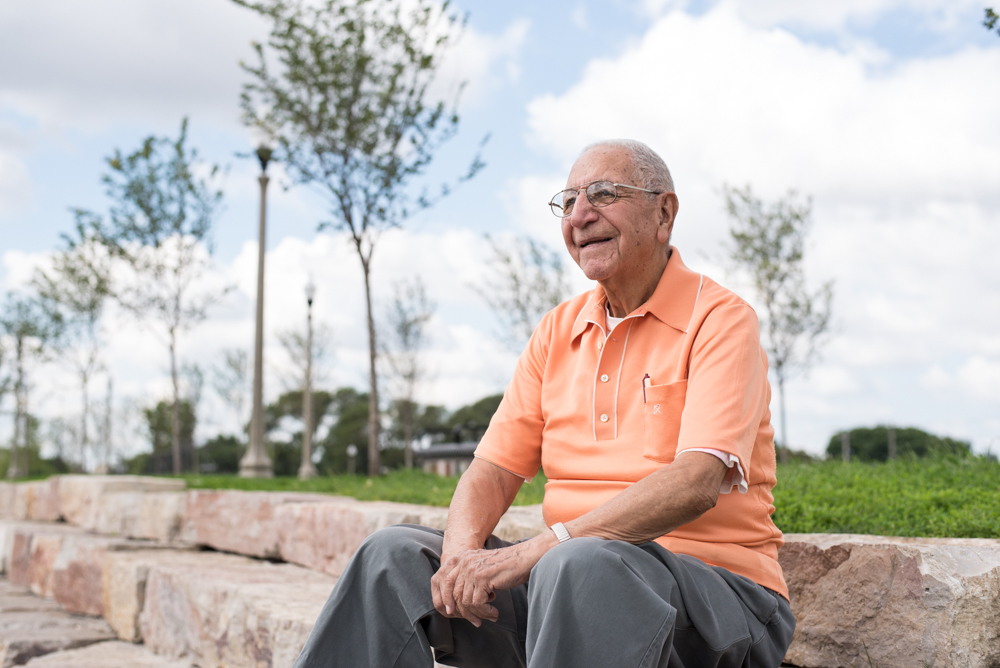 Jaime Seoane poses for a portrait at La Villita Park.

The property on the 2800 block of South Sacramento Avenue used to be a mess. It once was the site of a chemical company, where over time, the soil was contaminated with toxic substances known as PAHs, an acronym for polycyclic aromatic hydrocarbons. PAHs form when coal, wood, gas or garbage burn, and the substances can attach to soil particles and remain for an indefinite amount of time. Such sites are referred to as “brownfields.”

Stretching from the late 1960s to the early 1980s, asphalt roofing products were manufactured and stored at the Sacramento Avenue address. Nearby residents had to deal with the toxins that seeped into rain run-off, affecting their health.

Jaime Seoane was among a group of Little Village residents who saw past the immediate environmental hazard. They shared a vision of the space as a healthy, safe place for children to socialize and play. Today the park, named La Villita, is a reality.

It took decades of hard work.

“Citizens used to complain the grounds were contaminated with toxic substances,” Seoane said. “There was sadness and unhappiness, especially from parents concerned about their children’s’ health. When the land was cleaned and the substances were removed, residents were overjoyed.”

We recently talked to Seoane about La Villita’s past, present and future–and why he got involved. The interview was conducted in Spanish and translated.

What was your role in developing La Villita Park?

I was the coordinator. Ald. Cardenas called me in June 2003 and told me about his idea to build a park on the grounds at 2836 South Sacramento. He thought I could help make the park a reality.

I think he called me because of my determination. I’ve always volunteered and have worked for aldermen here in Little Village for years. I was working before the ward borders changed from the 22nd to the 12th. I worked on Ald. Cardenas’s campaign. I’ve organized citizen marches alongside CAPS (Chicago Alternative Policing Strategy). I’ve volunteered for Catholic Charities and church organizations.

I volunteered for (former 12th Ward alderman) Ray Frias at one point, and before Cardenas I volunteered for the campaign of State Sen. Tony Muñoz. I like working for my community very much.

What was your reaction when Ald. Cardenas called?

I was very happy to have been called on and chosen to work on this project. I went home and told my granddaughters and they were happy to have a grandfather who is still so active.

What kind of work did you contribute as coordinator?

I assembled a committee. The alderman sought funding because we did not have the money for the project – that was the first step. The next step was visiting various government agencies to see if the soil could be decontaminated, and if it could be, then how?

How long have you been involved with this cause?

Since June 2003, from the moment Ald. Cardenas called me. In 2012, the Chicago Park District took charge of completing the project so I worked for this cause for almost 10 years.

Why was this project important to you?

This was important to me because I like sports, and I’ve always worked with children and youth.

Did you see it as a recreational space for children?

Adults can benefit from the park because they use it too. Adults can play their favorite sports, and in reality, the entire community benefits from a new park. Primarily it helps keep youth out of gangs and off the streets. I think having kids and youth involved in sports has the potential to lessen crime.

Why a park for the space and not a mini mall or office space?

To me, sports are a better investment. You know how the saying goes, “healthy body, healthy mind.” Children become very engaged when they like a sport and are actually interested in what they’re doing.

Why is community work important to you?

It comes from my childhood. My mother and father have helped and volunteered a lot in Mexico through their church. Through those experiences, I was always helping too. … I want to help my neighborhood here in Little Village the way my parents helped their neighbors in Mexico.

What do you envision the future of the park to be?

I’ve always wanted to see a sports center or fieldhouse within and for our community. The park itself is beautiful and magnificent, but unfortunately the park can be utilized in summer time only. The children will have no place to play during the winter months. Regardless of rain or snow, I would like to see a sports center for Little Village so that kids can play and enjoy all year long.

Rut Ortiz is a reporting intern with The Chicago Reporter.