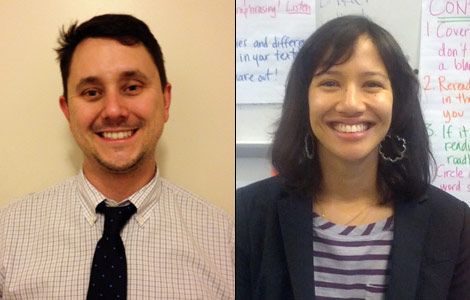 With students back in Chicago’s schools, many people are looking for lessons from the teachers’ strike. Some, including the Chicago Tribune editorial page and wealthy venture capitalist Bruce Rauner, have already recommended that the city double-down on its attempts to weaken the Chicago Teachers Union with more school closings and charters.

But as educators deeply invested in the success of Chicago’s schools, we come away with very different lessons. We argue that teacher unions have in the past proven to be an essential voice in improving public education; that the recent strike has preserved that voice for Chicago’s teachers; and that unions must continue to serve as the teachers’ voice into the 21st century.

Throughout a century of disagreements with mayors over patronage, segregation, and unequal resources, organized teachers in Chicago have used their collective power to foster improvement in the public schools. The recent strike reflects this legacy, with the CTU taking a stand against charter schools and high-stakes testing. The spread of charters, on which Mayor Rahm Emanuel staked his position, has had exactly the same mixed results in Chicago as elsewhere:  Research consistently shows that overall, charters perform the same as, or worse than, comparable neighborhood schools while also increasing segregation along racial and class lines. Now, CPS plans to close up to 120 public schools and welcome 60 charters anyway.

Another central issue in this dispute was the use of student test scores to evaluate teachers. The rush to use standardized test scores, despite documented significant flaws, has been compared to early 20th Century IQ testing and the minimum-competency exams of the 1970s, both of which are now recognized by historians as having been racially discriminatory and bad for children and learning.

Many backers of these so-called reforms–including Rauner, CPS board member Penny Pritzker and the Gates Foundation–are politically connected and wealthy, and they are also generous donors to both local and national campaigns. Organized teachers provide a vision of public schooling grounded in the daily realities of children, communities, and schools that offsets this unequal distribution of power. Only one of the seven appointed members of the CPS Board of Education has any education experience. Unions support continued education and the sharing of best practices grounded in empirical research. In fact, the only research-based proposal to come out of this recent contract fight came from the CTU, which argued against the narrowing of the curriculum, more charters, and value-added evaluations.

It’s time to start trusting educators again. Teachers unions of the 21st Century can evolve to become as dynamic and diverse as learning.  Unions should collaborate with districts to put new tools of education, such as mobile computing, in the hands of all students. Teachers’ collaborative power will also be enhanced by bringing charter and “virtual school” educators into unions.  And, as we have seen too many smart people leave this profession out of frustration, unions can carve out new career ladders based on peer-certified mastery: mentor for aspiring and new teachers, master teacher to coach colleagues, online educator, and so on.

All of this takes time, and we have heard over and over again that our most disadvantaged students don’t have it. But we also need to stop treating education as if it is in crisis. The patient is not bleeding out; she has a chronic illness. There is a big difference between doing something—whether to please those demanding that something be done, or out of desperation for a solution—and finding the right thing to do.

It’s time to do the right thing for the children of Chicago and the United States.

Charles Tocci is a clinical assistant professor in the School of Education at Loyola University Chicago. Melissa Barton is a doctoral candidate at the University of Chicago as well as a teacher and union delegate in the Chicago Public Schools.