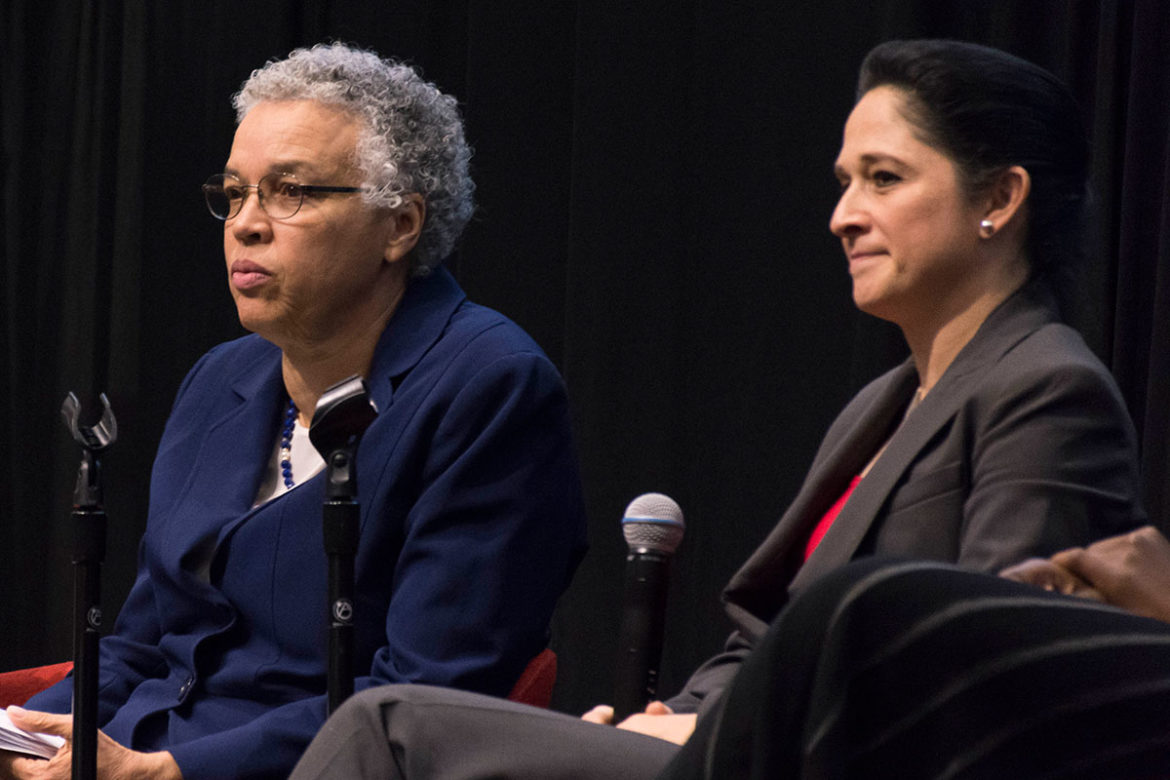 It looks like Ald. Ed Burke’s legal troubles will translate into some substantive reforms for Chicago. Under pressure from Mayor Rahm Emanuel, Burke resigned as chair of the City’s Council’s finance committee, and the mayor is removing the city’s $100 million workers compensation program from the committee’s control.

These moves were unavoidable, though they come too late in Emanuel’s tenure to win him credit as a reformer. The Burke scandal belongs in part to the mayor who accommodated him and relied on his help to control the City Council. Meanwhile, nearly three-fourths of sitting aldermen have received donations from Burke.

Suddenly, now, political reform is the big issue in the mayoral race. Of the candidates, Lori Lightfoot, who helped prosecute aldermen in the Silver Shovel scandal and later helped clean up corruption in the city’s minority contracting program, has taken the broadest approach, bringing together 15 aldermanic challengers behind a good government pledge.

Paul Vallas posed with a broom Monday calling for a “clean sweep” and Willie Wilson argued that electing self-funded millionaire candidates like him will eliminate potential conflicts of interest. On Tuesday, Amara Enyia contrasted her background from candidates with “ties to the establishment” and “ties to corruption.”

Four mayoral candidates, including three who have ranked at the top of polls and fundraising, could be hurt by links to Burke. Of them, Gerry Chico was Burke’s candidate and may now be entirely out of the running, though he wasn’t a strong contender to begin with.

The family of Bill Daley, who leads in fundraising, has a long, sometimes competitive and often supportive relationship with Burke. Bill Daley helped negotiate the deal that got Burke his finance committee chairmanship. He’s been offering a random series of proposals seemingly aimed less at setting an agenda than grabbing headlines. But it’s hard to imagine an electorate focused on reform installing yet another Daley on the fifth floor of City Hall.

Cook County Board President Toni Preckwinkle has been hurt most, since a fundraiser Burke held on her behalf figures into the criminal charges he faces. She has stumbled in her response to the scandal, taking weeks to agree to return the money Burke raised on her behalf. Her statement that she is “appalled by Ald. Ed Burke’s apparent abuse of his position for personal gain” sounds like the Claude Rains character in “Casablanca” being “shocked, shocked” that there’s gambling in Rick’s Cafe. Her frontrunner status is threatened.

Preckwinkle has attracted support from leading progressive unions and elected officials, and has taken strong positions on issues ranging from rent control to closing loopholes in the city’s sanctuary ordinance. But particularly since her embrace of former Cook County Assessor Joe Berrios, whom she succeeded as chair of the county’s Democratic Party, her image as a good-government reformer who is independent of the machine has been tarnished.

At Patch, Mark Konkol looks at Preckwinkle’s donors and concludes that she’s a “lapsed independent connected by cold hard cash to the ‘good old boys’ club’ she publicly denounces.”

This duality isn’t new. As 4th Ward alderman, she founded the City Council’s first Progressive Caucus and helped win a living wage ordinance (over Burke’s opposition) and affordable housing set-asides. She led a court intervention demanding the public release of police misconduct records. She was one of a handful who opposed the parking meter deal.

But back in her ward she relied heavily on campaign donations from developers. Search the archives of the Hyde Park Herald and you’ll find repeated references to Preckwinkle “com[ing] under fire for accepting donations from representatives of the development community currently at work in her ward.” The notorious Tony Rezko, later convicted on corruption charges, was a major donor for many years.

Preckwinkle isn’t particularly well positioned to lead the charge for reform. In her IVI-IPO questionnaire, she declined to support a ban on political contributions from city contractors, parties seeking permits or zoning changes, or lobbyists. She said she supports public financing of political campaigns — the best option currently out there for cleaning up “pay-to-play” politics — “in theory” but not as a priority.

On these issues, she could stand to evolve. And as a former member of the Progressive Caucus, she might consider speaking in favor of its set of proposals.

Preckwinkle’s problems could give a boost to State Comptroller Susana Mendoza, her closest competition in polls. So far Mendoza has avoided much blowback from the scandal, emphasizing Burke’s endorsement of Chico. Asked about the fact that her wedding ceremony was performed in Burke’s home, she (like Preckwinkle regarding her fundraiser in the same home) now says it reflects her relationship with the alderman’s wife, Supreme Court Justice Anne Burke.

Mendoza sang a much different tune in 2011, when it was Ed Burke who introduced her as she declared her candidacy for city clerk. She told the alderman, “You are a true champion of mine,” adding, “He is really primarily the reason why I even stand before you as a state representative.”

The announcement was held at UNO Charter School’s Marquez campus, and Mendoza said that winning state funding for the school was “one of my absolute proudest accomplishments” in Springfield. That puts her in the company of Emanuel, Burke, and House Speaker Michael Madigan in backing UNO, which was later mired in contracting and securities scandals before being rebranded as Acero.

Today, Mendoza has a swell-sounding proposal bringing resources to under-enrolled schools. This reflects the new political reality after Emanuel’s school policy failures: a new Chicago Teachers Union poll shows 93 percent of voters support a focus on neighborhood schools. But back when unwarranted charter expansion was draining resources from those schools, Mendoza was with Burke on the wrong side. Now she is promising only a two-year moratorium on school closings.

It would be the height of historical irony if a scandal for Ed Burke resulted in a mayoralty for Susana Mendoza.