Scott Doolittle, an English teacher at Roosevelt High, sits in one of his students’ chairs on Sept. 26, the first professional development day of the school year, and looks at a circle of educators. Three are teachers he sees every day at Roosevelt. Four others he’s just met. They’re from Albany Park Multicultural Academy, a nearby middle school.

Bluntly, he asks, “What do they do in the grammar schools? These kids can’t put a sentence together.” Then he adds diplomatically, “If we’re saying that, imagine what the college teachers are saying.”

Nine other groups are in similar meetings around the high school. Roosevelt teachers and educators from four of its feeder schools are gathered into groups organized by subject area. Their assignment: To discuss so-called “vertical integration.”

Simply put, they’re trying to pinpoint key problems that Roosevelt teachers inherit from the middle schools, such as writing deficiencies or reading lists that overlap with freshman courses.

In Doolittle’s group, however, talk soon turns from curricula to another thorny issue: Roosevelt’s lowly academic reputation. One teacher tells the group he’s even heard students say their elementary teachers use the high school as a threat: Slack off, and end up at Roosevelt.

The conversation is kicking off what promoters hope will be a series of teacher powwows aimed at aligning curricula and forming a tighter community of schools. The unusual professional development project, organized by the Albany Park Neighborhood Council, a collective of North Side community groups, essentially asks teachers to figure out how to network Roosevelt and its feeder schools in productive ways.

Encouraging organic relationships between teachers is part of a larger initiative to build parental engagement and student leadership in this largely immigrant, working-class community. Some also see the project, dubbed the Greater Albany Park Education Coalition, as a way for neighborhood schools to band together in the face of competition from selective high schools and new schools being created under Renaissance 2010. Without a game plan, existing neighborhood schools could lose students and, eventually, face closure.

As Jenny Arwade, executive director of the Albany Park Neighborhood Council, puts it: “It’s a really effective, proactive way to combat top-down initiatives with a strong grassroots approach and strategy.”

Chicago Public Schools administrators are interested. Looking for better curricular alignment, the district is drafting initial plans to “cluster” middle schools around neighborhood high schools. It may take cues from the Albany Park project, one of the first places to try it solo.

Conspicuously missing from the neighborhood coalition’s invitation list are Von Steuben Metro, a magnet high school that’s just blocks from Roosevelt, and Haugan ASPIRA, a new charter middle school in the heart of the neighborhood.

Albany Park Neighborhood Council has not invited either school—yet—because, organizers say, they want to keep the coalition to a manageable size. But several area educators admit neighborhood politics may also be in play.

The council, launched in 2000, played a major role in attracting school construction dollars to Albany Park for overcrowding relief. In 2005, near the end of construction on the $18 million Haugan middle school, an advisory council of community advocates recommended the school be run as a unionized neighborhood school designed by parents and teachers. The group, however, flip-flopped late in the game and CPS turned the new building over to ASPIRA, a politically connected charter.

The community outcry included charges of union-busting and fear of a potential lockout that would prevent neighborhood kids from attending Haugan.

To the charter’s credit, says Demian Kogan, the council’s education coordinator, ASPIRA has since worked with neighborhood groups to identify community needs, setting up computer classes for parents and other services that extend beyond the classroom. And for the first time, CPS instituted attendance boundaries for a charter to ensure local kids get a seat; as a result, nearly 90 percent of the school’s students live in the area.

Still, many educators involved in the Albany Park coalition see it as a way for traditional neighborhood schools to fend off pressure from Renaissance 2010 and other school options such as Von Steuben.

The magnet high school draws about 8 percent of the students living in Roosevelt’s attendance area. Nearby selective high schools such as Northside College Prep and Lane Tech also take a slice of the area’s top students, and ASPIRA just opened a new high school that attracted 40 percent of Haugan’s graduating middle-schoolers this year.

The stakes are high under Renaissance 2010. In the district’s sink or swim system, schools that cannot attract enough students are shuttered.

It’s a real fear in Albany Park, where gentrification is leading to demographic changes. As the stock of affordable housing dries up, the immigrant families that tend to have more children are moving elsewhere, which further saps enrollment, notes one area principal.

It was the Albany Park Neighborhood Council’s work on overcrowding relief that laid the groundwork for the new coalition. Fresh off the successful drive to build schools, the council hosted an education summit last spring to kick off its new rallying point: overcoming school isolation.

Principals immediately saw the benefit in forming tighter connections for support, says Roger Johnson, principal at Volta Elementary. Likewise, teachers such as Karoline Sharp of Albany Park Multicultural Academy wanted to work more closely with parents and peers. Higher education joined the mix. Three nearby universities—North Park, Northeastern Illinois and DeVry—are hoping to increase enrollment from the community and are on the docket to provide professional development to schools.

Roosevelt has become the natural core of the coalition. The other schools feed into it, and the transition to high school can be particularly rocky for students, making it a good place to focus the coalition’s energies, notes Alejandra Alvarez, Roosevelt’s principal.

“We’re the common ground,” says Alvarez. “Meaningful articulation is going on, and we need the teachers to interact.”

Johnson says it’s been critical for the coalition to maintain “looseness,” however. At first, people were concerned that the council was pushing a standardized curriculum and expected teachers to teach the same way. That would soon break down in a community as diverse as Albany Park, he contends. Instead, he adds, articulation happens only in schools that share particular areas of interest.

Volta, for example, recently certified a teacher in algebra and is working with Roosevelt to find ways to accelerate students into higher-level math. Volta identified 20 students who will take algebra this year, with the goal of having them skip it at Roosevelt. That fits Roosevelt’s ambitions to ready every student for at least one Advanced Placement course.

Teachers see a range of benefits from connecting with their counterparts at other schools. Some envision partnerships that might bring high school students to the grade schools to read aloud and sharpen their skills. Others see discipline improving if students sense some continuity between their grade school and high school teachers. Still others want to inform their teaching by getting a closer look at the projects and assessments their students will face in high school.

The coalition wants to network with parents and students as well, an effort that takes on particular weight in a community of immigrants in which undocumented parents or parents who cannot speak English face unique challenges.

With help from State Rep. Richard Bradley (D-Chicago), the community secured nearly $250,000 for tutoring and parent workshops. The council used some of the money to hire Norma Gonzalez as a parent coordinator, who would train parents to run their own workshops aimed at boosting parenting skills.

The effort picked up steam when parents began crafting a contract listing mutual responsibilities for parents and teachers, to be signed by both and guide their relationship throughout the school year.

But the floor fell out when Gov. Rod Blagojevich vetoed nearly $400 million in individual grants, including money earmarked for Bradley and for Gonzalez’ job.

Veronica Solis, who has children at Von Steuben and Hibbard, was crushed. “It’s a way to motivate the parents by having these workshops. It’s not just learning how to help their children, but for them to better themselves.”

Bradley says he believes the money may be restored to the state budget (which had not been finalized at Catalyst Chicago press time). “This program shouldn’t be held hostage because of the political goals of the governor,” Bradley told dozens of protesting parents and students on Sept. 27, just before they marched the few blocks to Blagojevich’s home in a wealthy pocket of Albany Park called Ravenswood Manor.

In the long run, the coalition’s success depends on teachers, principals, parents and students taking action, a tough goal given the demands on educators.

In fact, Doolittle says no one in his group of teachers has yet contacted one another without guidance from the Neighborhood Council, though they exchanged email addresses at their Sept. 26 training session.

If teachers don’t do it themselves, CPS might force them to work together as part of its new middle-school cluster project. That’s frightening to Albany Park organizers, who prefer to do things their way. 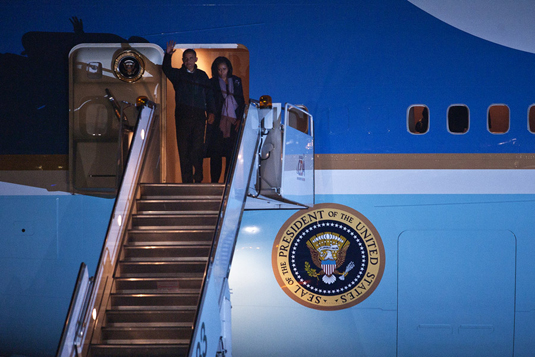