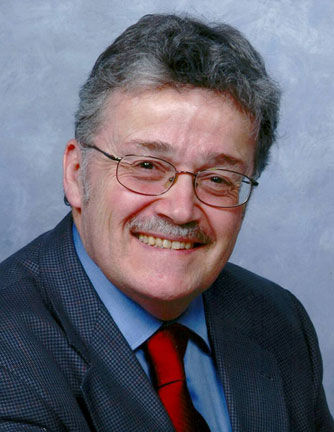 Recently, Paul Sznewajs and Nick Rabkin made an introductory case for restoring the arts into Chicago Public Schools. They noted that past research has shown the positive benefits of arts instruction, especially for low-income students. There is irony here in the word “past.” For, indeed, over the last several decades, reams of research has been produced to validate the role of the arts, while in the same span of time, which Sznewajs and Rabkin make note of, we have seen that very same role significantly diminished.

This trend, given increasing budgetary pressures on schools, seems to be accelerating despite the strenuous efforts of advocates and the pronouncements of policy-makers. So, building on their review of past and current efforts, let me expand upon their proposition by looking into the future.

In the next five, certainly the next 10 years, there will be a huge sea change in American education. One catalyst for this will be “Watson” and its siblings. Watson is not a person, but a thing. Watson is the super-computer that beat out human contestants on Jeopardy, the popular television game show. What Watson can do is not only access content instantly on demand (a la Google), but provide the answer to any fact-based question posed to it as well.

In the future, students will be able to even dialogue with hand-held Watsons (due to voice recognition technology), accessing not only academic content but obtaining answers to questions as well. Our entire educational framework and testing mechanisms are based upon such access and delivery of content. Soon this function will be taken over mainly by machines. It will be more and more difficult to tell the difference online between a human being and a computer.

Already, many school districts are adding an online component to school-time courses. Within 10 to 15 years, full-immersion virtual reality (VR) technology will actually enable students to engage all their senses within an academic environment.

Whither then the role of the teacher?

To teach what computers cannot and to help kids develop abilities that will be required to function capably in a 21st Century economy and society. It will become increasingly important for kids to be able to demonstrate their understanding of concepts and content, not just to recall units of knowledge. Second, they will need to be able to apply that understanding within the given contexts of a multi-cultural world.

This is what artists do. Their artistic products transcend historical and cultural boundaries, demonstrating what they know, believe and understand within very specific parameters and adhering to rigorous requirements. These limitations are what engender creativity. Thus, arts educators can be valuable allies as teachers and their administrators struggle to adapt to new realities.

However, I hold the very strong belief that if we continue to pursue the arts in public education solely on the basis of practitioner development, whereby the inherent benefits to other domains are achieved as byproducts rather than by intentional design, we will continue to find ourselves on the current downward spiral and a perception that arts education is really only for kids who want to be artists or “Glee Wannabees.” Often, our education colleagues justify what minimal amount of arts instruction they have in their schools on the basis of students’ self-expression. Aside from the fact there is presently little or no opportunity for that in any other aspect of students’ school experience, an overriding focus on personal expression can often lead to a form of artistic narcissism.

We find ourselves on the cusp of a unique opportunity, given the confluence of the second wave of school reform that has resulted from pushback against the No Child Left Behind mindset, and the increasing realization that students need to acquire the necessary capabilities to function in an increasingly complex, conceptual, and globalized 21st Century world.

As a newcomer to the area who has been surveying the arts education landscape here, I have seen that Chicago has many of the elements needed for constructing a new and more effective paradigm. You have visionaries such as Paul Sznewajs and Nick Rabkin, the authors of the article; a large and diverse pool of teaching artists, cutting-edge arts organizations; and a committed consortium of funding entities – all of whom want to make a difference for this city’s children.

To take full advantage of these resources, CPS decision-makers and Chicago’s arts providers might consider recalibrating their relationship beyond a desire to simply provide more arts in schools. Given past history, advocating for more of what we’ve always done is no longer enough. To avoid that clichéd definition of insanity, I encourage Chicago’s stakeholders to rethink and reshape the interface between artist, educator, and student in order to adapt to the dramatic shifts of the last 10 years and in the years to come.

Bruce Taylor is a consultant and the author of “The Arts Equation” published by Watson-Guptil. He was a cultural envoy for the U.S. State Department and recently served as the director of education for Washington National Opera.