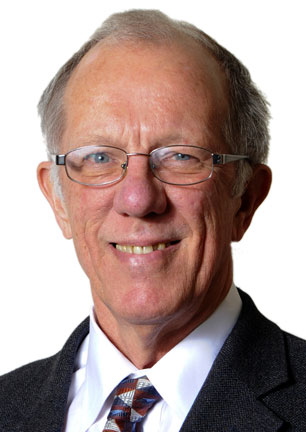 Recent articles about Austin Polytechnical Academy in Chicago—in the New York Times, The Reader, Substance, Austin Talks, and some blogs—focused on recent turmoil at the school.  Some of the teachers were given poor evaluations and asked not to return.  Some students took disciplined action in support of those teachers and were suspended.  We have a new principal—the third as we enter our fifth year.

To some, these realities became the whole or key story about APA.

Quite the contrary.  Austin Polytech is a work in progress, representing a distinctive public/private partnership that is beginning to effectively link a growing advanced manufacturing sector in Chicago to a West Side community and to Chicago Public Schools.  The turmoil reflected growing pains as we transition from a school with relatively weak academic performance and accountability, to becoming a school that is systematic in its approach to improve teaching and learning —a reality that was generally ignored in the flurry of articles and blogs.

A new model for education

Austin Polytech is an effort to improve public education through a new partnership between CPS and advanced manufacturing companies eager for a new generation of employees, managers, and owners.  It is a “performance school” launched during Renaissance 2010, Mayor Richard M. Daley’s initiative to open 100 new schools in Chicago.  It was founded by the Chicago Manufacturing Renaissance Council (CMRC) and the Center for Labor and Community Research (CLCR).  The CMRC is a partnership of top leaders in labor, business, government, education and community, committed to making Chicago the global leader in manufacturing complex products.  CLCR is a consulting and research organization that has been focused on saving manufacturing jobs and companies in Chicago for 30 years.  The Chicago Teachers Union served on the design team and represents the teachers at Austin Polytech.

The school is part of a story that sees the interesting contrast between 14 million people unemployed, yet 3 million typically high-paid and high-skilled jobs going unfilled in the United States.  Austin Polytech connects the Austin community to some of those unfilled 3 million jobs, as a first step towards rebuilding its industrial base and a healthy future.

In just four years, we have established partnerships with 65 manufacturing companies that are providing funding ($200,000+) for public education on the West Side as well as internships, exposure, job shadowing and jobs for students.

Academically, we have challenges, starting with the fact that students entering the 9th grade frequently have only a 4th or 5th-grade level of knowledge in math and reading.  It was a good development when CPS intervened, placed the school on academic probation and initiated an evaluation process of the teaching staff this last year. This model requires high academic performance.   As a result, seven teachers were asked not to return next year.

Meanwhile, test scores and performance are modestly improving.  In 2010, the ACT average was 14.6. In 2011 it is 15.0, with gains in all subject areas.  The rate of improvement of math scores at Austin Polytech has placed it in the top 20 schools in the city—a good example of the power of contextual education.  Students have great instruction from several great teachers in math. They work with applied math in their engineering and machining classes. And they visit companies where the math they are learning is used every day in making products and earning money.

This past June, 92 of 99 seniors still at Austin Polytech (out of an original freshman class of around 140) got their diplomas and 59 seniors have been accepted to college.  Also, 89 students share a total of 125 nationally-recognized credentials from the National Institute for Metalworking Skills (NIMS), and the school’s machining program and center were just accredited by NIMS—making Austin Polytech the only high school in Illinois with such a designation and one of just a few nationally.  As we have students with credentials and experience, we expect the number of hires to significantly increase.

This combination of features at APA gave rise to a small number of compelling student stories.

These two were members of its first graduating class this last June.

Tiera Logan always dreamed of being a pharmacist. This did not keep her from participating in our manufacturing career program.  Once Tiera graduated, she was invited to interview at Arrow Gear Co.   Arrow Gear’s Human Resources Director Mary Ann Cervinka took one look at Tiera’s positive demeanor and all the experience on her resume and offered Tiera a trainee position with a starting salary of $45,000 per year plus benefits with a clearly outlined schedule for pay increases and promotions.  Ultimately, Tiera decided to turn down the opportunity at Arrow Gear and attend Southern Illinois University, but she was very appreciative to have a choice between two exciting opportunities. Because of her experience at Austin Polytech, she will always have options.

Marquiese Booker is a slightly-below average student. He is passionate about baseball and football. He is known as being a class clown.  Marquiese became one of the first 11 students to earn two NIMS credentials.   When we went to recruit Laystrom Manufacturing to provide summer jobs for our students, the company told us they would only hire a student if that student was willing to start work at 5 AM.  Marquiese asked for and got the job.  Marquiese worked at Laystrom for eight weeks over the summer of 2010, arriving every morning at 5.  By January of 2011, Bob Laystrom had decided to create a Quality Control Technician position specifically for Marquiese.  It’s an entry-level, career-track job that will allow Marquiese to grow within the company.  Jim Laystrom, the head of engineering in the company, has been designated as Marquiese’s mentor.  Marquiese is now working as a full-time employee on a career track at Laystrom Engineering.

Having these options for Austin Polytech students and opportunities for partner companies is exactly one of our key goals.

The story of Austin Polytech is a complex one, as we would expect with a new model, new partnerships and a vision of community development and reinvigorated manufacturing.  APA provides real opportunities for meaningful careers for students—with and without a college education—despite misperceptions in the general public as well as in the educational community that American manufacturing is dead.

Gary Yee, the chairman of the Board of Education in Oakland, California, visited Austin Polytech and went to classes.  Yee said, “Hearing and reading about APA and the Chicago Manufacturing Renaissance Council is one thing. Seeing the school and meeting the teachers, students, and partners is truly inspirational.”

Dan Swinney is executive director of the Center for Labor and Community Research. He can be reached at dswinney@clcr.org. For additional information, go to www.austinpolytech.org, www.chicagomanufacturing.org and www.clcr.org.