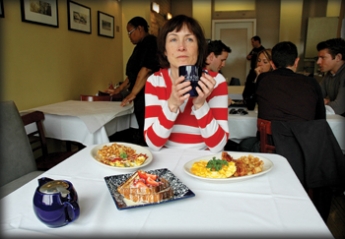 Lisa Nigro thought her goal in life was to protect the community. She enlisted in the police academy and became a Chicago Police officer. But on the job, she kept getting labeled by her colleagues as the “social worker.” Whenever families decided not to file a report on a domestic squabble or other incident, Nigro couldn’t just walk away. She let people know what community services were available to help them.

After five seasons, HBO’s addictive cop drama “The Wire” went off the air March 9. Behind the news:

The show’s absence cut into the diversity on television, having been one of few series with a largely minority cast. Nearly half of the 84 characters who appeared on the five seasons of “The Wire” were black, according to a visual observation of the show’s Web site by The Chicago Reporter. This is fairly consistent with the real population of Baltimore, where the show was set and filmed. According to 2006 census statistics, the city was 64.4 percent black.