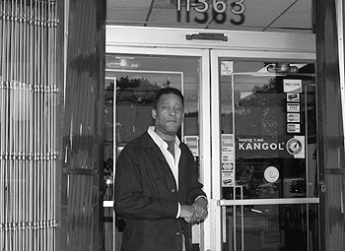 Ledall Edwards doesn’t want to jump to the conclusion that a statue of A. Phillip Randolph—the civil rights leader who organized Pullman train porters—cost his Roseland Business Development Council some $27,000 in federal anti-poverty funds. But, in retrospect, he realizes that his support of the statue may have not only cost him a city contract but standing with an alderman and a voice in the neighborhood’s development. In the 9th Ward, which includes most of the North Pullman and Roseland neighborhoods on the city’s South Side, the statue has become a divisive political issue. It was installed in 1997 on a city-owned vacant lot adjacent to a museum honoring Randolph. But 9th Ward Alderman Anthony Beale wants the statue relocated so that developers can bid on the vacant lot.

Each year since 2000, the Chicago Housing Authority has altered its schedule for completing the rebuilding and rehabbing of 25,000 public housing units. And now, according to a draft version of the CHA’s 2007 Annual Plan, the agency is pushing the deadline back six years to 2015. Until now, the CHA has long maintained that the massive $1.6 billion plan for tearing down high-rises, rebuilding some of those units in new, mixed-income developments and rehabbing existing family properties—popularly known as “The Plan for Transformation”—would be finished by the end of 2009. In the annual plan’s introductory letter, CHA chairperson Sharon Gist Gilliam and Chief Executive Officer Terry Peterson cite dwindling federal funds, increased construction and labor costs, and the involvement of a larger cast of “public and private partners” as reasons for pushing back the completion date. In the annual plan, the housing authority said it will have completed 20,000 of the 25,000 units by the end of 2009.

“We lost a lot of people last year,” said Christopher Curtis, 36, a lifelong resident of the Harold Ickes Homes. “You don’t ever hear about it in the news.” Curtis knows the development—and its residents—well. Most days, he might be found coaching an Ickes youth soccer team, rounding up residents on a school bus for neighborhood police meetings or fretting endlessly about how the newcomers from demolished buildings have made “The Ickes” one of the most dangerous public housing developments in Chicago. He was reminded of the February 2005 triple-homicide, conducted in broad daylight, on the Ickes basketball court that looks onto State Street.

With two working parents and an annual income of $36,000—about three times higher than the average family at the Altgeld Gardens-Murray Homes complex at Chicago’s southern end—Anita Williams and her family would appear to be ideal role models for public housing. But Williams, her husband and their two adult children aren’t sure whether it’s worth sticking it out at Altgeld-Murray. And the problem isn’t the gangs or the crime. It’s the rent. “I want to know how this is public housing and you got people here that’s paying $1,000 a month,” said Williams, who asked that her real name not be used in this story for fear of retaliation from the Chicago Housing Authority.

While the teardowns of high-rises has dominated talk of the Chicago Housing Authority’s sweeping transformation of public housing, more than half of the agency’s buildings will not be torn down. Many changes to public housing are occurring through rehabs of existing developments. Nearly all of the CHA’s scattered-site and senior developments have been rehabbed. And, during the past year, the CHA has introduced hundreds of rehabbed units at family developments like Altgeld Gardens and the Bridgeport Homes. Lawns, landscaping and playgrounds dot the courtyards between houses.