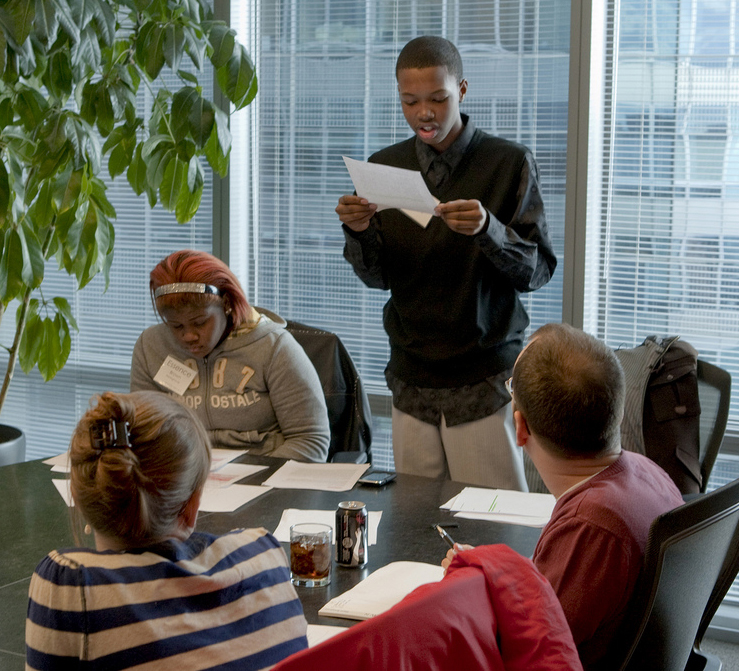 The Republican debates—21 so far this presidential primary season—have captured the attention of Americans.  As the New York Times reported on October 16, the television audience for these intense verbal clashes has been record-breaking, nearly doubling the ratings for the 2008 primary debates. While the candidates spar on the public stage, Chicago Public Schools students participate in their own, intense debates through the Chicago Debate League, a joint program run by CPS and its nonprofit partner, the Chicago Debate Commission.