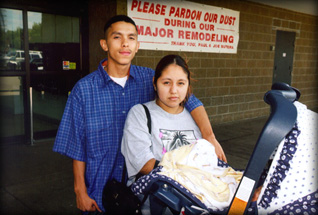 If this is the year Democrats break an almost three-decade-long losing streak and win the Illinois governor’s mansion, the changing political and racial landscape in the five counties that surround Chicago and Cook County might be the key. “Everything speaks to electing a Democrat governor this time,” said former U.S. Rep. Glenn W. Poshard, the 1998 Democratic candidate. A shift of minorities has forced Democrats to pay attention to the collar counties in this election–”a strategy that “wasn’t as obvious four years ago,” Poshard said. Previous election results, combined with data from the 2000 census, suggest the strategy makes sense. In the last seven gubernatorial races, dating back to 1976, Democrats have made gains in DuPage, Kane, Lake, McHenry and Will counties, according to an analysis of election returns by The Chicago Reporter.