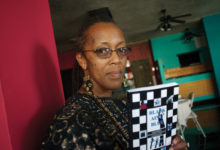 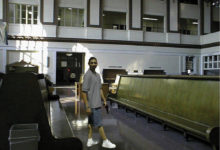 Race as a trigger

Would an unarmed black man be spared a barrage of 41 bullets fired by police officers if he were white? It is a question that’s been consuming Joshua Correll ever since Amadou Diallo, a 22-year-old Guinean immigrant, was killed by New York police officers in 1999 as he reached into his pocket for an object the officers believed to be a gun.

The news: On July 8, a 4-year-old boy was fatally struck by an oncoming SUV as he played with water gushing from an open fire hydrant in Englewood on Chicago’s South Side. Behind the news: Fire hydrants in the city’s predominantly black and Latino wards account for a vast majority of open or otherwise damaged hydrants. In 2006, the Chicago Department of Water Management, which manages the city’s estimated 47,000 fire hydrants, received 38,774 complaints about fire hydrants. A Chicago Reporter analysis shows that, in the summer months of June and July of last year, 96 percent of these service requests were due to illegally opened hydrants, and 90 percent of such incidents were reported in black and Latino wards. Larry Langford, spokesman for the Chicago Fire Department, said more fire hydrants on the South and West sides tend to be opened illegally by the public and used as a cooling device in the summer.