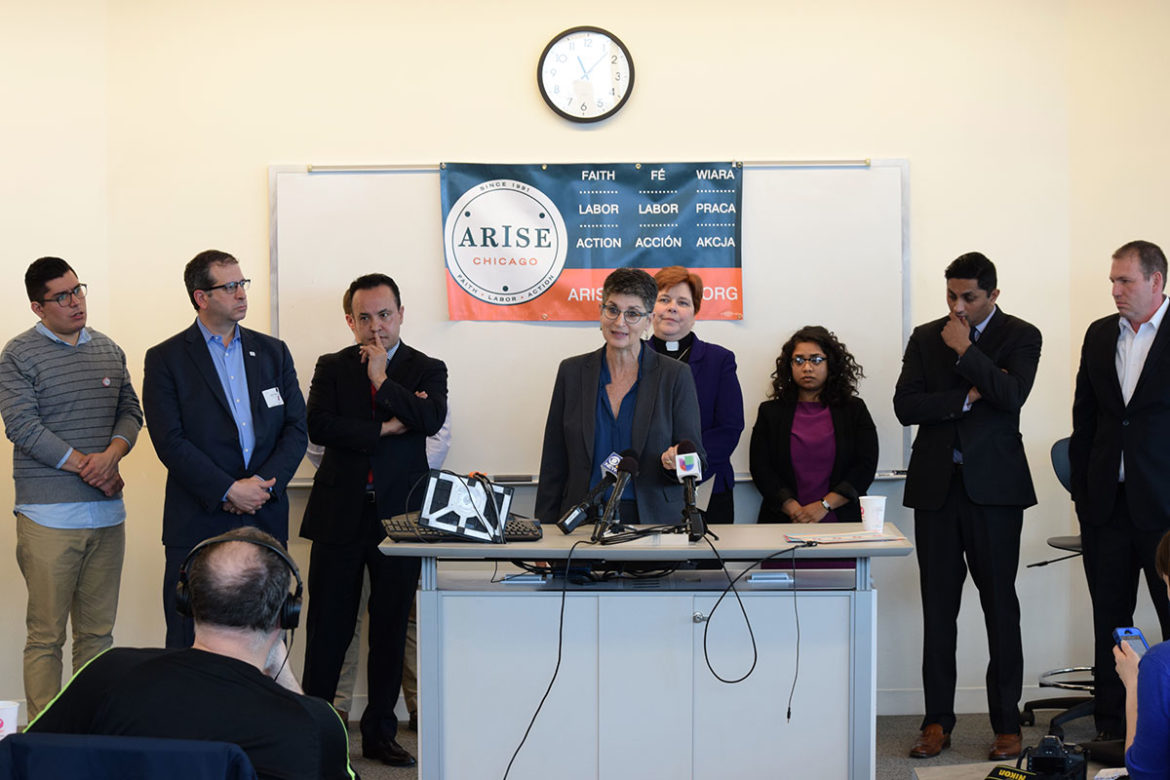 Several aldermen and workers’ advocates have launched a campaign to spur Chicago to toughen enforcement of its minimum wage and other labor ordinances with a new Office of Labor Standards.

The campaign comes just weeks after The Chicago Reporter found that enforcement of the city’s 2014 minimum wage ordinance has been largely ineffective. The city has investigated just a quarter of the 454 complaints filed since the ordinance went into effect in 2015, has recovered lost pay for only a few dozen workers and has yet to fine a single company for violating the ordinance. After questioning by the Reporter, the city said it would begin issuing fines.

Chicago is just one of a number of cities to enact higher minimum wage laws in recent years. (Chicago’s ordinance will raise the wage to $13 per hour by 2019.) But other cities, such as Seattle and San Francisco, also created new oversight offices—and have had much more success with enforcement.

“Simply raising the minimum wage on its own was not enough to reduce social vulnerability or to make it possible for people to get by or get ahead. We also knew it was not enough to pass paid sick leave [in 2016] on its own,” said Ald. Ameya Pawar (47th Ward), who was a member of the mayoral task forces that recommended both ordinances. “Without protections and safeguards in place to ensure we enforce these laws, we don’t actually know they’re going to be provided to the workers who need them.”

Pawar, along with Alds. John Arena (45th Ward), Carlos Ramirez-Rosa (35th Ward) and George Cardenas (12th Ward), say many of their colleagues in the Progressive and Latino caucuses are already on board with the campaign, led by the workers’ center Arise Chicago. They have not yet introduced legislation.

Local protections for workers are critical now because many low-wage workers are immigrants who are fearful of filing complaints with the federal labor department under President Trump’s administration, the group pointed out at a Thursday press conference. Trump has recently issued directives ramping up deportations of people living in the U.S. illegally.

A spokeswoman for the Mayor’s Office officials did not immediately respond to a request for comment. City officials previously told the Reporter that they adequately investigate all minimum wage complaints.

Labor advocates and aldermen want Chicago to follow New York City’s model and create a labor standards office within the existing Department of Business Affairs and Consumer Protection. That department was given the job of enforcing the minimum wage and two other labor ordinances passed since 2013, but got no additional workers or resources.

Janice Fine, a professor of labor studies at Rutgers University and one of the country’s foremost experts on local labor standards enforcement, said the proposed model makes sense because it would make it easier for the city to revoke the business licenses of violators. “It gives more tools to local enforcement agencies,” said Fine, who spoke at the Thursday press conference. (City ordinances already allow the department to do so, however.)

It’s unclear how much a dedicated office would cost. Fine estimated that Chicago likely needs at least 25 staffers. Both New York City and Los Angeles are larger than Chicago, and they have 35 and 40 staffers in their labor standards offices, respectively. Seattle and San Francisco are both smaller than Chicago but will have around 24 workers this year.

Several of these cities have formal partnerships with community groups and workers centers that educate workers about their rights and “co-enforce” the ordinances, Fine said. Seattle has budgeted more than $3 million for these partnerships this year, while officials in Los Angeles have asked to set aside about $1 million.

Labor advocates say these relationships are important because low-wage workers – and particularly those who are undocumented – are more likely to trust community organizations to help them with complaints.

“These are the people who are on the front lines with exploited workers, in the gridlock, in the chaos, seeking justice for the workers and so we’re calling on the City of Chicago to partner with those worker centers,” said the Rev. C.J. Hawking, executive director of Arise Chicago.