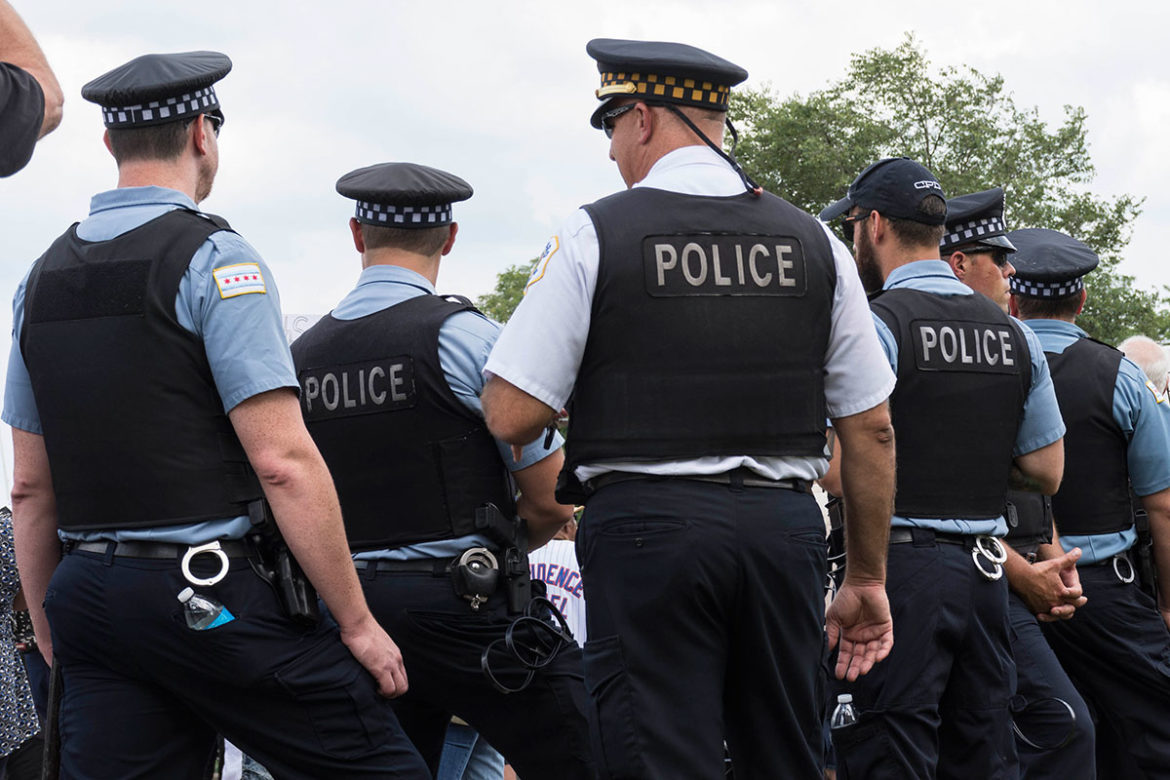 With Chicago reeling this week from a bloody July 4 weekend that saw more than 80 shootings claim the lives of at least 17 people, including young children, police Superintendent David Brown doubled down on his approach to stemming the violence at a press conference Monday.

“We must keep violent offenders in jail longer,” Brown said, arguing that arrestees are getting released too quickly and that the electronic monitoring program is “clearly not working” and needs to be revamped. Mayor Lori Lightfoot agreed on the need to keep violent offenders locked up in order to reduce crime.

Brown had deployed an additional 1,200 officers on the streets ahead of the holiday weekend to break up “drug corners,” in a strategy not unlike that of police chiefs before him. His plan was criticized by civil rights advocates and criminologists, WBEZ reported.

“Our endgame is arrests for the precursors to violence,” Brown said. “But when we clear the corner, we’re pleading with the court systems: Keep them in jail through the weekend.”

Brown’s remarks raise many questions. How did officers carry out this policing strategy? Did they make arrests for violent crimes or other charges? How long were arrestees in police custody? Do these defendants quickly bond out or remain detained? Do these kinds of arrests really keep violent offenders off the street and effectively prevent more violence? Queries like these are key to digging into Brown’s claims and gauging how effective CPD’s tactics are.

But it’s now substantially more difficult to check CPD’s claims and details about arrests. That’s because the department recently shut down its arrest API used by journalists and researchers. A data API, or application programming interface, provides access to structured information in a way machines can read, akin to the difference between getting data in a spreadsheet file versus copying it by hand into a spreadsheet.

CPD’s API provided access to comprehensive and timely data about arrests going back to 2014 in ways that can be processed and analyzed by software engineers and reporters.

The Chicago Reporter used the API last month to analyze police tactics during local mass protests following the Minneapolis police killing of George Floyd. CPD had released figures stating that the majority of arrests made on the weekend of May 29 were for criminal conduct related to looting, not protesting.

But by using CPD’s own data from the arrest API, we found the opposite to be true: the majority of civil unrest-related arrests made that weekend had been for offenses related to protesting. CPD revised their numbers and acknowledged that a number of arrests had been miscategorized. The mayor’s office also addressed the discrepancy in a statement to The Chicago Reporter, saying it was “working with the Chicago Police Department to ensure they re-run all data during this period of time to ensure a more accurate representation of arrests throughout the city.”

Within a day of our publishing this analysis, CPD removed access to the API for all users.

When we asked CPD why the API was no longer available, Assistant Director of Communications Luis Agostini said in a statement emailed June 18:

“We looked into this and confirmed with our IT Department that API was a tool that was previously available at one point, but has been discontinued / turned off. The API Access site is stagnant and not being monitored and should have been pulled down once the tool was no longer publicly accessible, and as a result, requests for access were not being reviewed.”

The Reporter has submitted two FOIA requests to CPD for emails and other internal communications about closing access to the arrest API but one was rejected for being unduly burdensome and the other has not received a response. In response to another request sent to the Civilian Office of Police Accountability for similar communications, that office said no relevant records existed. Of three related requests sent to CPD, one was never responded to, and two were also rejected for being unduly burdensome.

Gaining access to the API had actually been a lengthy process for The Chicago Reporter. We had requested access in late 2019 but never heard back from CPD and instead got access as a member of the Chicago Data Collaborative, a cooperative between newsrooms, academics, and nonprofit researchers to obtain, organize, document and link criminal justice data from public agencies.

dollars to donuts, CPD “revised” their inflated claims of looting *because* the @chicagoreporter checked the numbers. chilling that CPD has since restricted access to the underlying data.

vital work by the @chicagoreporterhttps://t.co/tVKaEa0zhw

With the API inaccessible, TCR and others now only have direct access to arrest information via CPD’s web-based arrest search data portal. But that portal does not provide data in a way that can be readily analyzed. Obtaining structured data from this system is costly and time-consuming due to the need to tell the system you’re not a robot every few searches. It also doesn’t include some key categories of information formerly available via the API, including the primary charge, bond hearing dates, IR number, and the FBI code associated with the type of arrest.

Another method to obtain detailed arrest data formerly available via the API is to file FOIAs for specific timespans, which are subject to exemptions and lengthy delays. The Reporter has submitted a request for arrest data from July 2 to 5 to analyze police tactics that weekend.

The removal of the API flies in the face of Lightfoot’s stated philosophy of “radical transparency.” Her mayoral transition report included a section on transparency through open data.

“A veil of secrecy, which hides many city decisions, exacerbates Chicagoans’ mistrust of city government,” the report says. “A radically transparent Chicago would see all Chicagoans having meaningful access to city records— not just the ability to access them, but the ability to find them in a user-friendly database with sufficient context to help identify and understand the information.”

The city of Chicago did not respond to request for comment at the time the arrest API was shut down.

“Having access to individual-level arrest data allows researchers like me to answer many important questions,” said Justin Feldman, research fellow at Harvard FXB Center for Health and Human Rights, who was using data obtained from the arrest API to study how policing practices might be contributing to the spread of COVID-19. “Limiting our access to arrest data means researchers cannot answer crucial questions that could inform criminal justice policy throughout the United States.”

For a police department notorious for its lack of transparency, this has a simple fix: release the data.

Asraa is the managing editor of The Chicago Reporter. Email her at amustufa@chicagoreporter.com and follow her on Twitter @AsraaReports.

David Eads is joining The Chicago Reporter as senior editor of design and delivery. David previously served as news applications developer at ProPublica Illinois and on the visual journalism teams at the Chicago Tribune and NPR Visuals. He is also a co-founder of the Invisible Institute, FreeGeek Chicago, a community-based computer recycling organization and the Supreme Chi-Town Coding Crew, a weekly workshop to teach data journalism.